Hasenhuttl heaps praise on ‘dangerous’ Southampton star: ‘He is a great threat’ – Football365 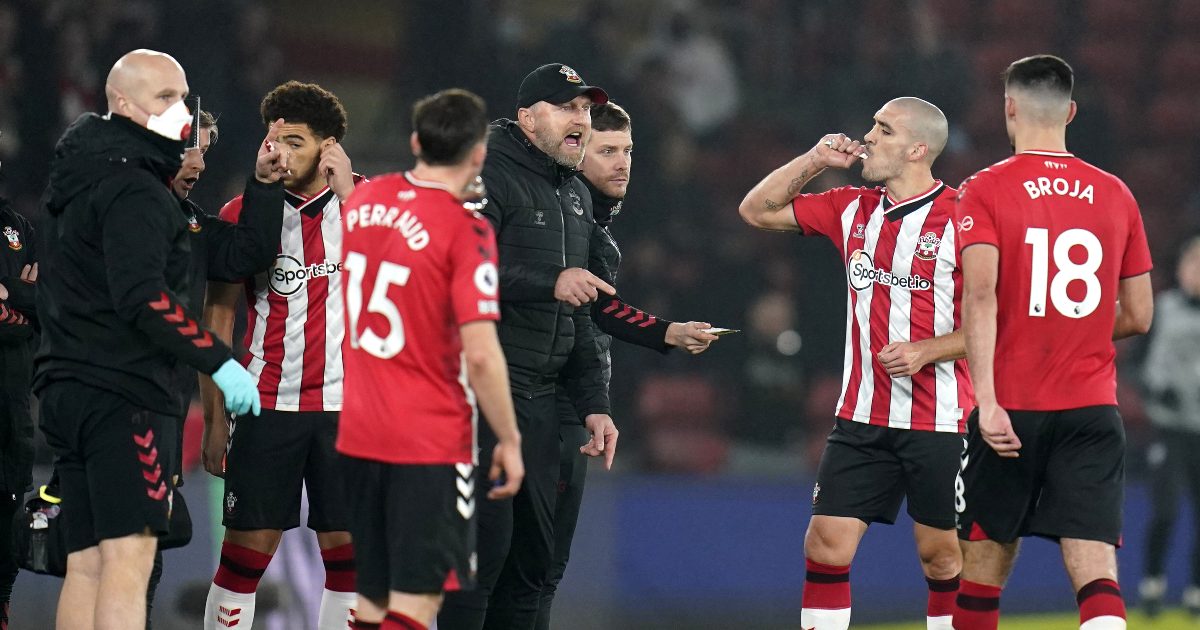 Ralph Hasenhuttl has heaped praise on Southampton attacker Armando Broja as he showed how “dangerous” he can be against Brentford.

The Chelsea youngster is with the Saints on loan until the end of the 2021/22 campaign. He had an impressive spell at Vitesse last season.

The 20-year-old has performed well for Southampton this term. He scored his seventh goal for the club against Brentford on Tuesday night.

Jan Bednarek and Che Adams also got on the scoresheet as Hasenhuttl’s side ran out 4-1 winners.

Southampton’s new owners were in the stands as they moved up to 11th in the Premier League.

The Saints are now unbeaten in their last five games across all competitions. As quoted by BBC Sport, Hasenhuttl said post-match that his players put in a “fantastic performance” against Brentford:

“They [the owners] saw a good game today and a deserved three points.

“We had 120 minutes on Saturday so to see our energy today from the beginning was impressive. Scoring four goals for the first time since 2017, it’s not very often that injury-time plays out and we feel comfortable because sometimes it’s tight. Today we had a fantastic performance.

“Our attitude today was don’t give up, go for every ball. You could see there is a reason Brentford are having a good season and we knew we had to keep them away from our goal, they are dangerous on set pieces and around the box. We had quick strikers up front and it was a very controlled and disciplined performance today.

“We had a new formation that we haven’t used for a while but Oriol [Romeu] was good and James [Ward-Prowse] was fantastic. We are happy.”

On Broja: “He’s a great threat. He has not had many poor games this season and today he showed again how dangerous he can be for the opponent and he’s very helpful for our game.

“An important result for us. Unbeaten in five games now and even longer at home. We spoke about getting a second and third goal and being able to play calmer football so that was fantastic to watch. Today was one of the best performances at home.”