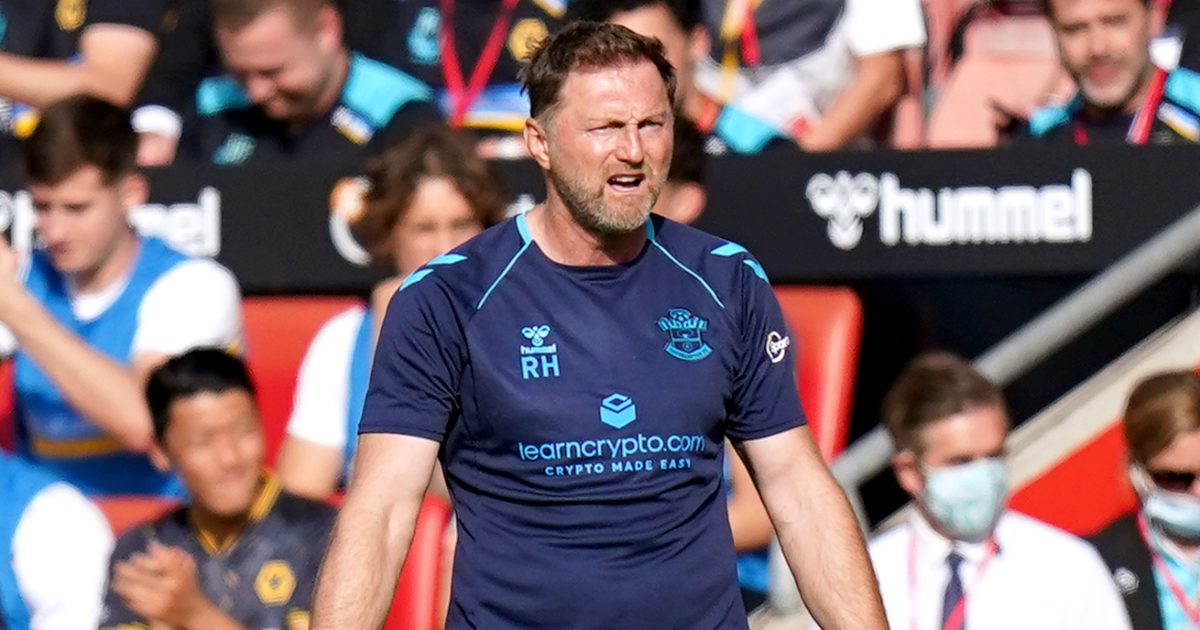 Ralph Hasenhuttl insisted that “we are all disappointed” after his Southampton side were booed off the pitch after their defeat against Wolves.

The Saints fell to their second defeat of the season on Sunday against Wolves. The game was settled by Raul Jimenez’s superb second half goal.

With this result, Southampton are still without a win in the league, as they have drawn their other four games.

Jimenez is back but Wolves still have an asterisk

As reported by Hampshire Live, Hasenhuttl responded to the boos by insisting that everyone at the club is “disappointed”:

“We are all disappointed. At the moment we are struggling to find the way to score. This is frustrating, to be honest,” said Hasenhuttl.

“The chances were there today but we just do not get a big chance against a team who defends this deep.

“We had the best of the play but did not score – and then they scored from a very naive situation.”

Hasenhuttl went onto discuss Adam Armstrong’s start at Southampton. He has scored one goal since joining the Saints from Blackburn Rovers during the summer.

His boss suggested that it is normal for a striker to need “time to adjust”:

“It is not new that a striker is joining us needing a little bit of time to adjust to the Premier League.

“It’s not just the strikers. We have number tens arriving in good situations to score.

“There were some interesting situations where we should have made more of it but there was always a blocked shot.

“I counted a lot of moments where we created much more than they did but they had one moment where Jimenez showed his quality.”

Jimenez was delighted to score against Southampton as he ended his 336-day wait for a goal:

“I want to score every game, I knew the goal was coming, I was fighting for it, working for it and all the team deserve it.

“I was thinking ‘when will the goal come?’. It felt really good. Four of our five games have been incredible, we need to keep going like this. We did a really good job.

“The fans are always with us, supporting. It is really important for our team, to have them supporting and shouting.”