Skip to content
Home » Iheanacho: My Moment Of 2021 – Leicester City

Iheanacho: My Moment Of 2021 – Leicester City 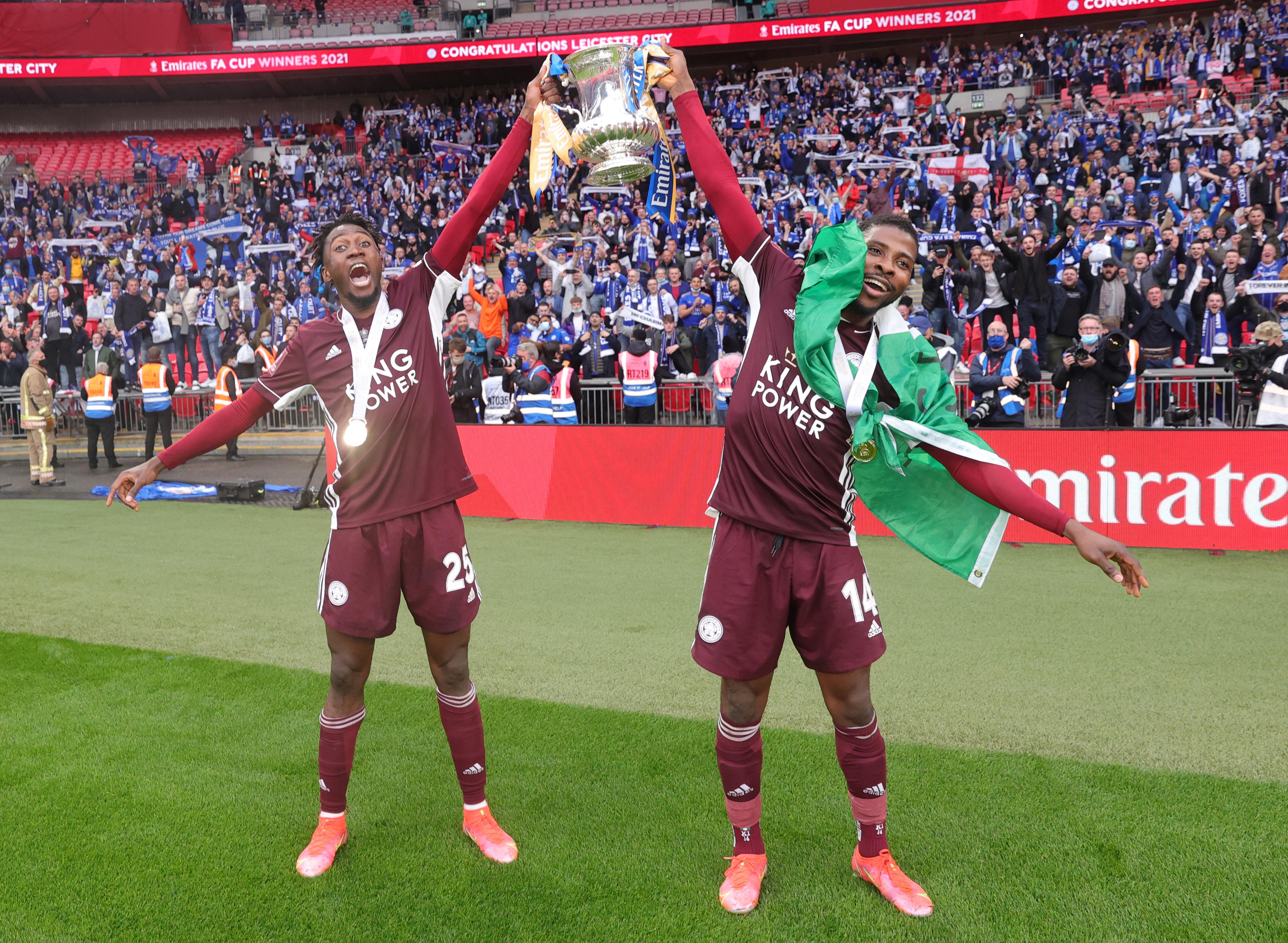 As the hour mark passed by during the Emirates FA Cup Final between Leicester City and Chelsea on 15 May, 2021, little did Kelechi Iheanacho know that his most cherished moment of the year was about to arrive.

The Nigeria international striker was instrumental in Leicester’s surge to the Wembley final. He scored the winning goal against Brighton & Hove Albion in the fifth round, delivering a typical post-match interview in which he claimed he didn’t want the game to go to extra-time simply because of the chilly conditions.

In the quarter-final, he opened and closed the scoring with brace of strikes against Manchester United at King Power Stadium, and a solitary effort against Southampton in the semi-final meant City would contest their first FA Cup Final since 1969.

‘Mr. FA Cup’ soon became an alternative nickname for those who already called him ‘Seniorman’. His four goals in the competition meant history had already been made, but more was yet to come.

As a goalless encounter with the soon-to-be European champions ticked on at Wembley Stadium, a moment of magic blew all of those in attendance away in the 63rd minute. Youri Tielemans was the architect, unleashing an unstoppable 25-yard drive into the top corner.

More drama would follow when Ben Chilwell thought he had drawn the Blues level in time added on, however VAR quickly intervened and it was the boys from Leicester that got their hands on the Football Club’s first-ever FA Cup trophy.

Watch the moment Leicester City lifted the FA Cup for the first time.

Iheanacho said: “2021 has been brilliant for us. We won two trophies and we did really well. It was brilliant. Hopefully, it will happen again.

“With football, you never know what will happen, but we’ll work towards this and hopefully the second half of the season will be very good for us.

“My personal highlight was Youri [Tielemans’] screamer (vs. Chelsea in the FA Cup Final). I was looking at the ball from when it left his foot until it went into the net.

“The feeling when the final whistle went, I couldn’t believe it, but it was a good feeling and I think everyone at Leicester City Football Club, and Leicester city as well, we really felt that was one moment that everyone loved.”

Iheanacho would later fire home the winner against Manchester City in the FA Community Shield on the same turf, sealing a second piece of silverware for City in 2021.