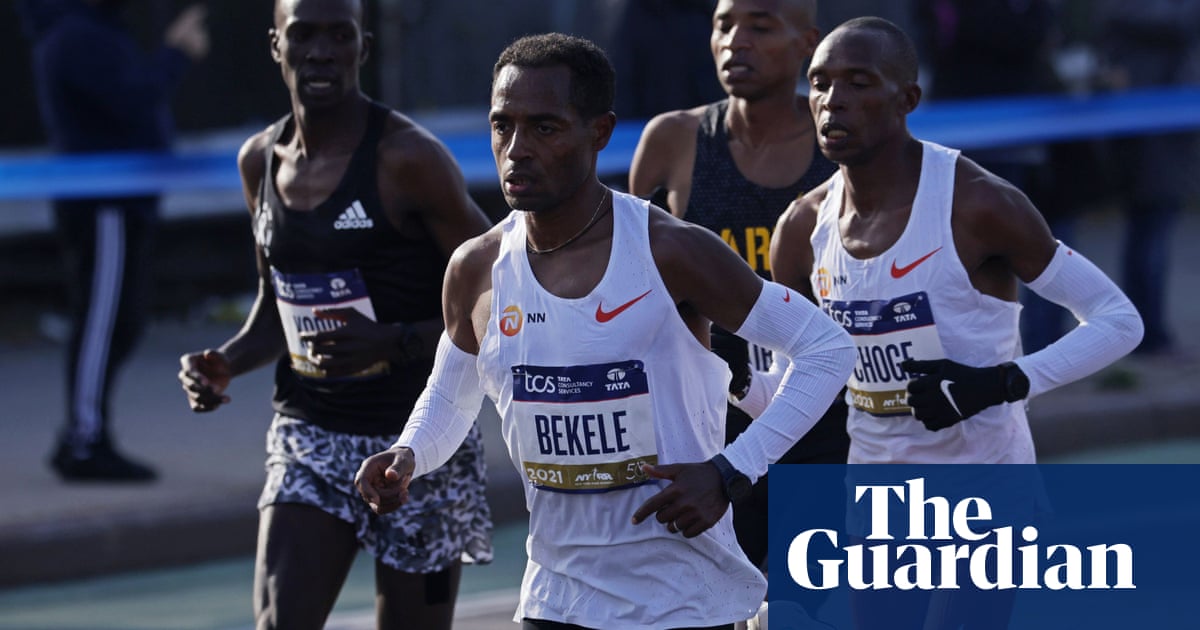 The 40-year-old Bekele, who will run the London Marathon on Sunday, paid tribute to his great rival’s achievements over 26.2 miles but he also made it clear that if performances on the track, cross-country and world records were taken into account, he should be considered without equal.

During his storied career, Bekele has won an extraordinary three Olympic gold medals, 17 world titles over cross-country, track and road, and held the world 5,000m and 10,000m records for 15 and 16 years respectively – until the arrival of “super spikes” allowed Ugandan Joshua Cheptegei to finally break them in 2020.

However even now the legendary Ethiopian remains the second quickest athlete ever over 5,000m, 10,000m and the marathon.

Asked about whether Kipchoge’s 2hr 1min 9sec run in Berlin made the Kenyan the greatest, Bekele replied: “From my side, I don’t want to put in myself [in the conversation]. But what I did in world championships, Olympics, cross countrys and the world records – for those competitions of course I am the best.

“With the marathon I couldn’t achieve what everybody hoped,” he added. “Somehow I failed with some marathon races. But, on the other hand, my marathon times also tell you something. I am second overall behind Eliud Kipchoge. And it was very close. It was only two seconds until last week.

“So this tells everyone: it doesn’t matter if I win a marathon 10 times or 20 times, how many athletes can run this time? Of course I’m not perfect. I’ve not really achieved all the spectators or my fans wanted from me. But, on the other hand, those results were not easy to achieve.”

Bekele has not produced many sparkling performances in recent years, but his marathon personal best of 2:01.41 came in Berlin in 2019 after a similar spell of mixed results.

And he appeared optimistic ahead of Sunday’s race, telling reporters: “My fitness is really good now and I am expecting to get a good result. Of course, I am here to win. You never know because this is not an easy race, but my wish and plan is to win the race.

He also dismissed suggestions that it could be his last race, adding: “My mind tells me not yet. I follow the feeling in my mind. Someday maybe my mind will tell me this is enough, stop here, but now is not my time.”

Bekele also offered his sympathies to Mo Farah, who was forced to pull out of the London Marathon this week due to a hip injury. “I faced many years of injuries and I know how it feels, especially at his age,” he said. “It’s not easy to come out from that, but if he is mentally and physically strong, especially mentally, I am sure he will do better in the future, for a couple of years.”