Dana White has always been vocal about his dislike of celebrity boxing matches, and the UFC president hasn’t changed his opinion after the showdown between Floyd Mayweather and Logan Paul. 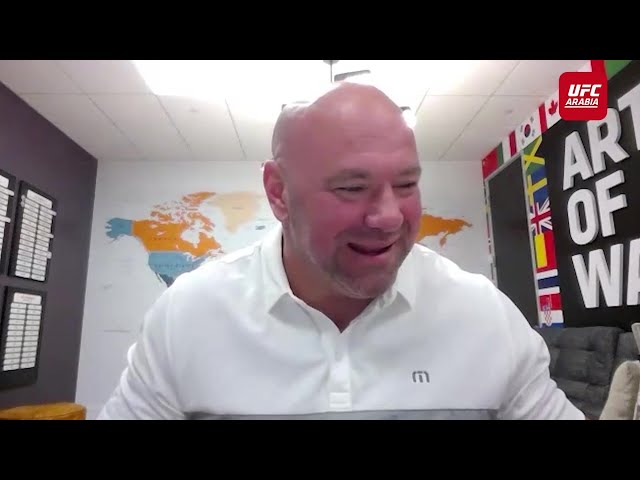 In a recent interview with UFC Arabia, White revealed that he would never organize a celebrity boxing match, no matter how alluring the prospect. In exemplifying the magnitude of celebrity boxing events, Dana White mentioned a hypothetical matchup between two-division UFC champion Amanda Nunes and reality TV sensation Kim Kardashian. When asked if he would consider a move to boxing promotion after the recent bout between Mayweather and Logan Paul, Dana White replied:

“Last night? Oh come on, that was no f***ing boxing match. Like I said before man, there’s always gonna be a market for that kind of stuff. There’s always gonna be people that are willing to put down fifty bucks to watch that kind of stuff. That’s just so far away from what I….imagine…think about this, imagine if Kim Kardashian wanted to fight Amanda Nunes, how big do you think that fight would be? It’s huge, it would be the biggest event. But give a f***ing break.”

Dana White does intend to fix the boxing model

During his time at Fight Island in Abu Dhabi, Dana White had repeatedly hinted at working on a boxing matchup under his banner, Zuffa Boxing. White even claimed that the COVID-19 pandemic had been a blessing in disguise for Zuffa Boxing.

While Dana White has been vocal about his intentions to fix the ‘broken model’ of boxing, it doesn’t look like he will make a move soon. Shunning celebrity boxing events as a waste of time, White further added:

“No, it’s exactly what boxing has always been. You know, you create this energy around a fight where you are like, oh this, that. Then you watch it and you just turn the T.V. off and go, ‘Man I just wasted another evening.’ I never want that feeling when I turn the T.V. off after watching some of our fights.”

Please take 30 seconds to answer this survey so that we can better understand how to serve your MMA needs.