Skip to content
Home » Is Leicester’s fairytale coming to an end? – The Star Kenya

Is Leicester’s fairytale coming to an end? – The Star Kenya 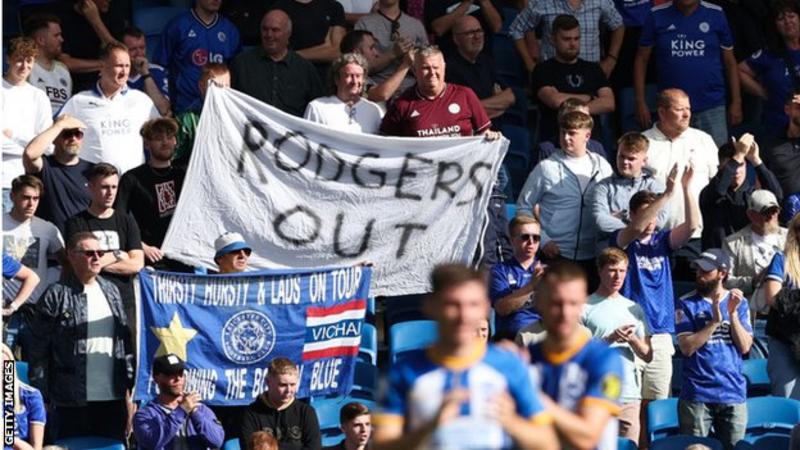 The past seven years have been the best in Leicester City’s history — but is the fairytale coming to an end?

An against-all-odds Premier League title success, a run to the Champions League quarter-finals, Wembley wins in the FA Cup final and Community Shield, reaching the last four of a European competition — Foxes fans have had a lot to celebrate.

But nothing lasts forever and those supporters are now fearing a relegation battle. Following Sunday’s 5-2 defeat at Brighton, Leicester are bottom with just one point from six matches amid growing unrest in the stands, a lack of confidence on the pitch and an under-pressure manager unhappy at not being able to strengthen his squad.

Match of the Day presenter Gary Lineker, a lifelong Leicester fan and ex-Leicester player, wrote on Twitter that it was “worrying times for us Foxes fans”, adding that the team were “awful defensively and seem to be playing a different system every 45 minutes”.

He was not the only one unhappy. At full time at the Amex, a banner in the away end was displayed, saying “Rodgers out”.

Brendan Rodgers has been manager since February 2019 and in his three full seasons with the club, Leicester have won the FA Cup for the first time, won the Community Shield, reached the semi-finals of the League Cup and the Europa Conference League and also finished fifth, fifth and eighth in the Premier League.

After the loss to Brighton, he said: “The results are down to me, I’m the manager, and we need to work even harder and get that first win.

“My focus is on the football and trying to give the players the confidence and structure to our game to get back to winning.

“We’ll arrive with a new energy, focus and hopefully confidence next week. You put the hard yards in now and work, not shirk responsibility.”