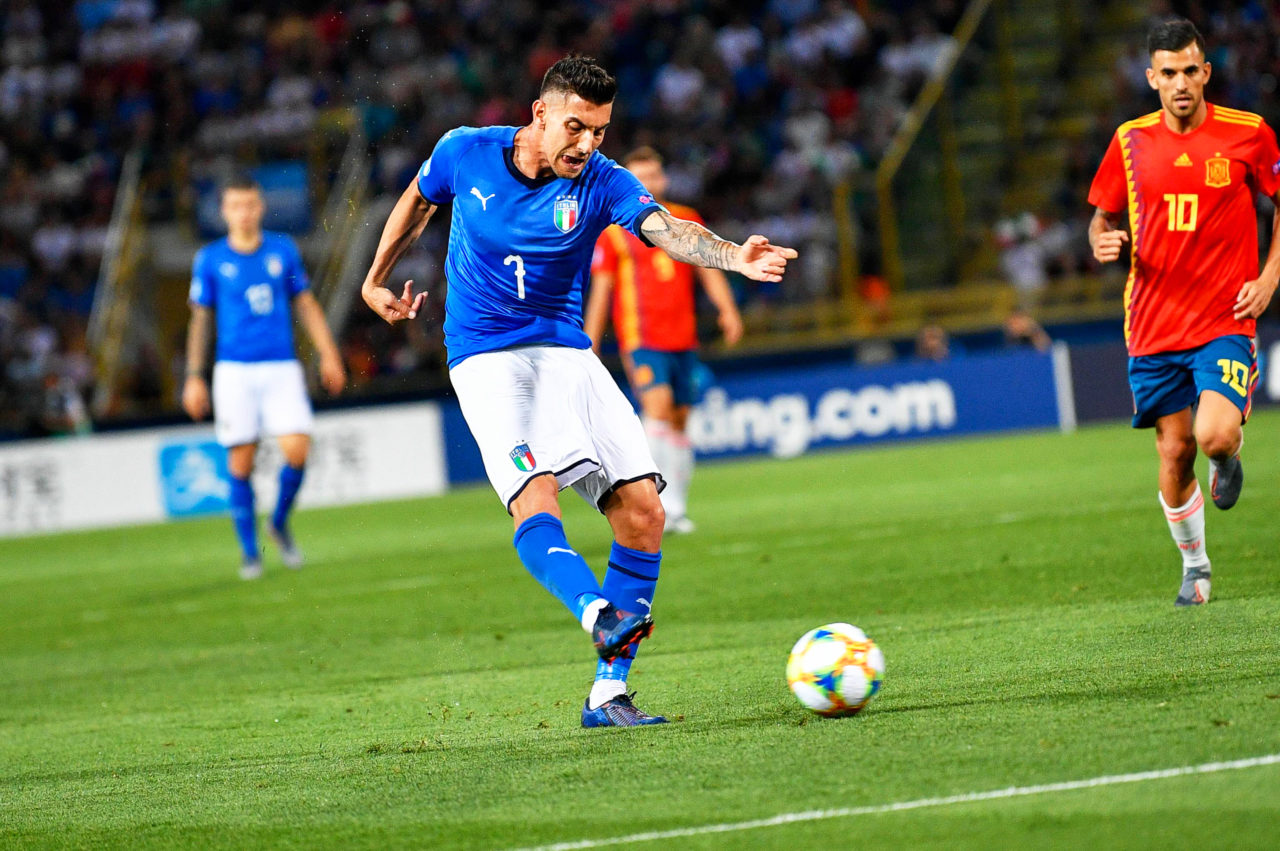 Lorenzo Pellegrini, Lorenzo Insigne and Federico Chiesa are all options to play as a False 9 for Italy in the Nations League against Spain.

Italy go into the game without real centre-forwards, as Ciro Immobile and Andrea Belotti are both out injured.

Giacomo Raspadori and Moise Kean are youthful alternatives, but their lack of experience and the tactical considerations of playing against Spain suggest Roberto Mancini is leaning towards a False 9.

The coach said in an interview with RAI Sport that it was unlikely he’d opt for Chiesa as a centre-forward, despite the fact the player has been used in that position recently by Juventus.

Other options suggested are Roma creative midfielder Pellegrini, while Insigne would be another alternative.

Domenico Berardi is another contender, although more likely to be played wide.

Spain are in a not dissimilar situation, as Alvaro Morata, Gerard Moreno, Pedri, Dani Olmo and Jordi Alba are all out of action.

Mikel Oyarzabal and Pablo Sarabia are options to lead the attack, potentially swapping positions to keep the defence guessing.