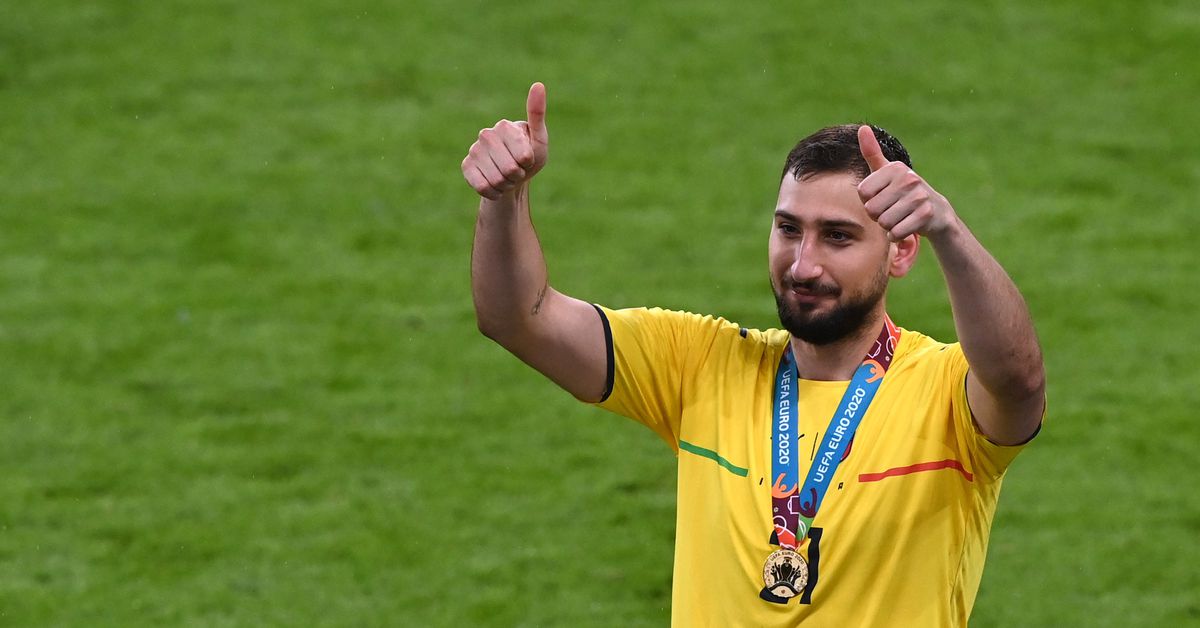 July 14 (Reuters) – Italy goalkeeper Gianluigi Donnarumma has joined Paris St Germain on a five-year deal after leaving Serie A club AC Milan on a free transfer, the French Ligue 1 side said on Wednesday.

Donnarumma, who was crowned Euro 2020 Player of the Tournament after Italy’s victory over England in the final, helped Milan finish second in Serie A last season to secure Champions League qualification for the first time since 2013-14.

During his six seasons in Serie A, the 22-year-old made 215 league appearances, while becoming the youngest goalkeeper in Italian national team history, at the age of 17 years and 189 days, during a game against France, in September 2016.

“I am delighted to be part of this huge club,” Donnarumma said. “I feel ready to take on this new challenge and continue to grow here. With Paris, I want to win as much as possible and to bring joy to the supporters.”

“All the Rossoneri I met, from the first to the last day, will always be in my heart as a fundamental part of that journey through life that made me what I am today,” he said.

“I wish Milan all possible success and I do that with my heart, for the affection that ties me to these colours, a sentiment that distance and time cannot cancel.

“I arrived at Milan when I was little more than a child, for eight years I wore this jersey with pride. I also achieved important personal targets with the Rossoneri shirt, such as my debut at the age of 16 in Serie A. I experienced extraordinary years that I will never forget.”

PSG have been busy this summer in the transfer market, having already brought in veteran Spanish defender Sergio Ramos on a free transfer after he left Real Madrid, along with the capture of fullback Achraf Hakimi from Inter Milan.

“I know Gianluigi will receive a warm Parisian welcome from everyone at the club, including his team mates, our staff and all the supporters.”