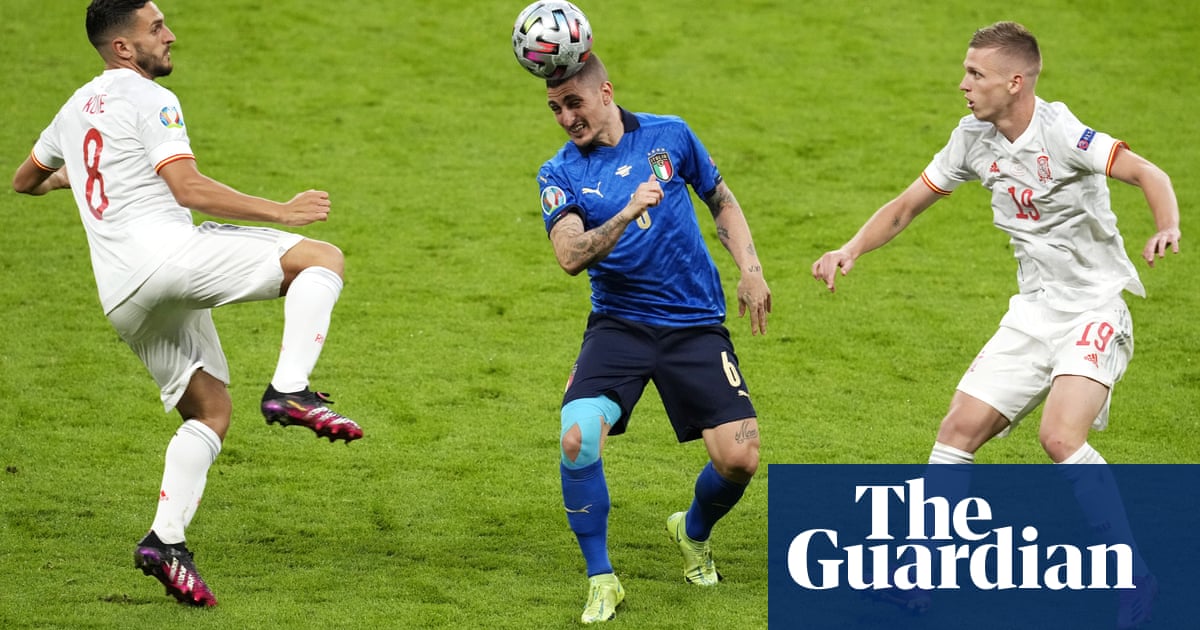 Marco Verratti believes Sunday’s Euro 2020 final between Italy and England will be decided by which side cope better with the pressure of a “history-making” match.

The Paris Saint-Germain midfielder has been an ever-present for the Azzurri since their win over Wales in the third group stage game after fears that he could miss the tournament because of knee injury. Italy are unbeaten in 33 matches and have never lost to England at a major tournament, and the 28-year-old said the final at Wembley would go the way of the team that hold their nerve.

“These matches are there to be grabbed – we must win,” Verratti said. “They want to win clearly because they are playing at home and have never won a European Championship so the details will decide things. We must focus on our playing style and put aside everything else. These matches can put you under a lot of pressure and I think that the team that plays with a mind that is free will gain the upper hand.”

Italy’s usually dominant midfield struggled at times during their semi-final against Spain before the team prevailed on penalties. But Verratti appeared confident when asked whether his partnership with Chelsea’s Jorginho and Nicolò Barella of Internazionale could give them the edge over England’s Declan Rice and Kalvin Phillips.

“I think the two matches will be very different,” he said. “Yes, midfield is a key area and we can perhaps make the difference there. We must keep the pace of the game high but we know that they play with two central midfielders who make the team very balanced.

“That allows them to play with almost four forwards, so they are very strong. England have done a great job; they got to the final for the first time and this says a lot. They are a very solid and balanced team. I’m happy we will be playing them in a great stadium – it’s the dream you have as a kid. I think it will be an epic final and history-making either way.”

Verratti made his Italy debut in a 2-1 friendly defeat by England in August 2012 and started the victory over England in Manaus during the 2014 World Cup. This is his first tournament since, after he missed Euro 2016 with injury and the team failed to qualify for the 2018 World Cup under Gian Piero Ventura. He has become a mainstay of Roberto Mancini’s midfield and paid tribute to the former Manchester City manager for transforming the national side’s fortunes.

“Mancini did a huge job with us – everyone can see it,” he said. “He is a very special manager for us because he has boosted our confidence when we had bad results. He was the perfect man for the job because he re-triggered our enthusiasm. We actually have fun. We haven’t lost in 33 matches and that tells you he is doing a great job.”