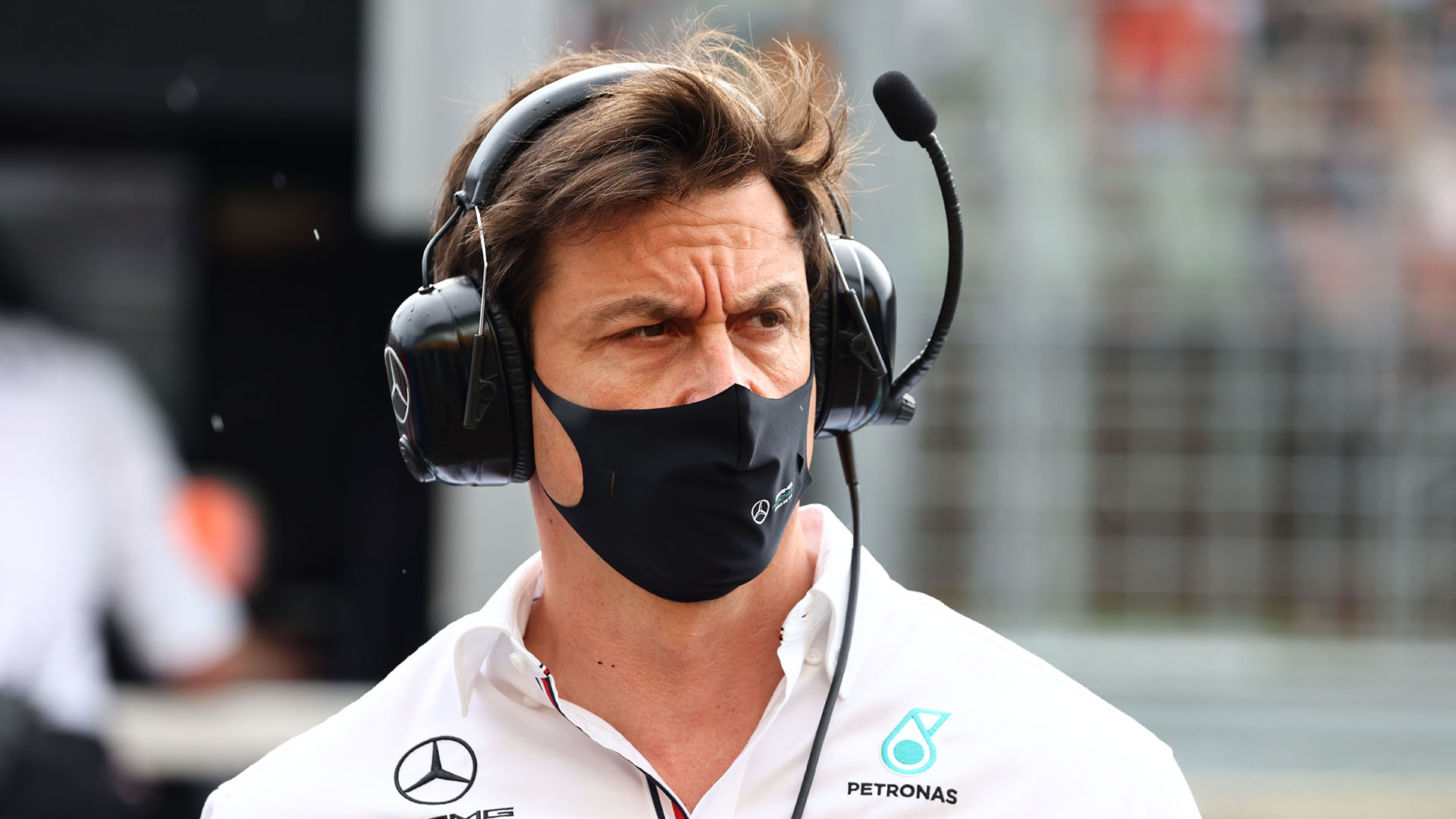 Valtteri Bottas’ first lap crash in the Hungarian Grand Prix, which caused the retirement of Sergio Perez’s Red Bull and significant damage to Max Verstappen’s, added another layer of spice to the simmering Mercedes vs Red bull battle in 2021 – with Mercedes Team Principal Toto Wolff offering an apology to his rivals after the race.

Bottas locked up under braking in wet conditions on the run down to Turn 1 at the start of the race, running into the back of McLaren’s Lando Norris, who then hit Verstappen, causing major damage to the Dutch driver’s right-side barge board – while Bottas then slid into Perez, causing his retirement, with Red Bull fearing the Mexican may require a new engine as a result of the damage.

And with Christian Horner having labelled the crash “hugely frustrating” – his team having now scored just two points in the last two races – Wolff was in a conciliatory mood after the Grand Prix.

“I completely understand the feelings,” he said. “All I can do is to take it on us. It was a small mistake being too late on the brakes and took out Lando and the two Red Bulls and it’s not how things should go. But in the rain it can be quite tricky.

“The mistake was unfortunate with big consequences,” Wolff added. “[Valtteri] got sandwiched by the two cars in front, lost all downforce and then it was already too late.”

Asked by the media whether he would seek out Horner to apologise directly, Wolff replied: “No, I will do it in public like I’m doing it here with you, that I’m sorry for that.”

READ MORE: Hamilton explains decision not to pit for dry tyres at restart as Wolff maintains Mercedes ‘did the right thing’

Despite his damage, Verstappen was able to drive to P9 to claim two points.

But Lewis Hamilton overcame a strategy misstep by Mercedes – which saw Hamilton fail to pit for slicks along with the rest of the field at the Lap 4 race restart, dropping him to last place – to finish P2, as both he and Mercedes moved to the head of the drivers’ and constructors’ standings going into the summer break.

But with Hamilton having been held up for several laps during a titanic battle with Alpine’s Fernando Alonso, Wolff reckoned that without that, Hamilton could still have won in Hungary rather than Alonso’s team mate Esteban Ocon – although Wolff added that “karma” had perhaps decreed that it wasn’t to be Mercedes’ day.

READ MORE: Verstappen laments frustrating run to P9 in Hungary after being ‘taken out by a Mercedes again’

“[Fernando] defended hard,” said Wolff of Hamilton’s battle with Alonso. “He races well, his racecraft is enormous, and you can see the result. He made Alpine win the race with a young French driver, and when you’re out there, that’s what you’re supposed to do.

“We could have won today,” Wolff added. “We lost a lot of time behind Fernando and that made Esteban win the race, and that is good. And maybe the thing with karma, maybe we didn’t deserve today the full 25 points.”