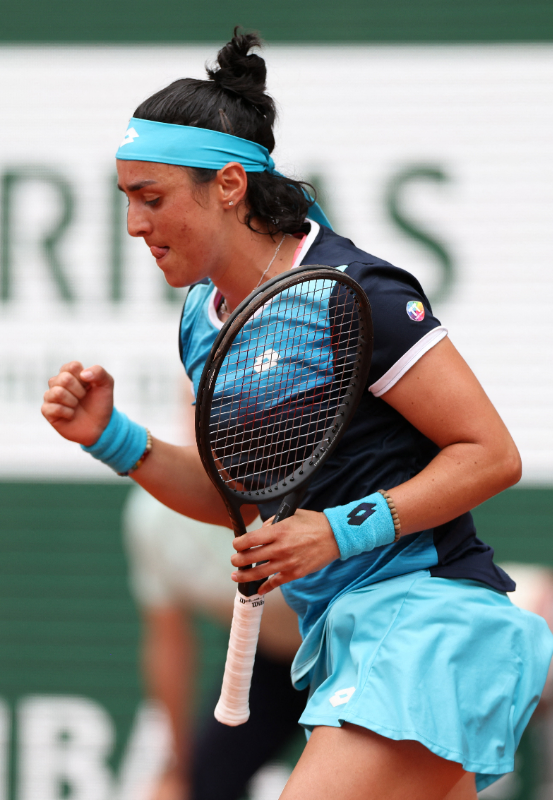 As she savoured the adulation from the Tunisian public following her historic run to the Wimbledon final, Ons Jabeur may have afforded herself a wry smile given her change in popularity in her home nation.

For just two years earlier, Jabeur — who became the first African and Arab woman to reach a Grand Slam final in the Open era last month — had been branded a traitor by some Tunisians, to the point where she even received death threats.

“It was a very tough period for me,” the 27-year-old told BBC Sport Africa. “People threatened me to death because I played [a tennis match].”

Next week, the world number five repeats her bid for a first Grand Slam title at the US Open, following on from her defeat by Kazakh opponent Elena Rybakina in south west London.

Her run to the final earned her a reception with Tunisia’s president, where incumbent Kais Saied declared her a “champion who had honoured Tunisia” and bestowed upon her the Order of Merit in recognition of her achievements.

“You’re an idol for young Tunisian men and women,” Saied told her.

It was a remarkable contrast to February 2020, when Tunisia’s Ministry of Foreign Affairs announced Jabeur had acted contrary to “the official position of the Tunisian state”.

Her offence? To have represented her country against a scheduled opponent, as set out by the International Tennis Federation (ITF), at what is now known as the Billie Jean King Cup. The problem was that the opponent in question was from Israel, a country which the north African nation — in solidarity with fellow Arab land Palestine — does not recognise.

“Any form of relations with the Zionist entity, even when it comes to sports matches, is refused,” the ministry said in a statement. “The women’s national tennis team’s participation in a match with the Israeli occupation entity is considered a violation of Tunisia’s commitments towards the just Palestinian cause.”

In the past, Tunisia’s tennis federation (TTF) had been known to issue strict instructions to some players in a similar situation, such as when it ordered Malek Jaziri to withdraw from a match against a male Israeli opponent in 2013. That decision saw the ITF suspend Tunisia from the Davis Cup for one year.

A month before Jabeur’s clash, the waters were already heated when a politician called for a national inquiry after Aaron Cohen played three matches in Tunis representing Israel, having entered the country on a French passport.

Nonetheless, Jabeur still felt compelled to play both her singles and doubles clashes with the Israeli opponents in the Finnish capital Helsinki.

“I’m not sure someone from outside could understand this, but I can say it was a very serious problem – it was just not a tennis match any more,” she recalled. “We had a very difficult time. We had been threatened to death, so it was serious. The messages were on social media.”

So why, given the context and history, did she play and defy traditional Tunisian convention?

“Obviously it was a very tough decision,” she explains. “Everybody knows that we support Palestine, and I hope that Palestine will be free very soon. It’s tough to see children dying every day, but the decision was not up to me.

“They didn’t give me any options to play or not to play. I know that if I didn’t play, I would be fined. And I’d maybe be stopped [from playing] for two or three years.”

So play she did, winning both her matches to advance Tunisia’s cause in the world of international women’s tennis – even if it came at a scary cost to herself.

“It was not easy but we had to move on,” she said.

In May, during a run where she became the first Arab woman to win a WTA 1000 title, at the Madrid Open, Jabeur spoke out against the mixing of politics and sport in response to a question about the ban on players from Russia and Belarus at Wimbledon. She then referenced her experiences in Helsinki, saying – at the time – that she “had always been told… to never mix” the two.

“That’s why I said do not mix sports and politics, because it was a very difficult time,” says a woman nicknamed the ‘Minister of Happiness’ by her supporters back home.

Jabeur’s experience in 2020 has left her more determined than ever about her views — with the Tunisian saying she was “confused” when players from both Russia and Belarus were barred from Wimbledon.

“I know my position very well. Sport is meant to be peaceful — not to support war or anything else, for sure.”

Today, Jabeur has moved on to such effect that on the eve of Wimbledon, where ranking points were annulled this year on account of the decision to bar the Russians and Belarusians, she made it to number two in the world. This was the highest ranking ever achieved by an African and Arab, whether male or female. During Wimbledon itself, Tunisia went tennis mad, says local reporter Souhail Khmira.

“People tuned in to watch Ons on television. She was all over social media, dominated news bulletins and was the highlight of those weeks,” Khmira told BBC Sport Africa.

“People are now far more interested in tennis, which was never really the case. Talking about tie-breaks and holding serve is a language Tunisians are not used to but they are learning. Jabeur was a sensation during Wimbledon.”

During the course of her rise, she has greatly boosted the popularity of the sport in her homeland — not just in terms of participants, but also their sex — with many more girls and women playing than ever before.

“We cannot thank her enough,” TTF president Salma Mouelhi Guizani told the BBC. “She (has) brought joy and happiness into every Tunisian household. She waved the Tunisian flag and raised us high.

“I was in London and saw the love of everyone who was rooting for Ons. When you see everyone from all over the world clapping for her, this is the best image for Tunisia. We’re now on our feet with strong motivation thanks to Ons’ results. The whole nation is proud. We are very grateful as a federation.”

With President Saied wishing her every success for the future — one which resumes next week in New York as she bids for a maiden Grand Slam title — it appears Jabeur can only further boost the remarkable impact she is having on Arab and African tennis.