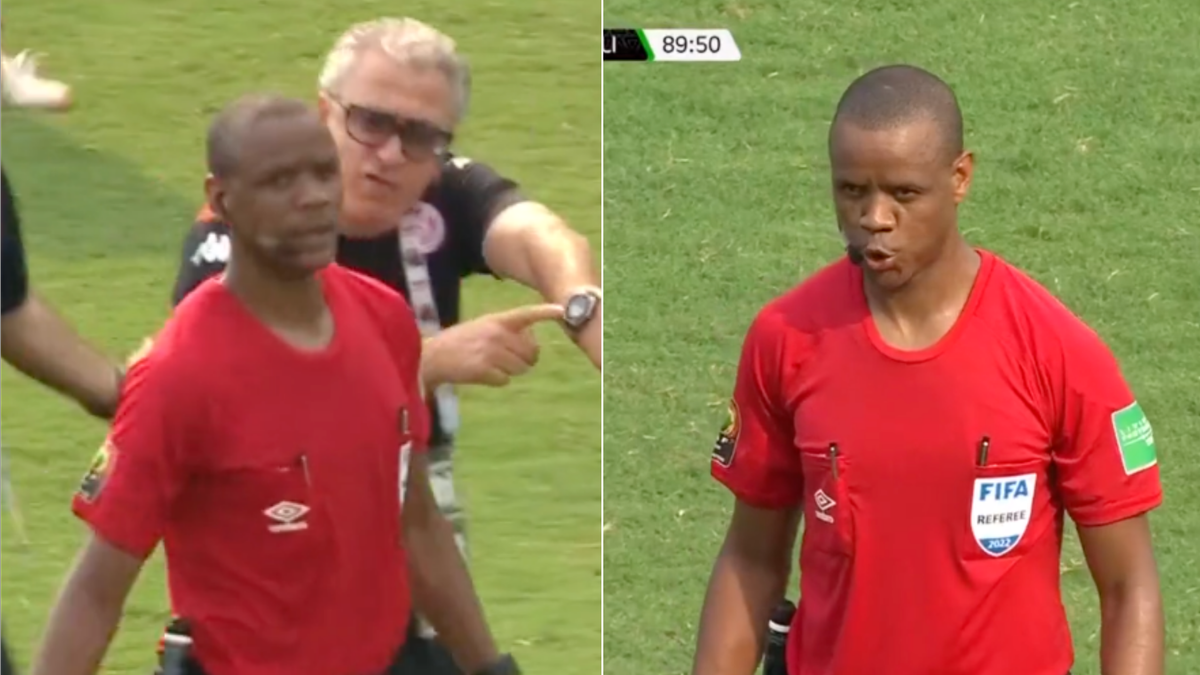 The referee from Mali’s controversial victory over Tunisia at the Africa Cup of Nations has previously been suspended over allegations of corruption.

Mali defeated Tunisia 1-0 on Wednesday afternoon, in both sides first game of this year’s tournament, but the match ended in near farcical scenes.

Referee Janny Sikazwe twice blew up for full time early, first in the 85th minute before ending the match in the 89th minute and walking off the pitch, with the players later brought back, although Tunisia refused to come back out.

There were other decisions in the game that angered fans and there were claims of corruption against the Zambian, by people on social media.

Now it’s been uncovered that Sikazwe was actually suspended back in 2018 over suspicion of potential corruption, after an African Champions League semi final match between Esperance and Primeiro Agosto.

😡 Tunisian coach Mondher Kebaier is furious with the decision to finish the game with no additional time pic.twitter.com/RISJCnclAK

Tunisians might be fed up of Sikazwe, with Tunis based side Esperance the hosts in a 4-2 win four years ago, although on that day decisions went for them.

The referee was accused of corruption following a controversial penalty in the home side’s favour, whilst Angolan side Agosto has a goal disallowed for a perceived foul on the opposition keeper.

Having won the first leg 1-0, Agosto’s disallowed goal would have won them the tie, especially as Esperance’s winner, in the 85th minute, was also controversial as the goalscorer looked to have impeded a defender in the build up.

In a statement at the time, CAF said, “The chairman of the Caf Disciplinary Board decides that there is good ground to hold a hearing regarding allegations of corruption made against Mr Janny Sikazwe.

“Mr Janny Sikazwe is provisionally suspended from all football activities related to Caf pending a hearing before Caf Disciplinary Board.”

Mali will be hoping that the game going in their favour will prove to be a good omen. Having been on the better end of the controversial decisions in 2018, Esperance went on to be named African champions.

Ibrahima Kone’s goal, scored by a controversial penalty, separated the two teams and sent Mali to the top of the group at the time.

Gambia’s 1-0 victory over Mauritania later on Wednesday took them level with Mohamed Magassouba’s team, and they face each other next on Sunday.