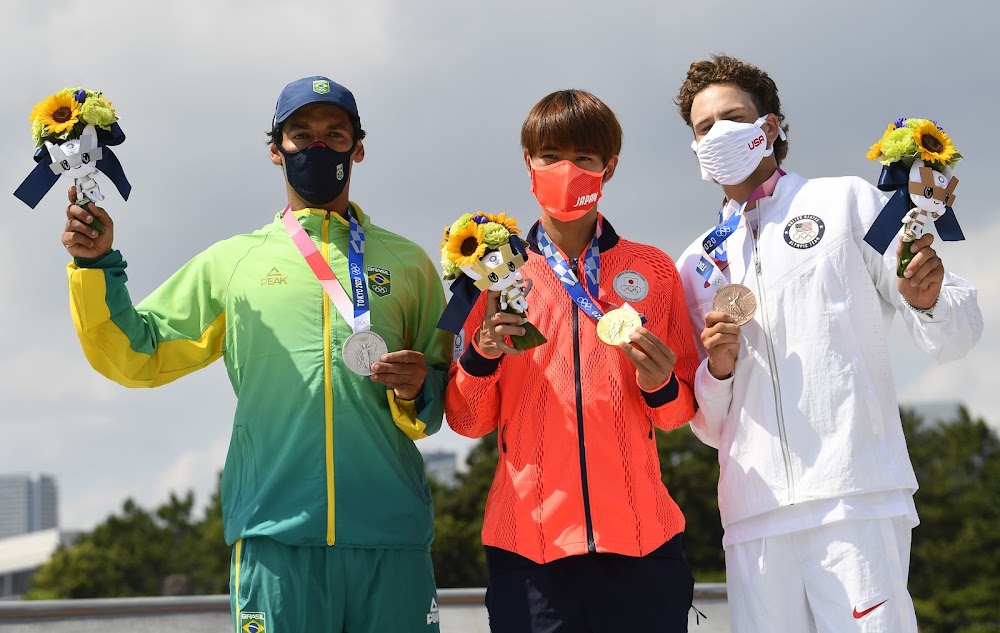 Japan concluded the Tokyo 2020 Olympic Games with a record haul of 27 gold medals, far exceeding the previous high of 16 at the 2000 Athens Olympics.

Mitsugi Ogata, general manager for Japan‘s national delegation, lauded the athletes on Sunday, saying he was “happy we could deliver some uplifting news”.

There were concerns about the Games being written off as “unnecessary” amid a pandemic, but with the performances of the Japanese athletes, organisers “have gradually gained the understanding of the public”, he said at a news conference.

Japan‘s total medal tally stands at 58, also a record and more than the previous high of 37 medals at Athens.

That includes medals in surfing and climbing and a gold for Tokyo local Yuto Horigome in skateboarding – all three among sports that made their Olympics debut in Tokyo.

Japan also steadily clocked up medals in judo, with Uta and Hifumi Abe becoming the first siblings in Olympic history to win gold medals on the same day.

Japan also faced some big disappointments as tennis star and top medal contender Naomi Osaka got knocked out in the third round of the competition, a few days after she lit the Olympic torch at the opening ceremony.

Also in golf, high-profile Hideki Matsuyama failed to bag a bronze at the men’s competition.

While most of the public remained opposed to the Games, after they were postponed in 2020 due to COVID-19, the IOC has touted the high TV viewership to show the Japanese public’s support of the event.

TV ratings for a football semi-final between Japan and Spain at one point soared to 43%, according to the daily Yomiuri.

Organisers have also hailed their success in preventing a COVID-19 super-spreader event among Olympic staff and athletes.

However, daily coronavirus cases in the host city have ballooned during the Games, exceeding previous highs and at one point reaching over 5,000 cases a headache for the Tokyo 2020 organising committee.

Although declining to give a final verdict on the Games until the Paralympics is over, Tokyo 2020 President Seiko Hashimoto said she “couldn’t say at this stage that we have achieved 100% success,” at a news conference on Sunday.

“If we had spectators, we wouldn’t have been able to provide a sense of safety for the general public,” Hashimoto said. The Games were held largely without spectators – a necessary evil for the organisers.

She said that she didn’t feel that the Games were “fully accepted” by the public yet, adding that there was room for improvement.

The Olympics was held within a “bubble” of incoming athletes and officials, separating them from the general public and preventing the spread of the virus.