Japan win gold in baseball, an existential crisis dressed up as an Olympic sport – The Guardian 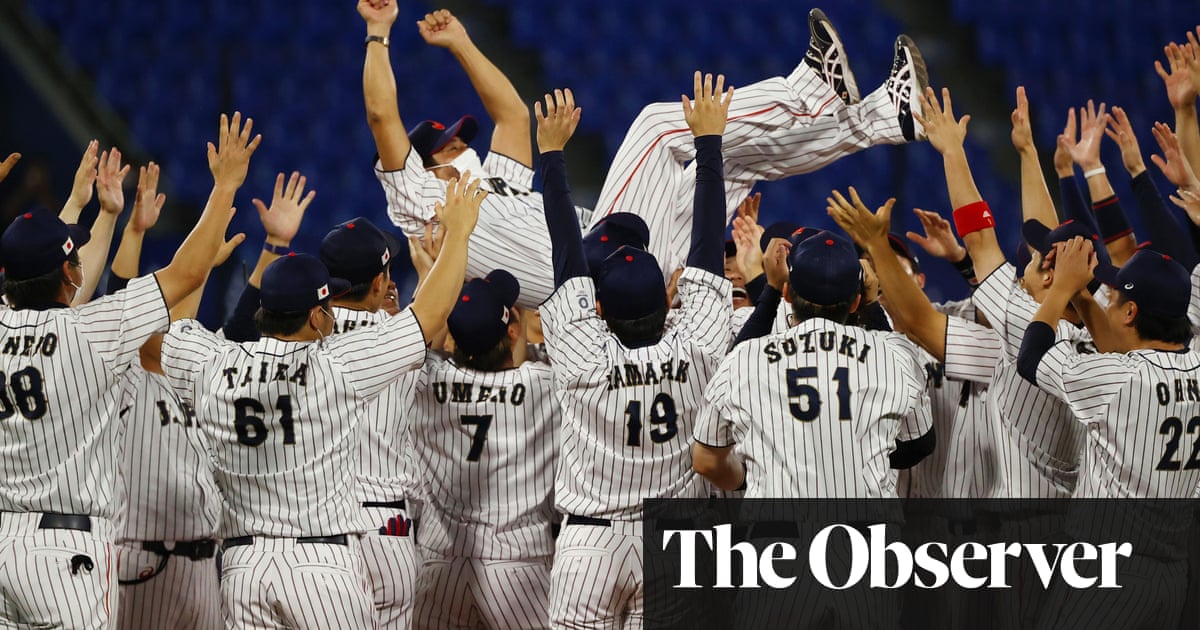 As Japan cheered its first and perhaps last title it was time to bid farewell to an existential crisis dressed up as an Olympic sport. Why are we here? Will we ever see each other again? If a Fan Cam scans the stands for people dancing to Uptown Funk, in a stadium without any fans, did anyone really bust some moves?

It returned for these Games thanks to the host nation’s passion but the third out was called for Paris 2024, where breakdancing will be on the menu and baseball and softball will not. Yet these sports, bouncing around the Olympic field like a wild pitch in the dirt, could well be back once again when Los Angeles hosts in 2028.

Yet as a US squad of has-beens and not-quites aimed for their nation’s second Olympic title following gold in Sydney, across the Pacific the Major League Baseball season rolled on, underlining baseball’s bind.

It’s part of the essence of the Olympics (or at least the marketing) that its events are the pinnacle, not a postscript. An Olympic sport without the world’s best is obviously a problem, because how many people want to watch that? (Also see men’s soccer. Or don’t.) But an Olympic sport where the world’s best show up and routinely win, making each tournament feel like a foregone conclusion, is also a problem. How many people want to watch that? (Looking at you, basketball.)

Without baseball, though, we wouldn’t have had the chance to enjoy second baseman Eddy Alvarez of the minor-league Jacksonville Jumbo Shrimp batting his way into history. The Cuban-American from Miami won silver at the Sochi Winter Olympics in 2014 as a speed skater. Now he’s a summer Games silver medallist, too, only the sixth person and third American to do the double. And he was the Team USA male flag bearer at the opening ceremony.

Without softball we would have been denied the spellbinding sight of the 39-year-old legend Yukiko Ueno hurling Japan to gold-medal glory past Americans Cat Osterman and Monica Abbott, the three finest pitchers of their era battling one last time on a night when sweat mingled with tears.

And who could begrudge Japan their delight here? The hosts, who won all five of their games and have the generously-renumerated former Yankees pitcher Masahiro Tanaka on their squad, beat the US 7-6 in 10 innings earlier in the week. This was a better night for pitchers. Japan’s 23-year-old starter, Masato Morishita of the Hiroshima Toyo Carp, threw five scoreless innings.

The hosts took the lead with a home run by 21-year-old slugger Munetaka Murakami of the Tokyo Yakult Swallows. The blast to centre field came in the third inning off Nick Martinez, a 31-year-old former Texas Rangers pitcher who now plies his trade for the Fukuoka SoftBank Hawks of Nippon Professional Baseball. The league took a break for the Olympics, allowing Japan to pick a strong roster of players in mid-season form.

Japan added an insurance run in the eighth, Tetsuto Yamada scoring off a single from Masataka Yoshida. The US mustered six hits in the 2-0 loss. Reliever Ryoji Kuribayashi closed out the game, the tournament and the Olympic status of the sport and his teammates rushed to the mound, celebrating like there was no tomorrow.