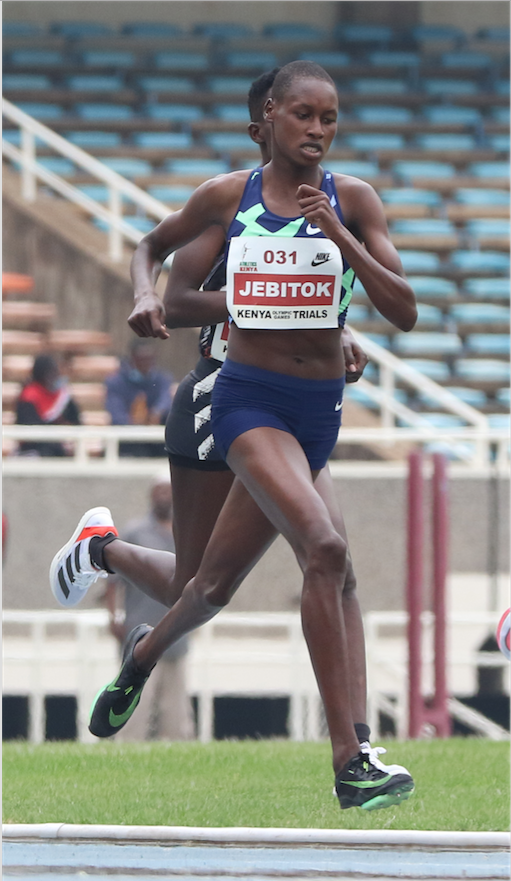 The 1500m athlete clocked 28.44 with Ethiopian Likina Amebaw coming home second in 29:53 as Emine Mechaal of Turkey completed the podium positions in 30:53

Jebitok capitalised on the withdrawal of race favourite and compatriot Eva Cherono to take the victory.

The contest opened at a moderate pace, with Spain’s Carla Gallardo, Blanca Fernandez and Laura Luengo taking on the pacing duties, while 20-year-old Jebitok and Ethiopia’s Amebaw ran comfortably in the middle of the still large front group.

Some nine minutes into the race, the Kenyan decided to push a brisker pace and none of her rivals tried to follow in her footsteps.

The 1500m specialist created a wide margin on Amebaw in a matter of a few strides and before midway, it became clear that she would be the eventual winner on her first appearance on Spanish soil.

After a 7:08 penultimate lap, 12 seconds faster than the previous one, Jebitok went through the bell a massive 38 seconds ahead of Amebaw, herself a full minute clear of a quartet featuring the Spanish trio of Luengo, Fernandez and Beatriz Alvarez plus Turkey’s Emine Mechaal in what promised to be a stiff fight for the third place on the podium.

In the men’s category, Rodrique Kwizera of Burundi took top honours by registering 32:30 with as Ethiopian Nibret Malak came home second in 32:37 and Albert Chemutai of Uganda took the final podium position in 33:04.