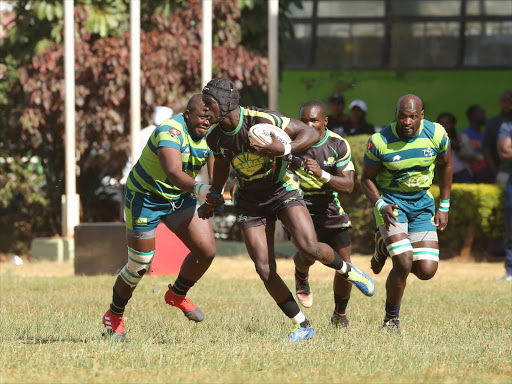 After a heated rivalry in the local rugby scene, which culminated in a thrilling Kenya Cup final, Kenya Commercial Bank and Kabras Sugar rugby teams will once again battle for honours after both were nominated for the Sports Personality of the Year award.

The bankers staged one of the most thrilling comebacks in recent rugby history, clawing themselves from a 20-0 deficit to reign against the sugar millers 28-25 for a fourth consecutive Kenya Cup title.

Theirs has been a see-saw rivalry that has seen KCB RFC gain the upper hand, albeit Kabras have something to brag about considering they are the only ones to inflict the bankers’ sole defeat en route to a second-place finish in the regular league season.

Other teams hoping to be crowned the best in Kenya include Kenyan Premier League champions Tusker, who ended Gor Mahia’s dominance in the 2020/21 season.

The brewers made the most of a disrupted football league — due to Covid-19 — to clinch their 12th top tier crown and establish themselves as Kenya’s third most successful football club.

The Robert Matano-tutoured side also began their Caf Champions League campaign brightly, demolishing Djibouti side Arta Solar 4-1 on aggregate in the qualifying stage.

Kenya national rugby Sevens team, Shujaa, have also been nominated after an impressive showing on the World Rugby Sevens circuit, including second and third-place finishes at the Vancouver 7s and Edmonton 7s respectively.

They were also heads-above-shoulders with other teams on home soil in October where they triumphed 12-5 over Germany at Nyayo Stadium to clinch the Safari 7s.

After many years of trying, KPL side Talanta FC finally earned the right to compete with the big boys when they won the National Super League with four games to go.

Ken Kenyatta’s side, who have exceeded expectations in their debut season by winning four of their ten matches thus far, will hope to take it a step further by excelling against the aforementioned teams for the SOYA award.

Next year’s fete, sponsored by Kakamega County, Lotto Foundation, Safaricom, NSSF and CPF Financial Services, will be held at Bukhungu Stadium in Kakamega on January 19.

Men’s team of the year nominees