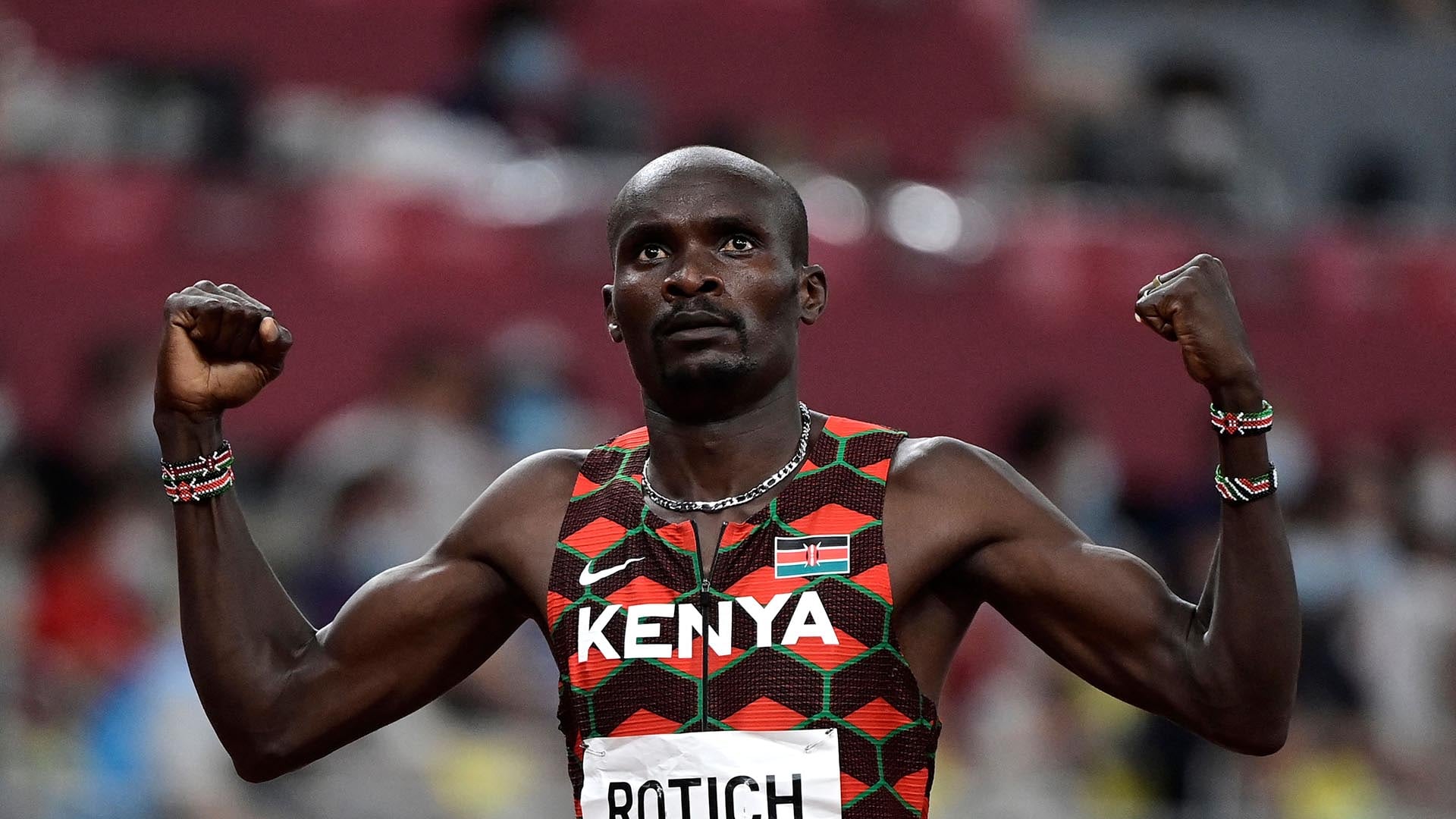 Rotich, the 2019 world bronze medalist, clocked 1:44.04 and was so confident as he approached the end of his race that he looked behind to encourage those trailing him to keep up as he crossed the line.

Another Kenyan, Emmanuel Korir, who came to Japan boasting this year’s second-fastest run, also went through.

Australia’s Peter Bol came from behind in his semifinal to push through to the final with a personal best of 1:44.11. The United States’ Clayton Murphy, Olympic bronze medalist five years ago in Rio, came second, enough for a place in the final.

There was drama in the heats as Botswana’s 2012 Olympic silver medalist Nijel Amos got tangled up and fell.

Amos was initially out of Wednesday’s final following his fall but the 27-year-old was later reinstated, expanding the field to nine athletes, after the meeting referee judged that he had been impeded by American Isaiah Jewett, who also fell.

The first two from each heat proceed to the final and the next two fastest also advance to the medal round.