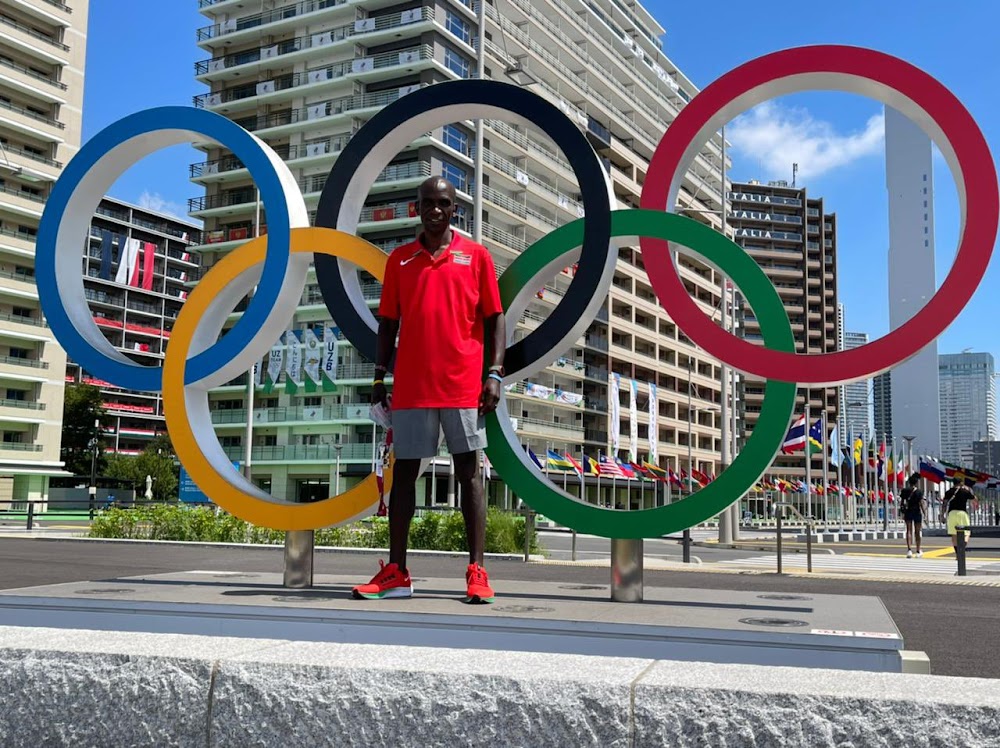 Kenya’s Eliud Kipchoge said he was prepared to defend his Olympic marathon gold medal as the clock ticked down to the marquee event scheduled for Sunday.

If Kipchoge successfully defends his Olympic marathon title, he would become only the third runner to have achieved this, further cementing his place among the all-time greats.

“I am very excited to be here in the Olympic village in Japan,” Kipchoge tweeted along with a photo of himself taken in front of the Olympic rings in the village.

“It is great that we are able to run the Olympic marathon in these unusual times. On Sunday, I will try to defend my Olympic marathon title from Rio de Janeiro. I cannot wait to witness a wonderful event. “Niko tayari,” he said, meaning “I am ready” in Swahili.

If successful, Kipchoge would join Ethiopia’s Abebe Bikila (1960 and 1964) and East Germany’s Waldemar Cierpinski (1976 and 1980) as the only runners to win two consecutive gold medals on the Olympic stage.

The marathon events will take place in Sapporo, on the northern island of Hokkaido, starting with the women’s race on Saturday.

Organisers decided in 2019 to move the venue from Tokyo to escape the worst of the summer heat in the Japanese capital, although Sapporo has been experiencing a recent heat wave.

Elsewhere, Italy’s Massimo Stano won the Olympic men’s 20km race walk on Thursday, pulling ahead of the pack in the final stages to finish in one hour, 21 minutes five seconds and claim his country’s third gold medal in the event.

World champion Yamanishi led in the early going until China’s Wang Kaihua took over through the 12km mark.

Stano moved to the front at the 16km stage, just ahead of Ikeda and Yamanishi, until he put distance between himself and his Japanese rivals to cross the finish line nine seconds ahead.