Kevin Durant’s ‘ultimatum’ puts Nets in a bind, but empathy for Brooklyn in short supply | Opinion – Yahoo Canada Shine On 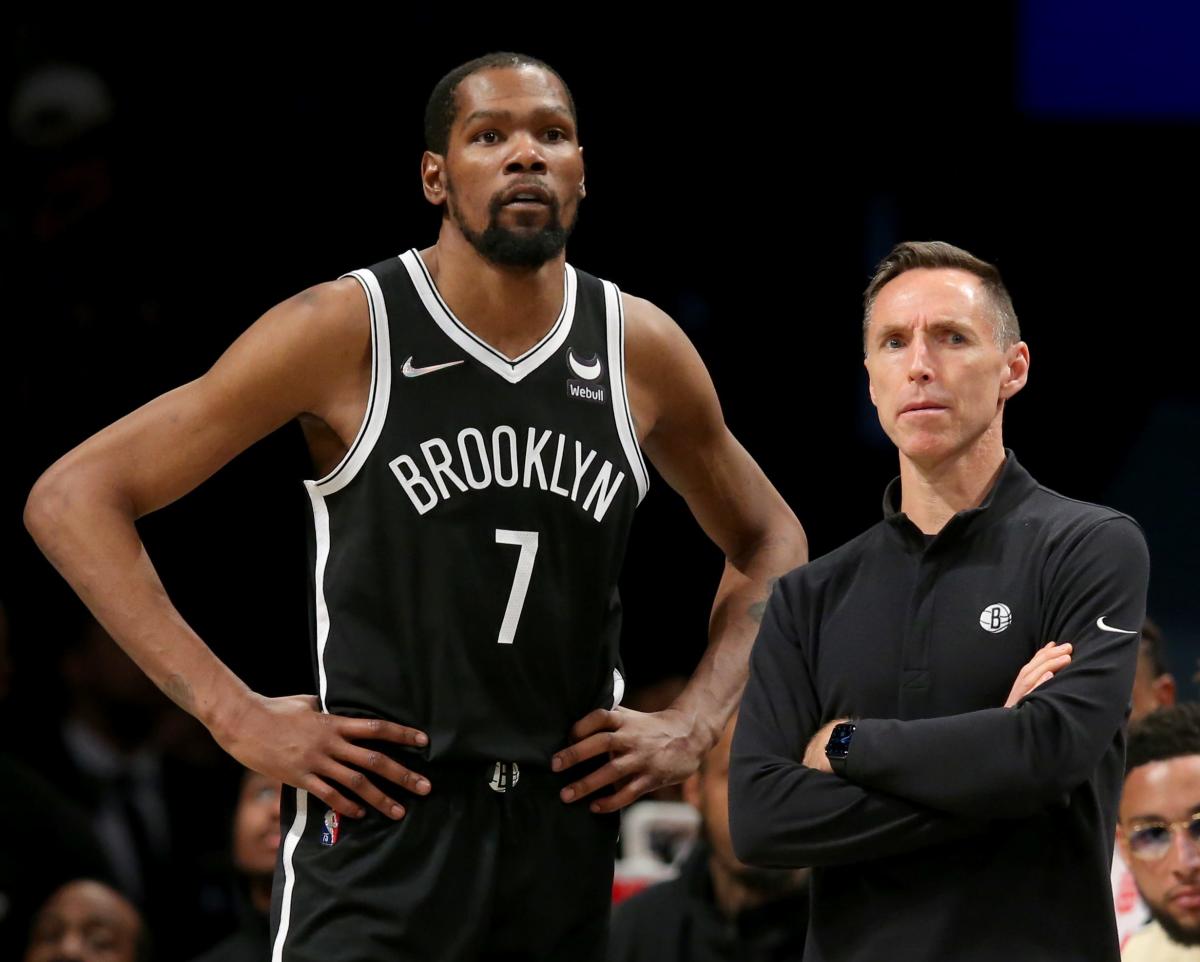 No one feels sorry for the Brooklyn Nets.

Not for owner Joe Tsai. Not for general manager Sean Marks. Not for Nets coach Steve Nash.

When a team abandons a promising rebuilding effort for a quick path to title contention built around mercurial superstars and the fallout is disastrous, the empathy meter doesn’t register.

Nets star Kevin Durant, who asked for a trade earlier this offseason, met with Tsai over the week in London and reiterated his wish for a trade, telling Tsai that the franchise needs to make a choice between him and Marks and Nash, according to The Athletic.

Star-chasing is a gamble. Sometimes, the results are glorious, culminating with a championship or two.

NEVER MISS A MOMENT: Sign up for our sports newsletter now for daily updates sent to your Inbox

The Nets acquired Durant and Kyrie Irving in the summer of 2019 with hopes of competing for a title once Durant returned in 2020-21 following an Achilles injury. Brooklyn ramped up those aspirations when it traded for James Harden in January 2021. The trio played just 16 games together because of injuries and Irving’s decision to not get the COIVD-19 vaccine, making him ineligible to play in most Nets home games in the 2021-22 season because of New York City’s vaccine mandate.

The Nets lost in the conference semifinals in 2021 and first round in 2022, and Harden is no longer with he team – traded to Philadelphia for Ben Simmons at the trade deadline. Harden, too, wanted out, and before free agency began on June 30, Irving looked for potential trades and his situation – no matter what anyone says – remains unresolved.

Word has circulated for weeks that Durant and Irving were unhappy with Nash as the coach, and now Tsai is left with choices, including one not on Durant’s ultimatum.

— Fire Nash and Marks and hire anew with the prospect that a new GM and coach would satisfy Durant, an iffy proposition at best. There’s no guarantee Durant would want out after a season or two, and catering to stars hasn’t helped the Nets at all in the past three seasons.

— Canning Marks and retaining Nash is another option if Durant is pleased with Nash but unhappy with the rosters Marks has built. Durant has had praise for Nash, both at the start of Nash’s tenure in 2020 and at the end of the 2021-22 season.

Our front office and coaching staff have my support. We will make decisions in the best interest of the Brooklyn Nets.

— Trade Durant and keep Nash and Marks. No team wants an unhappy player, especially as he enters the first year of a four-year extension worth $194.2 million. Regardless of what you think of Nash as a head coach, he’s never had a full roster or one deep and well-rounded enough to compete. Marks has been on job 6½ years, and he had the rebuild headed in the right direction with D’Angelo Russell, Spencer Dinwiddie, Joe Harris, Caris LeVert and Jarrett Allen. But the franchise’s desire to add stars derailed that rebuild, though it’s hard to say it was wrong at the time to add Durant, Irving and Harden.

— Trade Durant and Irving and fire Nash and Marks and start all over again. The first part of that equation is more difficult than the second, but finding a new coach and staff at this point in the offseason isn’t easy either. Irving has just one season left on his contract, and while there aren’t many (any?) teams interested, the Nets could re-engage with the Los Angeles Lakers. Sending Durant elsewhere became more complicated when the Utah Jazz landed five first-round picks and three players for Rudy Gobert. The Nets have to do better than that for Durant, and that offer doesn’t exist just yet.

Training camps open in less than two months, and the Nets need resolution to this situation or another season could be derailed.

“We don’t lose to Spanish players” – The short history of a long rivarly – Eurohoops
By Antonis Stroggylakis/ astroggylakis@eurohoops.
Go to mobile version