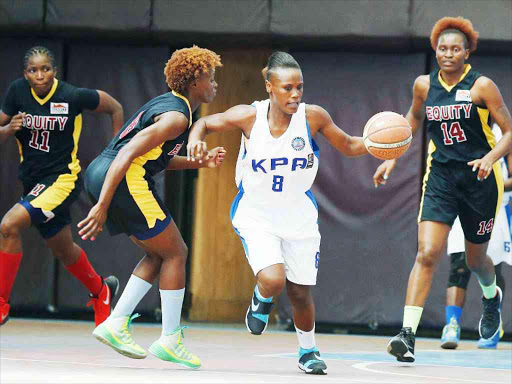 The tactician offered that he recruited Masoud because of his height and believes with time he will be a big asset to the team.

“He played well in our two games,” observed Kiki. “He is a little bit weak on his legs but I am going to work very hard with him.”

“As a technical bench, we need to have a good plan for him and I will have more one-on-one time with him.”

The lanky centre was in action for the porters over the weekend in two Kenya National Basketball League (KNBL) matches against Thunder and Equity Bank.

He hauled 15 rebounds and had nine points in the 69-51 win against Thunder.

He followed that feat with three rebounds and one block in the 80-60 win over Equity Bank.

The results saw KPA shoot to the top of the 12-team table with 19 points from 10 matches. They have lost once.

Kiki also said that, as a team, they are preparing for this month’s Basketball Africa League (BAL) whose dates and the venue is yet to be released.

“We are having a game in Mombasa next week and we will have a camp. Any team they release the dates for BAL, we will be ready,” he said.

Masoud is not the only Congolese to feature in the local league. There have been others who made a name before him.

Kenyans have fond memories of Congolese stars who had impact in the league between the late 90s -2010.

New signing Eugene Adera drained 20 points, Wiljas 16 all in the second half, Nick Ogol 12 and Job Byron 10 for KPA against the bankers.

In another top game, Thunder struck Kisumu Lakeside 63-46 after a 34-22 halftime edge.