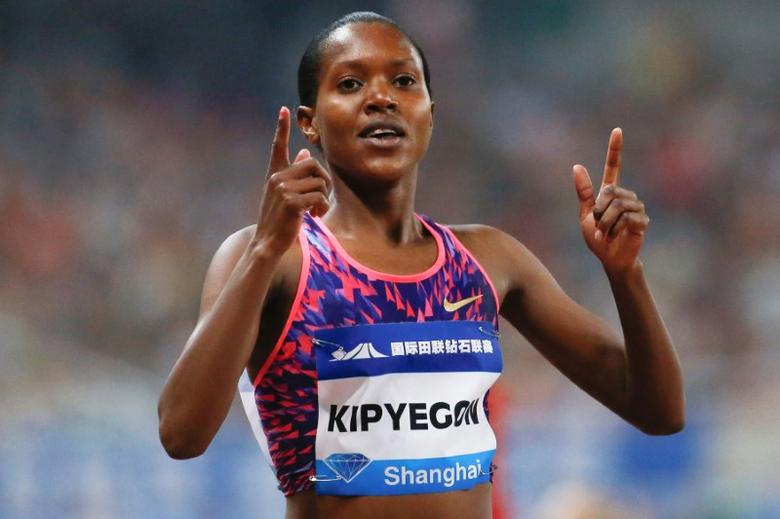 Fresh from winning the 800m race in Doha Diamond League meeting last month, where she clocked 1:58.26, Kipyegon returns to her specialty in the three and half-lap race where she faces a stellar cast of competitors.

She will be up against Netherlands’ Sifan Hasan who broke the world record in the 10,000m in Hengelo last weekend,  Great Britain duo of Eilish Mcolgan and Laura Muir, Uganda’s Winnie Nanyondo, Hailu Lemlem of Ethiopia and Morocco’s Arafi Rababe.

Olympic and world 3,000m steeplechase champion Conseslus Kipruto will be targeting victory when he lines up in the water and jump event. Kipruto faces Morocco’s world bronze medallist Soufiane El Bakkali and fourth-placed Getnet Wale of Ethiopia in what will be a mouth-watering clash.

Others to look out for in the event include Beya Chela of Ethiopia and Albert Chemutai of Uganda.

Robert Koech is the sole entrant in the 5,000m and faces  baptism of fire in the event with the likes of Uganda’s world 5,000m record-breaker Joshua Cheptegei,  the race favourite alongside the Ethiopian trio of world champion Muktar Edris, world silver medallist Selemon Barega and Hagos Gebrhiwet, as well as the Norwegian boy wonder Jakob Ingebrigtsen, European champion.

Spain’s Mohamed Katir, who was an impressive winner of this event at the Wanda Diamond League meeting in Gateshead last month, will also contend for the title.

In the men’s 100m, Akani Simbine, who inspired South Africa to victory in the 4x100m at the World Athletics Relays in Silesia last month, returns to Europe to take on a field that includes four other sub-10-second performers.

Another athlete who will bring outstanding form to Florence is the world 200m champion Dina Asher-Smith, who will have her first outing over her preferred distance this year, coming off a dominant display over 100m at the Continental Tour Gold meeting in Hengelo.

To face her will be the  world champion Dafne Schippers, world bronze medallist Mujinga Kambundji and the highly-regarded Marie-Josee Ta Lou.