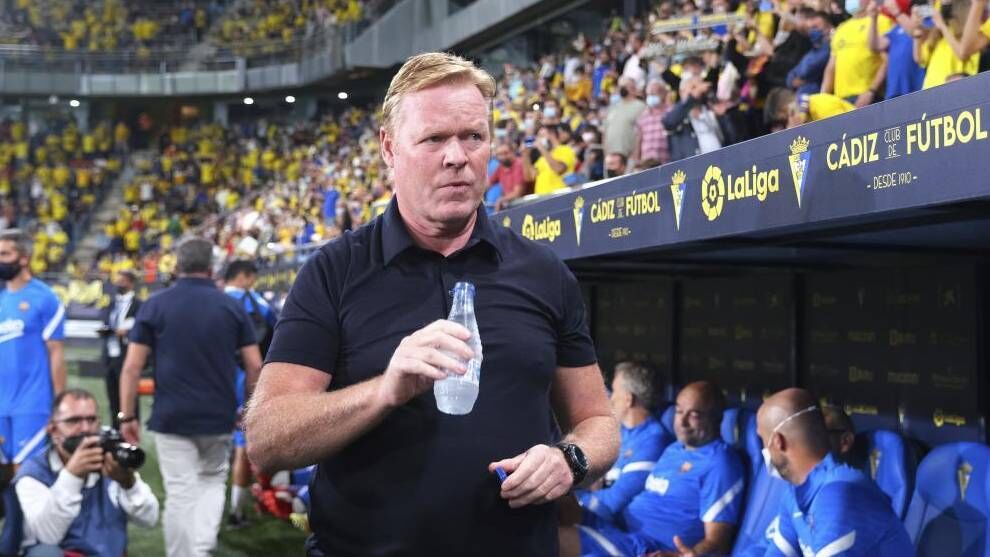 The Competition Committee has sanctioned Barcelona coach Ronald Koeman following his sending off against Cadiz, banning him for two games.

That suspension will mean that Koeman will not be in the dugout when Barcelona face both Levante and Atletico Madrid.

The Committee also turned down Barcelona‘s appeals for a second yellow card shown to Frenkie de Jong and a yellow card picked up by captain Sergio Busquets.

That means that Frenkie de Jong will be suspended for Sunday’s fixture against Levante, joining his coach in the stands for the fixture.

Koeman‘s suspension was justified due to Article 120 of the Disciplinary Code for protests to the referee, assistant referees or the fourth official.

Barcelona had argued that the coach was respectful to the referee, but that view was rejected, as was the appeal which Barcelona hoped to use to show that Frenkie de Jong went into the tackle safely when it saw him dismissed for a second yellow card.