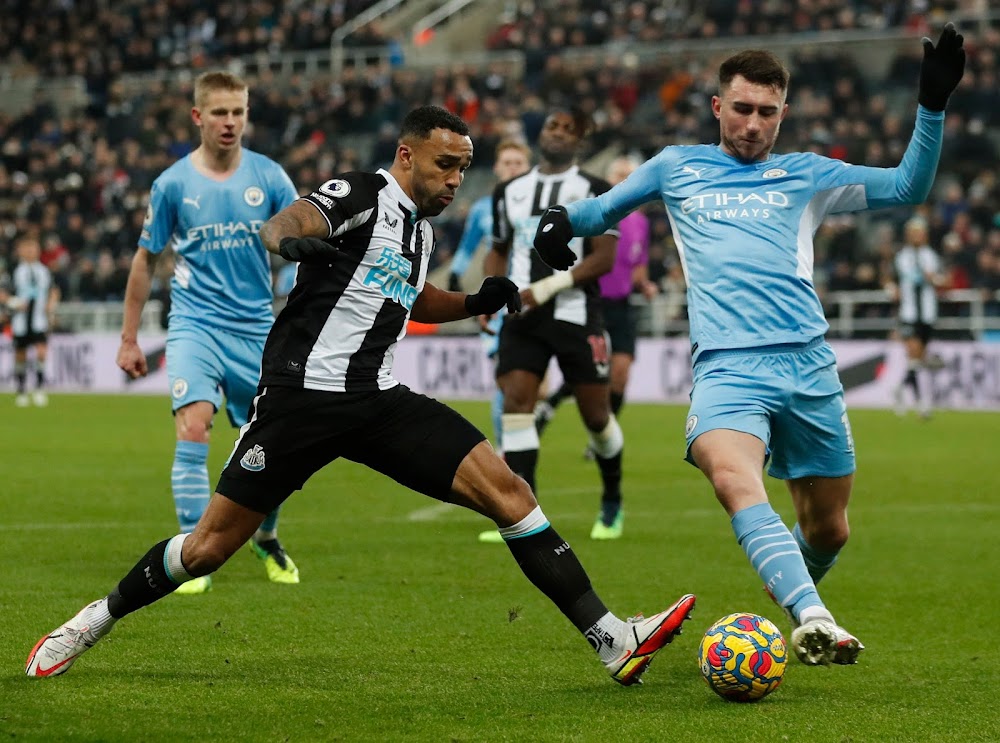 Manchester City’s Joao Cancelo scored one goal and made another as they overwhelmed struggling Newcastle United 4-0 on Sunday to ensure they will spend Christmas Day top of the Premier League, a position Liverpool occupied in the last three seasons.

The visitors were gifted the opening goal in the fifth minute when Cancelo acrobatically crossed for Ruben Dias to head into an empty net after a mix-up between Newcastle goalkeeper Martin Dubravka and defender Ciaran Clarke.

Cancelo added a second in the 27th minute, cutting in from the right wing and capping off a solo run with a stunning strike to silence the home crowd.

Newcastle were denied what looked to be a clear penalty on the half-hour mark when City keeper Ederson clattered into Ryan Fraser, but neither referee Martin Atkinson nor the VAR decided to intervene.

“I am not too sure what happened with VAR and the referee, the goalkeeper wipes out Ryan and it is a stonewaller, a clear penalty,” Newcastle manager Eddie Howe said.

Things got worse for Newcastle as Mahrez turned home Kevin De Bruyne’s cross from the left with a deft volley in the 63rd minute to notch his 50th Premier League goal after a lengthy VAR review.

“I was quite sure I was onside as I saw the defender running with me so I didn’t think I was offside,” Mahrez said.

Newcastle had introduced Allan Saint-Maximin off the bench at halftime for Joe Willock but they only managed one effort on target over the 90 minutes – a close-range header from Callum Wilson that forced a superb one-handed save from Ederson.

Sterling’s industrious performance on the wing was rewarded in the 86th as Gabriel Jesus drove the ball across the goal and the England forward slammed it home to complete the rout.

Champions City top the table on 44 points, four ahead of second-placed Liverpool, who visit Tottenham Hotspur later on Sunday, and six clear of Chelsea in third after they were held to a 0-0 draw at Wolverhampton Wanderers.

Newcastle stayed second-bottom on 10 points and City manager Pep Guardiola thought they contributed to their own downfall.

“A good result, not a good performance. We were lucky but Newcastle did not defend well for the first goal and a brilliant action from Joao Cancelo for the second goal,” he told the BBC.