“A real struggle for us with out car today,” says Lewis Hamilton after only securing second row start for Sunday’s Belgian GP; Watch race and latest instalment of Max Verstappen vs Hamilton at 2pm on Sky Sports F1 on Sunday 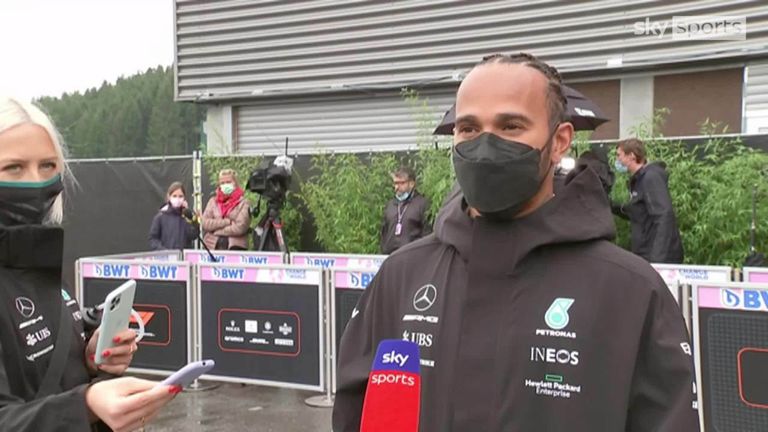 Lewis Hamilton described his Belgian GP qualifying as a “real struggle” in a “handful” of a Mercedes after finishing third behind title rival Max Verstappen and shock frontrunner George Russell in the Spa rain.

Hamilton came into Saturday’s soaking shootout as F1’s new championship leader following the big momentum swing before the summer break, but will start Sunday’s race on the back foot after being outpaced by 0.3s by Verstappen, while he was also edged out by Russell in the Williams.

Hamilton, who holds an eight-point title lead and so often dominates in the wet conditions, told Sky F1 that he was grateful for the “exciting” and “fun” session, but was rather despondent in the press conference.

“A real struggle for us without car today, as you’ve seen with Valtteri as well,” said Hamilton, with team-mate Valtteri Bottas only managing to qualify eighth. “The car was a bit of a handful.” Mercedes are believed to have run a lower downforce setup than most on Saturday – maximising their speed on the straights but suffering in the corners and, critically, in the wet weather.

“There’s just not a lot of grip out there for everyone and there are people out there with different downforce levels,” explained Hamilton. “We tried to find the best compromise, the best balance, for both potential circumstances today and tomorrow in terms of dry and wet. We’ll see how the weather is tomorrow and see how it works.”

Hamilton, however, still believes he “should have been on pole”, ruing his second lap of Q3. 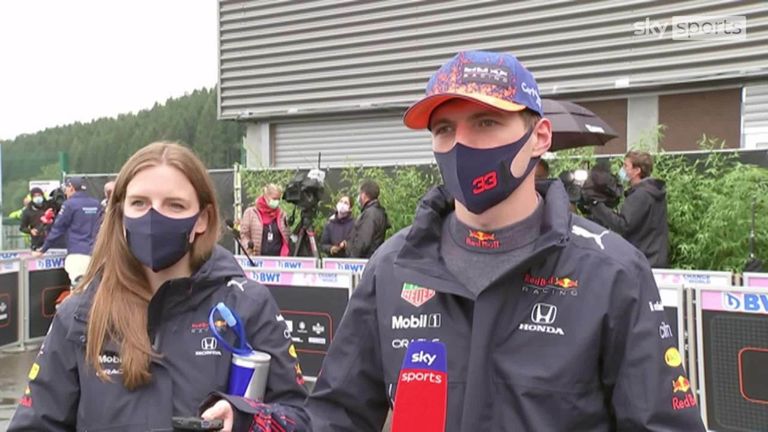 The forecast for Sunday is similar to Saturday, with sporadic showers predicted throughout the afternoon.

If that’s the case, Sky F1’s Martin Brundle believes we’re in for a treat.

“I think we’re looking at two of the greatest wet-weather drivers I’ve ever seen or commentated on in Formula 1 in Verstappen and Hamilton,” said Martin.

“I do think Russell will struggle to be really in that fight, so I’m expecting a pretty good head to head between Hamilton and Verstappen.”