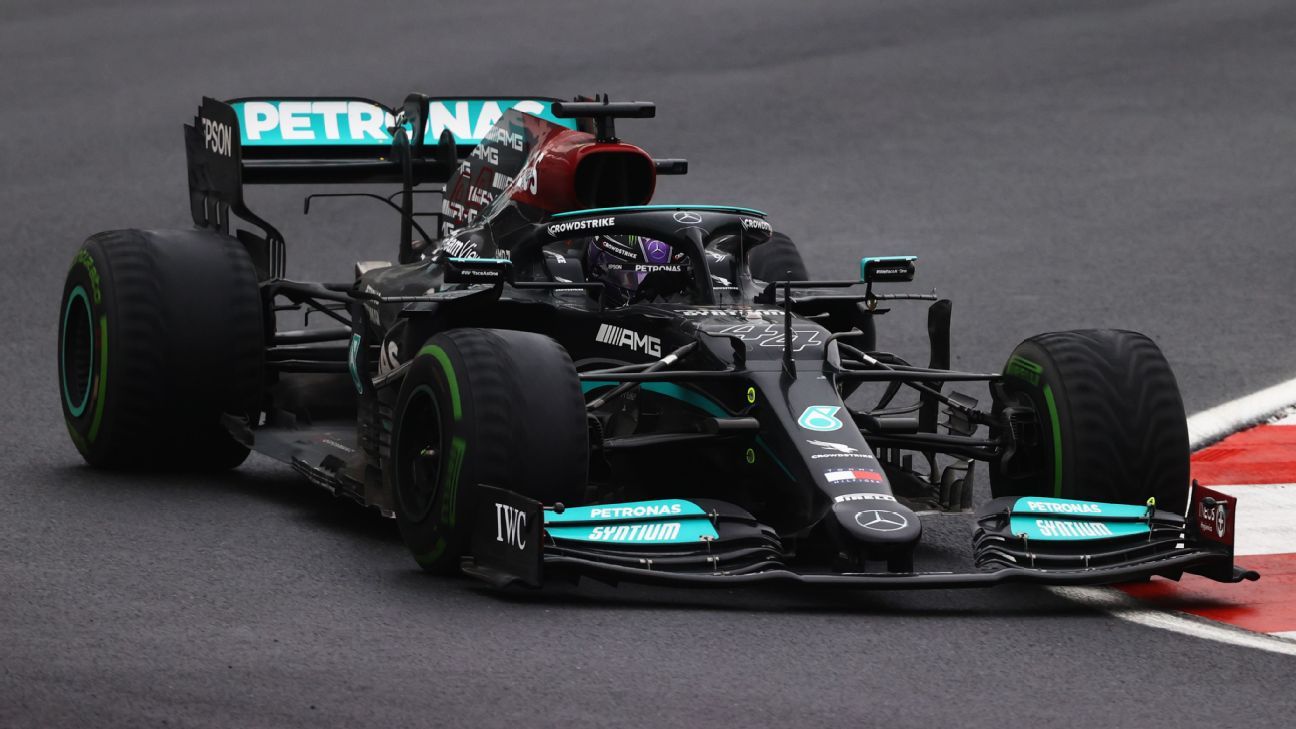 Mercedes were right to pit Lewis Hamilton at the Turkish Grand Prix on Sunday as his tyres would likely not have made the end of the race, according to Formula One supplier Pirelli.

Hamilton was upset with Mercedes’ decision to bring him in seven laps from the finish, a decision that dropped him from third to fifth.

The result saw Hamilton lose the lead of the championship and slip six points behind title rival Max Verstappen.

Hamilton was trying to take the intermediate tyres he started the race on to the end of the race, but Mercedes was worried about this leaving him vulnerable in the final laps.

After the race, Hamilton was told Alpine’s Esteban Ocon had managed to do the entire race without changing tyres.

Images later showed Ocon’s car finished the race with a chunk of rubber missing from the front right tyre. Ocon also only completed 57 of the 58 laps, having been lapped by the leaders.

Hamilton had rejected two calls to pit in the laps leading up to his stop and he admitted he might have missed the ideal moment to stop and not lose any ground to Sergio Perez and Charles Leclerc.

“I think probably in hindsight I should have either stayed out or come in much earlier because when you come in with eight laps to go you don’t have time to go through the graining phase of that medium tyre on a drying track,” Hamilton said. “I went through this whole sliding phase where I nearly lost more positions. A bit frustrating but it is what it is.”

Pirelli boss Mario Isola said it was a marginal situation.

Asked if Hamilton could have made his first set last to the end, Isola told Sky Sports: “Looking at the tyres after the race, I would say no or at least it was really at the limit.

“The wear of the tyres, especially at the end of the race, they were running basically on the construction. It is a bit dangerous to push the boundaries like today. I fully understand that in a race condition they have to maximise the result.”

He added: “It was really, really at the limit. I was suggesting our allocated engineers to warn the teams to change the tyres, not to go to the end because it was a risky move.”