Lionel Messi was given a huge ovation by the Paris Saint-Germain supporters after he was unveiled at the Parc des Princes on Saturday evening before his new side’s first home game of the season against Strasbourg.

Messi will line for the French side this term having completed a stunning free transfer from Barcelona over the summer on a two-year-deal.

The Argentine however was not included in the squad for the match which is Mauricio Pochettino’s first Ligue 1 game of the season on home soil. 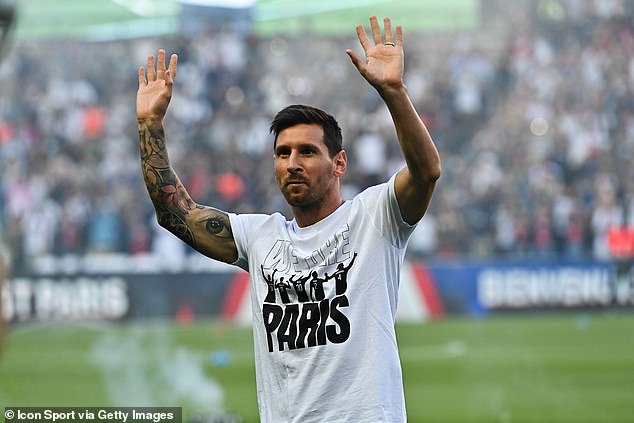 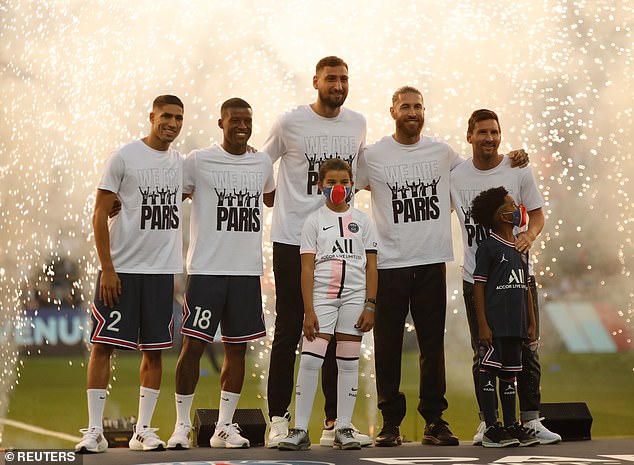 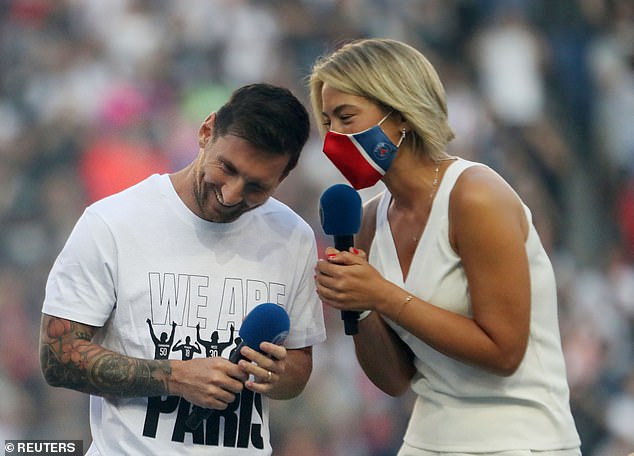 Ahead of the clash with Strasbourg, Messi struggled to hear a pre-match host on the pitch as the PSG supporters led chants for him inside the Parc des Princes

Messi took to the field pre-match along with fellow new recruits Sergio Ramos, Gianluigi Donnarumma, Achraf Hakimi and Georginio Wijnaldum, with all of them wearing ‘We are Paris’ t-shirts.

After walking out to a raucous crowd and taking in the amount of adulation from the supporters, he addressed the home fans who unveiled banners welcoming the former Barcelona star.

‘It has been a very special week for me,’ he said. ‘I want to thank everyone for the reception since I arrived in Paris. It has been truly incredible. I feel very happy and excited.

‘I hope together we can enjoy this year and make it a great year for us. I am very excited about everything.’ 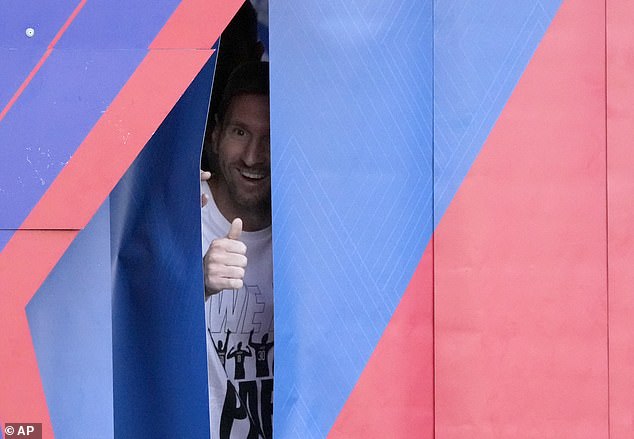 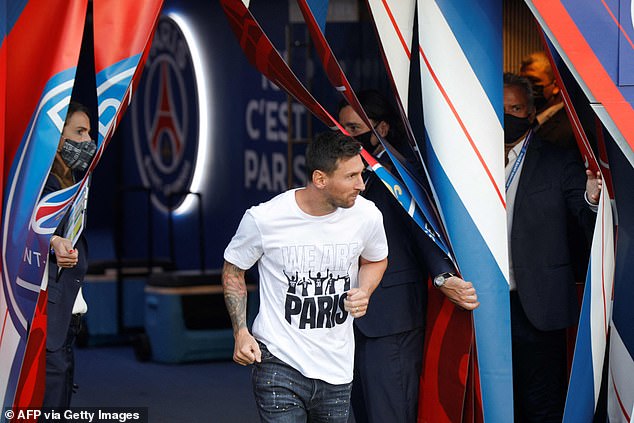 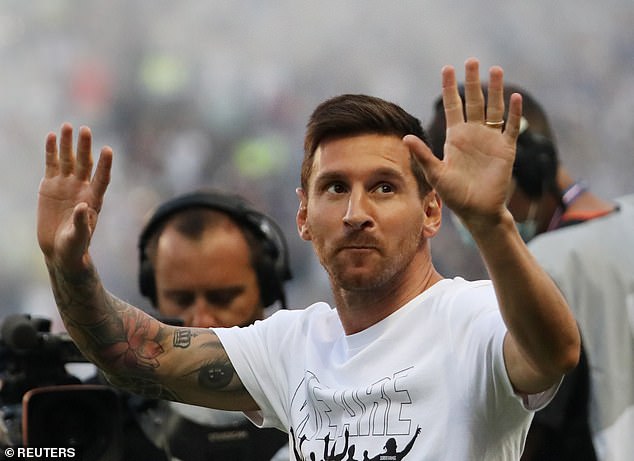 As expected, Messi was not named in the match squad after coach Mauricio Pochettino said this week that the 34-year-old is not yet fully fit.

Italy goalkeeper Donnarumma and veteran defender Ramos were also not included. Hakimi and Wijnaldum were selected to start.

Pochettino said in his press conference: ‘As for when we might see Leo Messi, it is his second day of training after a month since he played the last game at the Copa America.

‘We will take it step by step, get to know each other and have him feel fit and comfortable so that he is able to make his debut when he is fully fit.’ 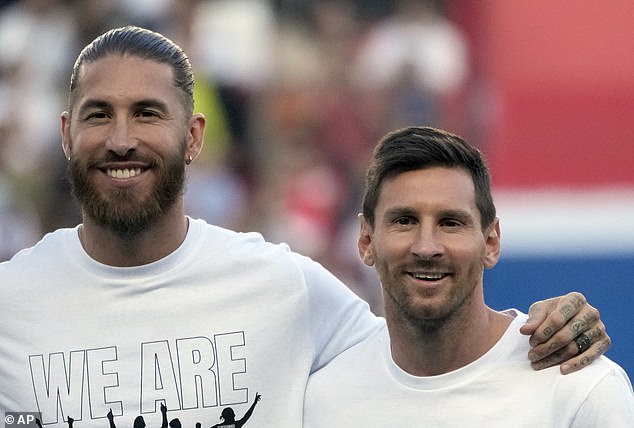 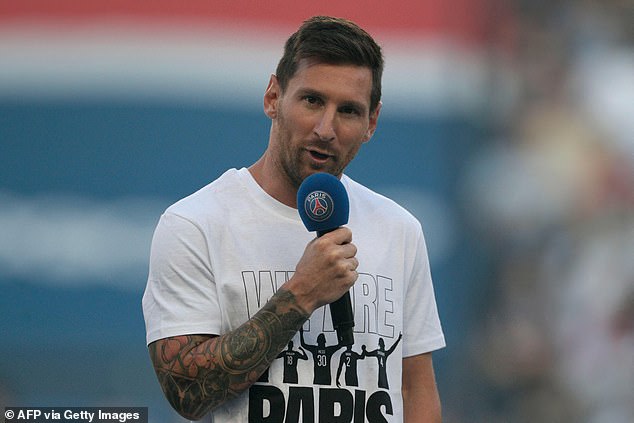 Messi trained with his PSG team-mates throughout the week as they prepared for their first home game of the season.

However, the 34-year-old has not played a competitive fixture since winning the Copa America, his first international trophy with Argentina, in July.

Therefore, Pochettino did not risk introducing Messi into the squad too soon as he will want to avoid any unwanted injuries.

So, for that reason Messi will sit patiently on the sidelines as he wait his turn to make his debut for the French side who will be desperate to win French top flight this term having been stunned by Lille last season.

Messi joined PSG this week on a two-year contract with the option of extending it by another year after Barcelona said they could not afford to keep him because of LaLiga’s financial fair play rules.