Lionel Messi is expected to make his blockbuster debut for Paris Saint-Germain at the end of the month as he continues his return to full fitness.

The Argentine, who is continuing to settle into life in Paris after his shock departure from Barcelona, against Reims on August 29, according to Sky Sports.

But the 34-year-old is not yet ready to don his first new club shirt in two decades as he is not yet match-fit. 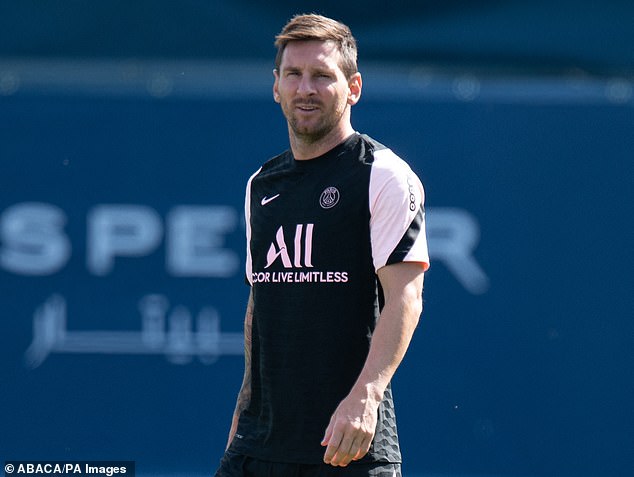 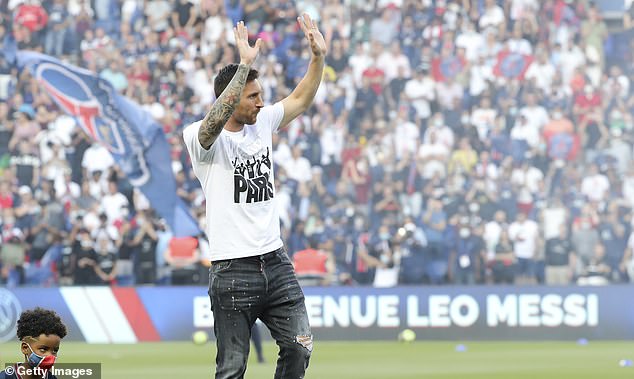 Messi, 34, was greeted with raucous applause when he was presented to the PSG faithful

PSG manager Mauricio Pochettino admitted that Messi still has catching up to do on his conditioning as he played for Argentina at the Copa America and had a break after.

With all the commotion regarding his arrival in Paris and leaving Spain, Messi has not managed a proper pre-season, and has missed PSG’s opening two matches of the new Ligue 1 season.

Speaking after PSG’s 4-2 win over Strasbourg last weekend, Pochettino said: ‘As for when we might see Leo; it is his second day of training after a month since he played the last game at the Copa America. 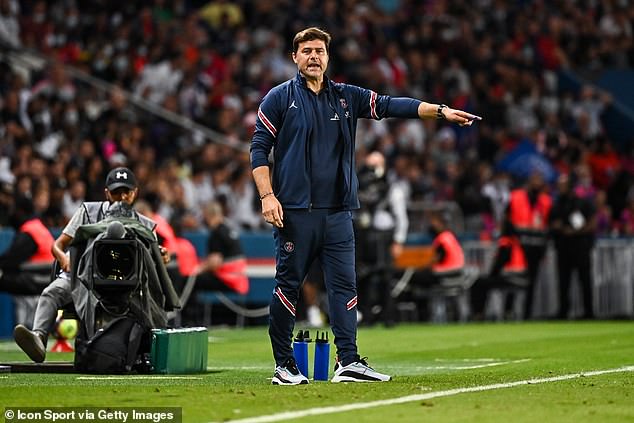 ‘We will take it step-by-step, get to know each other and have him feel fit and comfortable so that he is able to make his debut when he is fully fit.’

Given Messi’s current fitness situation, it is likely that PSG’s away league game against Brest on Friday will come too soon for him.

The Argentine watched PSG’s home victory over Strasbourg from the stands, and was given a hero’s reception when presented on the pitch with the Paris club’s other new recruits.