It wasn’t just the majority of Anfield left with mouths agape as Trent Alexander-Arnold smashed a late goal into the roof of the Kop end to defeat Newcastle.

Watching on from the perfect angle, his team-mate Thiago Alcantara could only hold his head in his hands and witnessing the clean strike in person.

Many supporters would be forgiven for paying zero attention to Thiago in such a moment, though cameras caught his reaction which has since gone viral online. 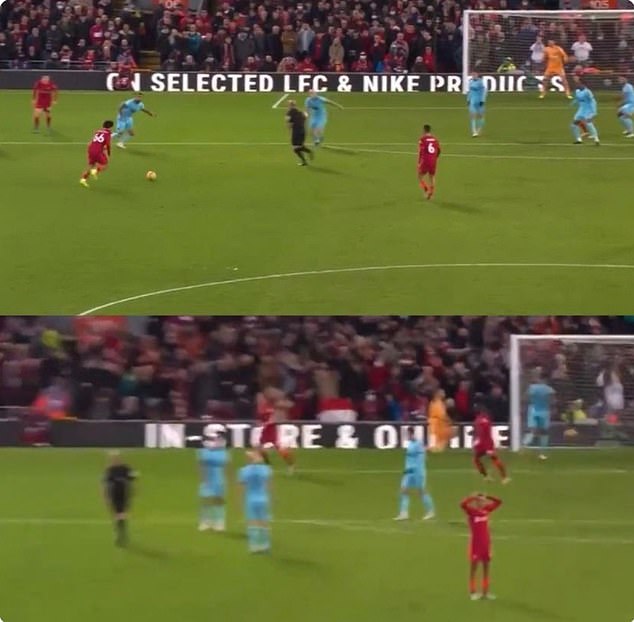 As the ball was cut back to Alexander-Arnold, the youngster took a singular touch to set the ball before piercing through it with his trademark right foot.

Thiago, it appears, knew exactly what his team-mate was about to attempt. As a result a request for a pass did not come.

As the ball surged into the back of the net and Alexander-Arnold peeled away to celebrate with the Kop, Thiago could only pivot on his heels and put his hands to his head.

The Spanish star turned to face Liverpool’s defenders behind him before breaking into a huge grin.

Eagle-eyed viewers also quickly noticed that summer signing Ibrahima Konate reacted in a similar fashion, putting his palms to his face while running over to celebrate with the no 66.

As for Thiago, the former Bayern Munich man knows all about a wonder strike and so is well placed to judge Alexander-Arnold’s effort. 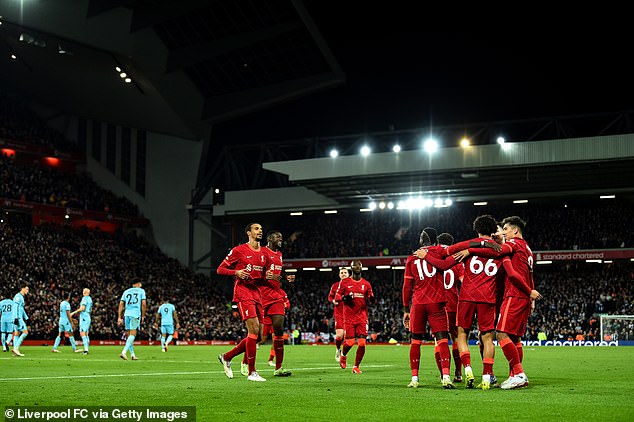 Indeed, Thiago’s Champions League strike against Porto at Anfield – which many fans were convinced did not even touch the ground – was awarded Goal of the Month for November.