Liverpool star Luis Diaz has hailed his partnership with fellow Reds forward Mohamed Salah and said they share a ‘special connection’ on and off the pitch.

The Colombian has been a revelation since his £50m move from Porto in January, with Diaz playing an important role in the club’s cup double last season.

He also added key contributions as Liverpool reached the Champions League final and achieved a second placed finish in the Premier League. 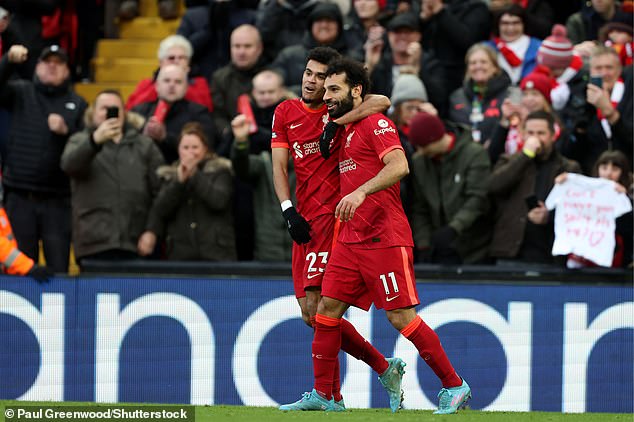 And Diaz, who has become even more important this campaign after Sadio Mane departed to Bayern Munich, was still pinching himself that he was playing with Egyptian star Salah.

‘It’s stupendous for me, being able to share my position in the team with Mo,’ the Colombian told Sky Sports.

‘I’ve seen him over many years on television at so many tournaments and I’d like to say I’m proud of myself, having reached this position where I can share with him these experiences, to wear the same shirt and be a team-mate of his. It’s really something special.

‘Every day, playing alongside players like him, it helps you to improve, not just in a footballing sense as a player but also as a person. 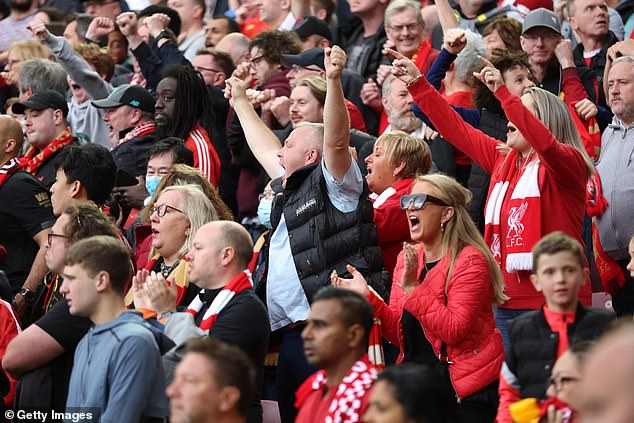 ‘He’s a great guy and there’s a very special connection between him and me, and between all of us, in fact.’

Diaz scored six goals and added five assists in just 18 starts after his January arrival last season, while he has already impressed this year with a superb individual goal against Crystal Palace.

However, Jurgen Klopp’s side have struggled so far, with lacklustre draws against Fulham and Crystal Palace, followed up by a 2-1 defeat to Manchester United on Monday.

The Reds are languishing in 16th and Diaz explained things do need to change, but there is no need to panic.

He said: ‘It’s been a bit of a difficult start. It’s not quite the outset we wanted for the season. 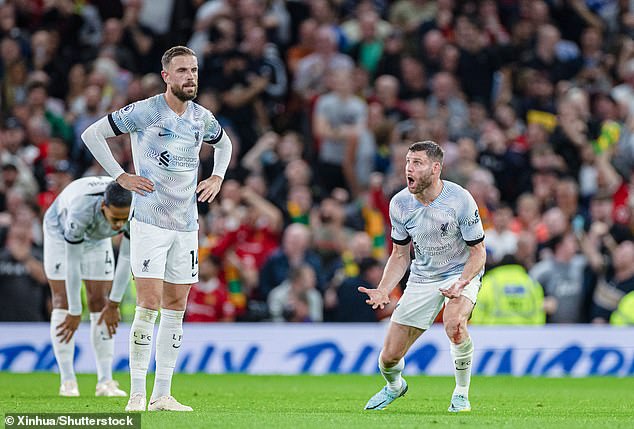 ‘We’re a club that goes out to win three points from every game we play.

‘I wouldn’t say it’s problematic for the players or for the manager but certainly we all know we need to do better.’

Diaz is now seven months into his Anfield career and explained his delight at playing for the Reds, despite the difficult start to the season.

He said: ‘I’m very happy to be here at this great club, with some outstanding players, and it’s a very professional set-up that I’ve experienced.

‘The key thing now is to improve and get some decent experiences behind us for the rest of the season.

‘The fans, I’ve felt from the very outset there’s this strong passion, respect and love for me. I felt it straight away. I can feel they are the greatest fans out there.’