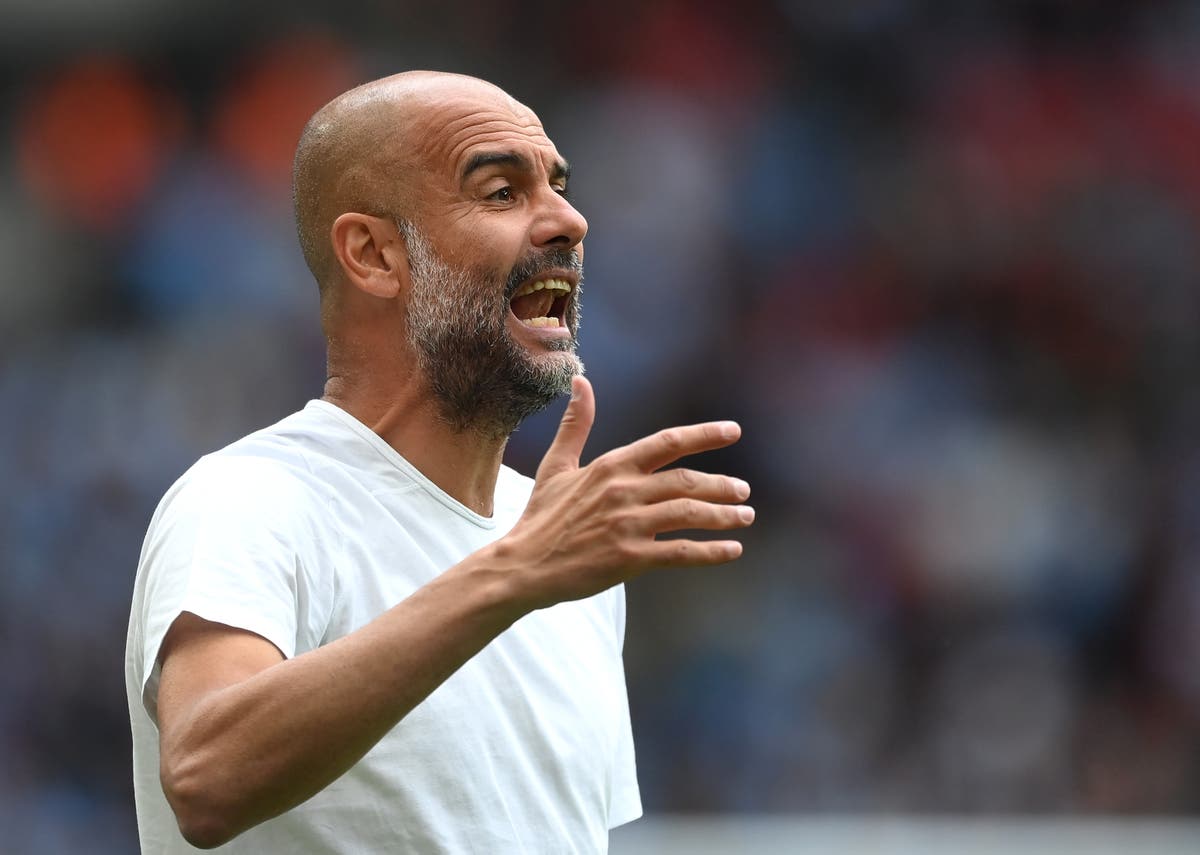 Pep Guardiola launched into a firm defence of his club’s spending this summer after Liverpool manger Jurgen Klopp appeared to question the “financial power” of Manchester City, Chelsea and Manchester United – and has challenged any critics to “prove” they have broken Financial Fair Play rules before accusing them of wrongdoing.

City smashed the British transfer record when they signed Jack Grealish from Aston Villa for £100 million and have been linked with an even bigger move for Tottenham striker Harry Kane.

Liverpool, meanwhile, have signed French centre back Ibrahima Konate for £36m with Klopp detailing before his side’s season opener against Norwich City that the club “cannot spend money we don’t have” as he compared their situation to the Reds’ rivals.

Klopp added: “I’m never surprised about the financial power of Chelsea, City or United. I am long enough in the country to know they always find a solution to do these kind of things.”

When the Liverpool manager’s comments were put to Guardiola ahead of the Premier League champions’ first match of the campaign against Spurs on Sunday, the Spaniard challenged Klopp or any critic of his club’s spending to “prove” whether they have broken Financial Fair Play rules.

City were previously invested by Uefa and banned from the Champions League for two seasons due to breaching Financial Fair Play restrictions – before the Court of Arbitration for Sport overturned the ruling.

Guardiola said: “We spend because we can do it, we don’t spend when we cannot do it. At the end we have to present the balance and say this is what we are and what we have and what we can do.

“Before years ago United and Arsenal win a lot of titles because they spend more money than the other clubs, do you remember that? In the end Man City couldn’t do it because they didn’t have the owners they do now. In Italy arrives Berlusconi and after Pirelli with Inter and they spend a lot of money.

“Before it was one, two, after arrived other clubs, Chelsea with Roman Abramovich, with our club and Sheikh Mansour who want to be in this world. What is the problem? Always being regulated for Financial Fair Play. What happened happened, we are there. We are in the same page like everyone. After that if one club wants to spend more than the other, they do what they want to do. If we are wrong, prove it and we go.”

He continued: “The reality is each club has its own story, every owner decide how they want to live. You can win for investing a lot, it helps because you need players, no doubts about that.

“Liverpool were fighting, fighting, and in the end went to the market bought two incredible amazing players and they won the Champions League and the Premier League. If they don’t want to spend more it’s because maybe they don’t think they need it or don’t want it. I don’t know I’m not there.

“We’re here because we sell for £60m and that’s why we could buy Jack Grealish. Otherwise can’t do it because of Financial Fair Play. The other clubs in France and Italy or wherever, every club is different. We try to do it in this way because the club believes it’s the best way to be there. That’s why we are.

Manchester City have sold players such as Angelino, Jack Harrison and Lukas Nmecha this summer while Sergio Aguero and Eric Garcia also left the club at the end of their contracts.

Guardiola has admitted his side are “interested” in signing Kane – who could line up against the Premier League champions today – but Tottenham have so far refused to listen to offers for the England captain.