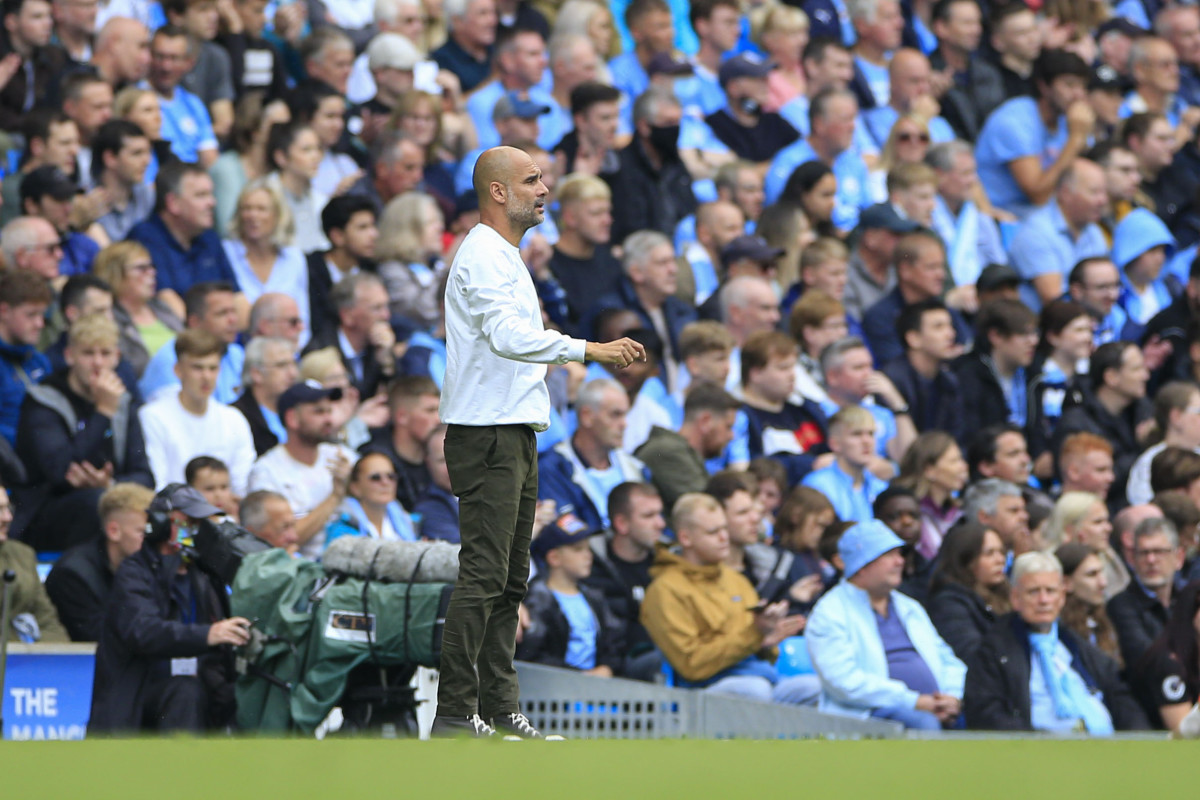 The Premier League champions bounced back from successive defeats against Leicester City and Tottenham by tearing Daniel Farke’s side apart in style in front of a buoyant crowd at the Etihad Stadium.

The hosts took the lead through an own goal by Tim Krul after just six minutes on the clock, with Gabriel Jesus putting a dangerous delivery into the box that caused havoc amongst the Norwich defence.

“This result was the consequence of how many good things we have done. We are still not at the top – there are still many things to do. We trained, we were refreshed, happy for these first points; hopefully, they will not be the last,” said Guardiola, as quoted by City’s official website.

Aymeric Laporte made it three for City just past the hour mark, placing the ball into the bottom right corner past Krul following a corner situation, with the 27-year-old looking set to stay put despite being heavily linked with a move to Spain in recent months.

In the final 20 minutes, Raheem Sterling and Riyad Mahrez added one each after coming off the bench to round off what was a much-needed first win of the new campaign for the Manchester side.

City have responded well after making a shaky start to the new campaign amid uncertainty surrounding the future of certain key players at the Etihad Stadium.

With the Champions League finalists still chasing a move for Tottenham striker Harry Kane, City’s attack could be strengthened further with less than 10 days left before the transfer window shuts on August 31.

The likes of Kevin De Bruyne, Phil Foden and John Stones are also yet to return to action for Guardiola’s side, who welcome Arsenal to the Etihad Stadium next week ahead of the first international break of the 2021/22 season.