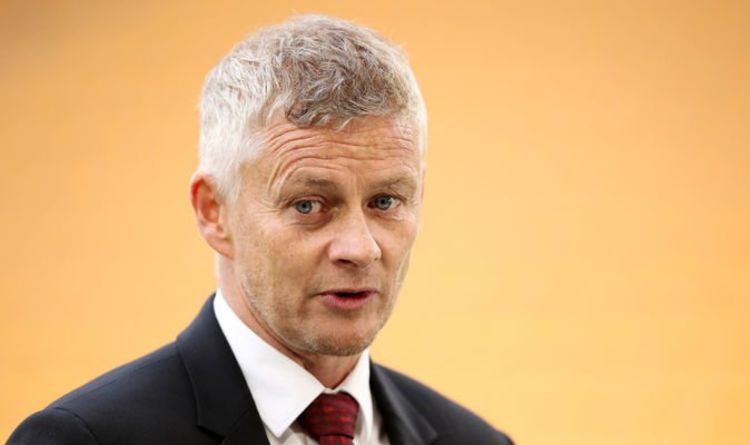 Manchester United manager Ole Gunnar Solskjaer stands accused of being ‘out of his depth’ by a former team-mate. John O’Kane, who spent two years with the Norwegian as a player at Old Trafford, claims that the Glazers only hired him to restore a feel-good atmosphere and get the fans off their back.

United’s results have been poor recently, losing three of their past four games in all competitions.

In fact, only two of their wins all season have come by more than a one-goal margin, and that is after 10 games played.

Both of those victories came against Premier League sides who had no wins to their name at the time, with Leeds only just notching their first and Newcastle still winless.

O’Kane, the defender who spent five years at United during the 1990s before going onto the likes of Everton and Burnley, had his say.

JUST IN: Chelsea have four problems Thomas Tuchel must solve during international break

“Kieran McKenna, a former Under-18s coach, Michael Carrick – they’re all learning on the job and this is the biggest club in the world.

“They need a better manager in there, but all the fans love Ole, don’t they?

“The Glazers are clever people, they’ve basically appointed a patsy who they know the fans will never go against.”

Indeed, Solskjaer and Cristiano Ronaldo are both nostalgic, feel-good additions to the United squad which certainly lifted the mood after sealing their respective returns.

That euphoria can only last for so long, however, before those in the stands start demanding results on the pitch.

The Red Devils enjoyed a tremendous summer transfer window which included the arrivals of superb youngster Jadon Sancho, World Cup winner Raphael Varane and one of the greatest of all time in Ronaldo.

Now, their squad is as good as anyone else’s in the Premier League, and Solskjaer has nowhere left to hide.

Doubters are nothing new from the boss’ perspective, and he has a tendency of producing something crucial when the pressure starts to mount.

Despite the current crop of pressure and poor form, United sit two points off the top of the table, so keeping pace with the other big boys would go a long way towards Solskjaer proving that he is not, as O’Kane sees it, ‘out of his depth’.