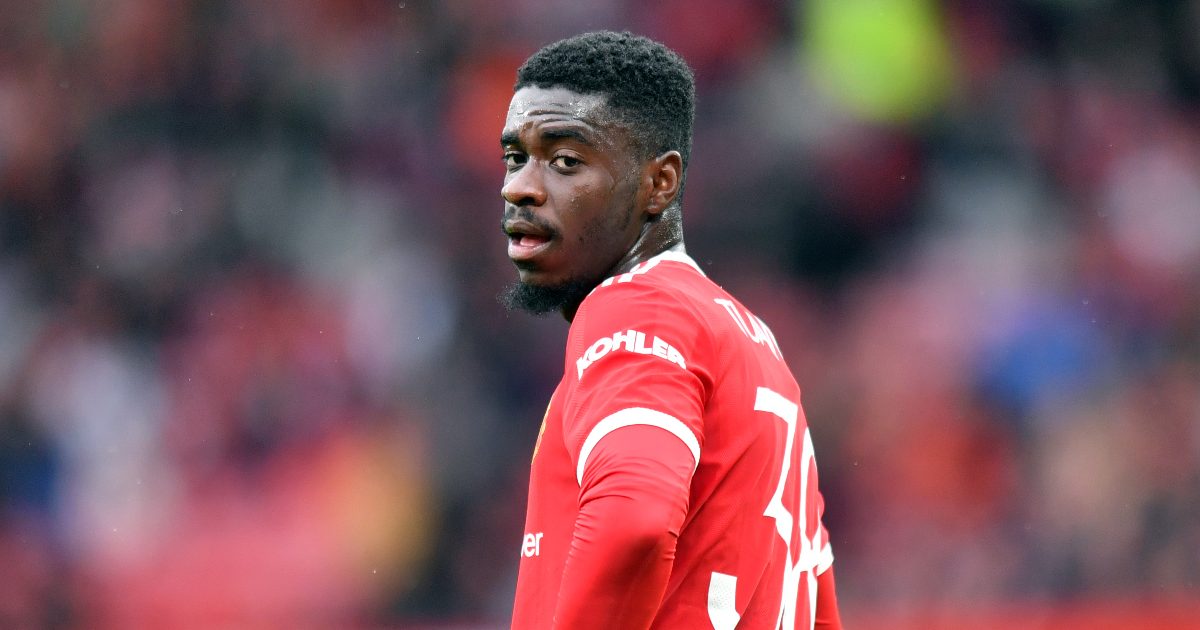 Man Utd defender Axel Tuanzebe is “set to join” Serie A giants Napoli after his loan at Aston Villa was cut short, according to reports.

The 24-year-old came through the ranks at United. He has played 37 times for them across all competitions since he made his senior debut in 2016/17.

During his career so far, he has had three spells on loan at Aston Villa. He shone for them in 2018/19 as they returned to the Premier League via the Championship play-offs.

Tuenzebe returned to Villa ahead of the 2021/22 campaign as he joined them on a season-long loan. He has played eleven times for them across all competitions.

The Athletic are reporting that the defender’s loan at Villa has ended. This has been done so he can join Serie A side Napoli.

The Italian outfit will pay a loan fee of around £500,000 for the Man Utd academy product. The report adds that Tuenzebe made it clear straight away that he wished to join Napoli so he could play regularly.

Elsewhere, Rio Ferdinand has backed Man Utd to earn a place in the Champions League:

“I’ve gone with my heart,” Ferdinand admitted. “Man United in the last four games, maybe their performances can be questioned at times but it’s a new person in charge, trying to implement his tactics etc.

“He hasn’t had time on the training pitch. I think that’ll improve and there’s scope to improve there, I think there will be.

“As much as there’s a bit of doom and gloom around the club in terms of performance. They’ve won three of their last four games and drawn the other.

“I think the run of games they’ve got will put them in a good place.”

Ferdinand went onto suggest that he cannot see anyone matching Man City in the title race:

“I think Liverpool would be my tip to rival Man City,” he added. But I know it could only be two games they miss when [Mohamed] Salah and [Sadio] Mane go to the African Cup of Nations, but if they don’t win those two games then I think City have won it.

“Ten wins on the bounce [for Man City], 30-plus goals and six conceded [in the last 10 games], that’s form that I don’t think anyone else is capable of achieving, so they’re my favourites.”