Manchester United are facing a shortage of replica shirts to sell, with Cristiano Ronaldo‘s arrival creating an overwhelming demand.

United’s kit supplier Adidas are already having to contend with significant delays in production due to the closure of factories in Vietnam, where typically 28 per cent of the sportswear giant’s production comes from.

There is already a potential four-month lag, but the situation has been complicated further by Ronaldo’s sensational return to Old Trafford. 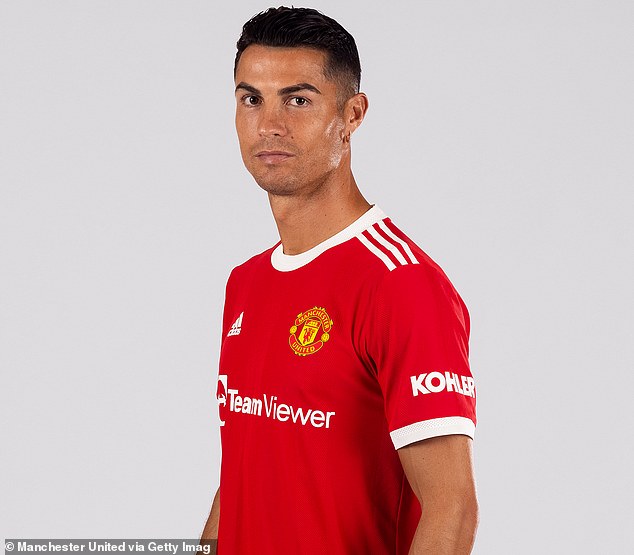 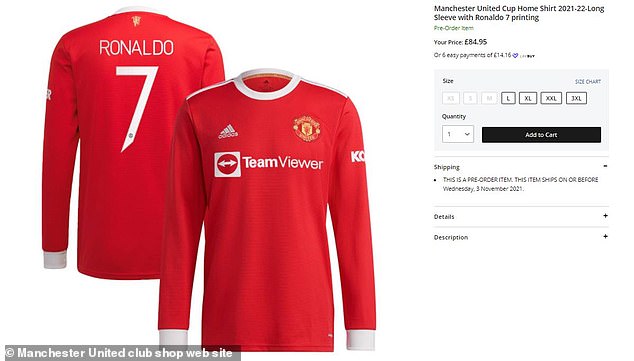 A long-sleeved shirt with Ronaldo’s name and shirt is sold out in a number of sizes on United’s website, while it states that shipping may be delayed until November 3

The signing of Ronaldo, who will reclaim his iconic No 7 shirt, has created a huge buzz around United and subsequently has seen a rush to purchase kits.

An Adidas spokesman told The Independent: ‘We are working in collaboration with MUFC to try and meet exceptionally high fan demand for our new designs but expect low availability of certain products.’

On United’s website, it states that some shirts with Ronaldo’s name and number printed on the back may not be shipped until November. 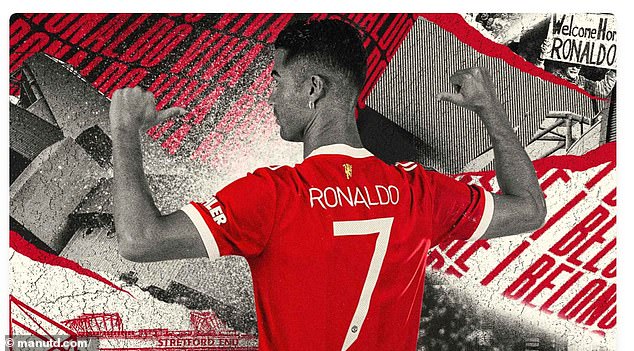 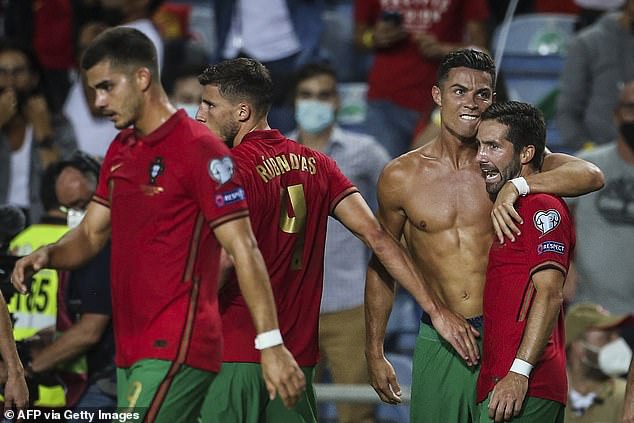 Ronaldo, meanwhile, has been given the opportunity to hook up with his new United team-mates earlier than expected after Portugal released him from the national squad after he picked up a one-game suspension in their 2-1 World Cup qualifier victory over the Republic of Ireland.

The 36-year-old headed two late goals to break the men’s international scoring record and give Portugal a dramatic victory. But he received a caution for taking his shirt off while celebrating the winner, ruling him out of the trip to Azerbaijan on Tuesday.

His release allows him to travel to England earlier than planned, giving him time to quarantine before he can start training with Manchester United ahead of a potential second ‘debut’ at home against Newcastle United on September 11. 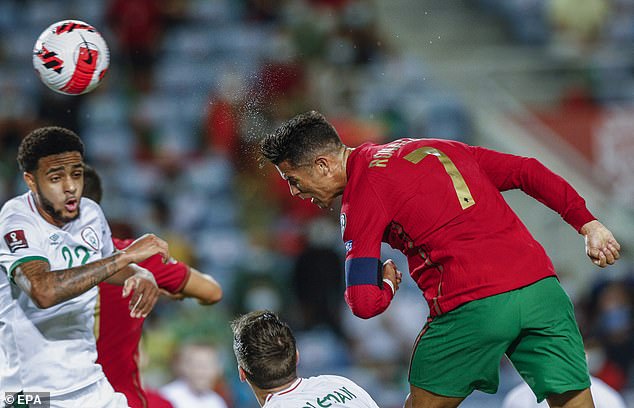