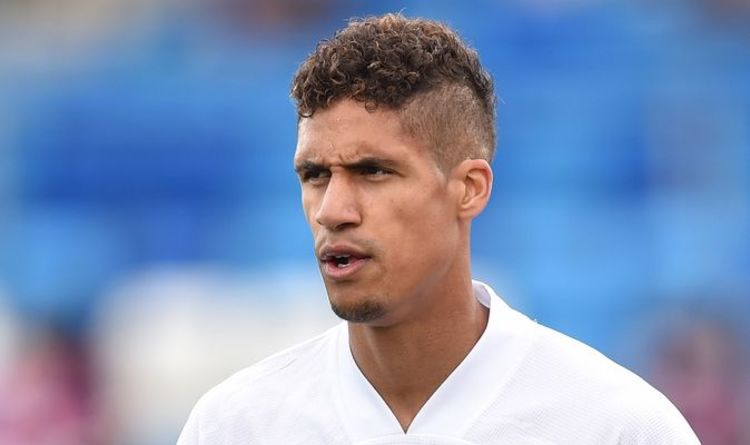 Manchester United are reportedly close to completing the double signing of La Liga defenders Raphael Varane and Kieran Trippier.  The Old Trafford hierarchy have been able to crack on with transfer plans this week after all but securing a £73million deal for Jadon Sancho.

England winger Sancho will officially sign for United once a medical has been finalised.

Bos Ole Gunnar Solskjaer wanted at least two or three new arrivals this summer to help bridge the gap between themselves and rivals Manchester City.

The Norwegian guided United to a second-placed finish last term but they were 12 points adrift of Pep Guardiola’s side.

And United notably conceded more goals over the course of the campaign (44) than any of their other top four finishers.

Solskjaer has identified a couple of key areas that he wants to improve and has clearly moved early in the transfer window to complete his first-choice XI.

JUST IN: What Liverpool stars think of new teammate Konate during pre-season

Real Madrid defender Varane is expected to fill that void and is a genuinely world-class addition to Solskjaer’s ranks.

The France defender would likely cost around £50m, which would take another large chunk out of the club’s transfer budget after the big-money deal for Sancho.

Meanwhile, versatile full-back Trippier is believed to be close to arriving from Atletico Madrid.

Trippier would provide some welcomed competition for Aaron Wan-Bissaka at right-back.

Wan-Bissaka was a £50m signing from Crystal Palace in 2019 and has performed well in his two campaigns, particularly improving his end product.

However, there is a feeling at United that he could move to the next level by having the same competition for his place that prompted Luke Shaw’s improved displays.

Trippier can also provide back-up to Shaw at left-back, although Alex Telles would be likelier to step up in the absence of the England Euro 2020 final scorer.

The new signings will leave a couple of fringe players uncertain about the futures.

Full-back Brandon Williams will be pushed down to Solskjaer’s third choice right-back and fourth choice right back after the arrival of Trippier.

Only four of those appearances in 2020-21 came in the Premier League.

The academy graduate has been linked with a loan move to Southampton but nothing seems close to being confirmed.

Meanwhile, the signing of Varane could lead to the departure of Axel Tuanzebe, who has also struggled for game time.

Tuanzebe has also been rumoured to be heading out on a temporary basis but more recent suggestions have discussed United potentially wanting to cash in on the 23-year-old.