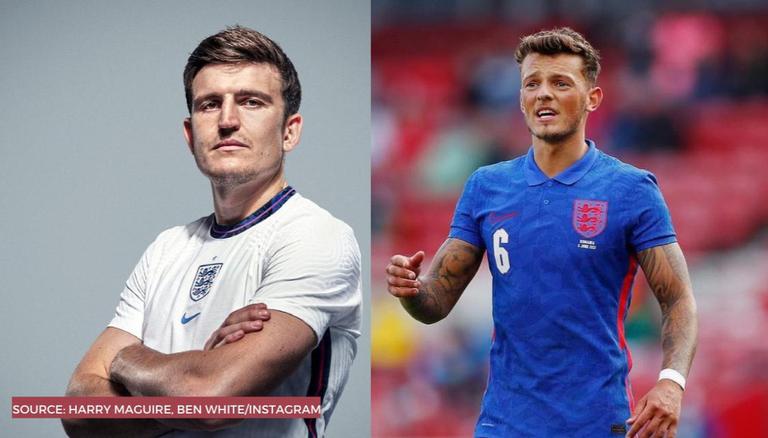 Man Utd transfer news sees the Red Devils being linked with a number of central defenders in the ongoing transfer window. The Old Trafford outfit has been on the lookout for a player to partner Harry Maguire at the heart of Manchester United’s defence this summer. According to various reports, the United team captain has asked the club to preferably sign an English-speaking player which led to the Red Devils looking at Ben White as the ideal candidate to partner the United skipper.

(🌤) Ben White 🏴󠁧󠁢󠁥󠁮󠁧󠁿 is among Manchester United’s centre-back targets for the summer ahead, with Ole Gunnar Solskjaer 🇳🇴 keen to recruit a partner for Harry Maguire 🏴󠁧󠁢󠁥󠁮󠁧󠁿 at the back. [MEN] #MUFC pic.twitter.com/kRteYoeSKo

Manchester United have been linked with Villarreal centre back Pau Torres and Real Madrid’s French star Raphael Varane for a move in the upcoming summer transfer window. However, the latest reports suggest that the Red Devils have cooled down their interest in the LaLiga players and are rather focused on keeping an eye on Brighton defender Ben White.

The 23-year-old centre-back has been one of the most prominent players for the Seagulls in his first campaign in the English top-flight football. The Brighton defender has been said to have impressed the likes of Jurgen Klopp, Ole Gunnar Solskjaer and Mikel Arteta with the trio aiming to sign central defensive reinforcements this summer.

Citing the defender’s excellent form, Ben White a received opportunity to feature for the national team and play with some of the top talents in England. He is reported to have caught the eye of Harry Maguire and impress the Manchester United captain.  Following Ben White’s stint with the national team, the Man United skipper is believed to have shared his thoughts on the 23-year-old centre back and dropped a major hint to the club for signing the Brighton defender in the summer transfer window.

According to MEN Sport, Ben White is reportedly interested in switching clubs with the 23-year-old seeing himself at a top club in the near future. The centre back is open to making a move in the upcoming summer transfer window and has expressed his interest in joining the Old Trafford outfit ahead of the next season with Harry Maguire asking for an English-speaking player to partner him for the Red Devils.

Earlier, Brighton were said to value their centre back around £35m but Ben White profile and rapid growth have seen the Seagulls increase the price tag. However, they are now said to demand near £50million for the sale of Ben White this summer citing the player’s inclusion in the national team.

White’s solid performances and ability to be versatile featuring on various areas of the ground also saw Gareth Southgate giving him a call-up for the England Euro 2020 squad.  Despite missing out on the 26-man squad for Euro 2020, the Brighton star was brought in as a replacement to Trent Alexander-Arnold after the Liverpool full-back suffered a thigh injury which ruled him out of the upcoming European Championship.

How to watch Portugal vs Germany in Euro 2020 from India? – Goal.com

How to watch Portugal vs Germany in Euro 2020 from India? – Goal.com