Manchester City ‘confident’ they can turn form around, Demi Stokes claims – The Independent 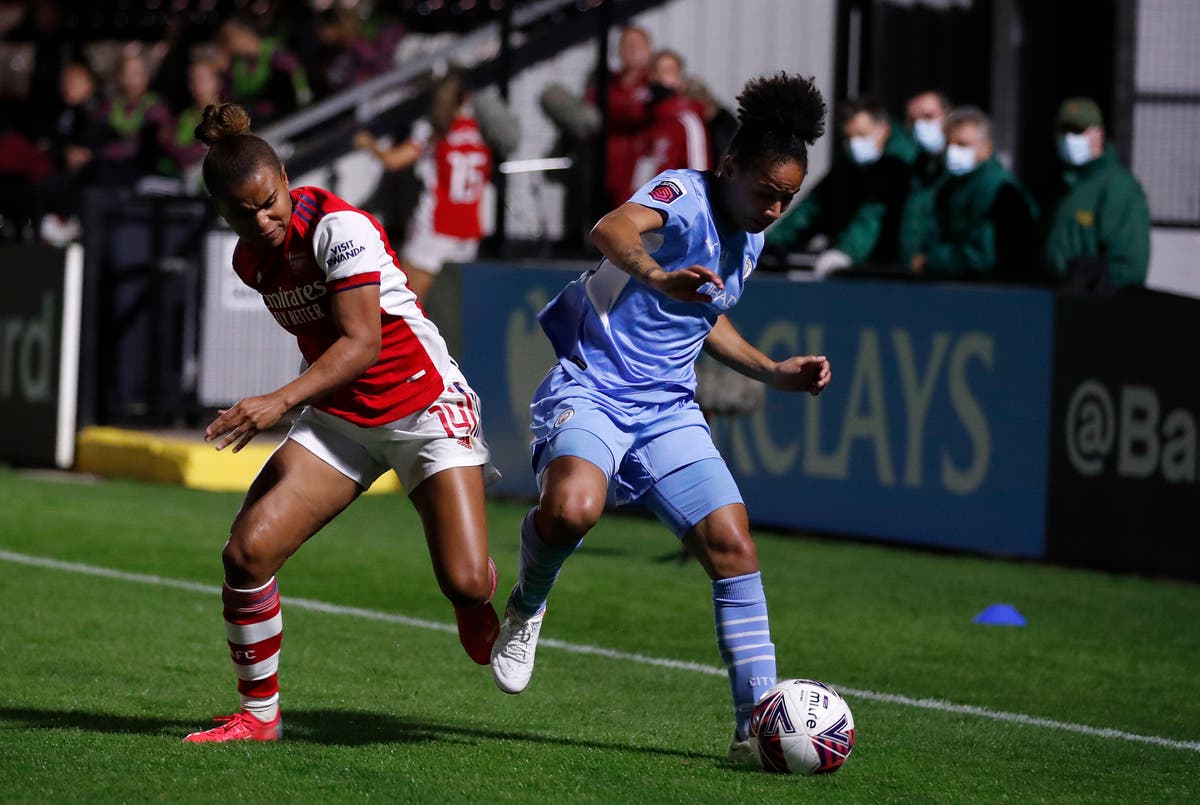 Demi Stokes says Manchester City are confident of turning things around after their poor start to the season as they target what would be a “massive” derby victory at Manchester United this weekend.

City head into Saturday’s contest at Leigh Sports Village having lost each of their previous three Women’s Super League matches, with a 5-0 thrashing at Arsenal being sandwiched by home losses to Tottenham (2-1) and West Ham (2-0).

That has left Gareth Taylor’s side – who have had a number of injury issues to contend with – lying ninth in the table after four games, nine points worse off than top two Arsenal and Spurs and six behind third-placed Chelsea and fourth-placed United.

Left-back Stokes said: “I don’t know specifically (why the results have been as they have), but obviously as a group we’ve spoken, and we know what we need to do, what we need to focus on. We know we need to be ruthless.

“We haven’t been happy with the results we’ve been getting, we’re aware of the situation we’re in. It doesn’t matter what the outside noise is.

“We’re confident. We have good players, our depth is good. I think we can keep saying we’ve got injuries but that’s how football is. We believe in our ability, we’re a good team, and good teams go through rough patches. I think it’s just about remaining positive and tweaking things.

“People are probably going to write us off (with regard to the title), but it’s still early days, there’s plenty of games, and I think, starting with Saturday, it’s important we just focus on getting a win and taking each game, and moving on from there.”

Asked if the players still had full confidence in Taylor, Stokes said: “Yes. At the end of the day, it’s us that are playing. We’re still sticking together. We’re not blaming anyone because we’re all in it together.”

The 29-year-old England international added of Saturday’s match, which will be live on BBC One as part of the WSL’s new broadcast deal: “It’s the derby, it’s a rivalry – you want to win, and I just think it will be a good turning point and something to move forward from.

“I think it would be a massive win, and what better way to do it, in the derby, where the pressure is there. That is why we sign up to do what we do – we want pressure, we like it.”