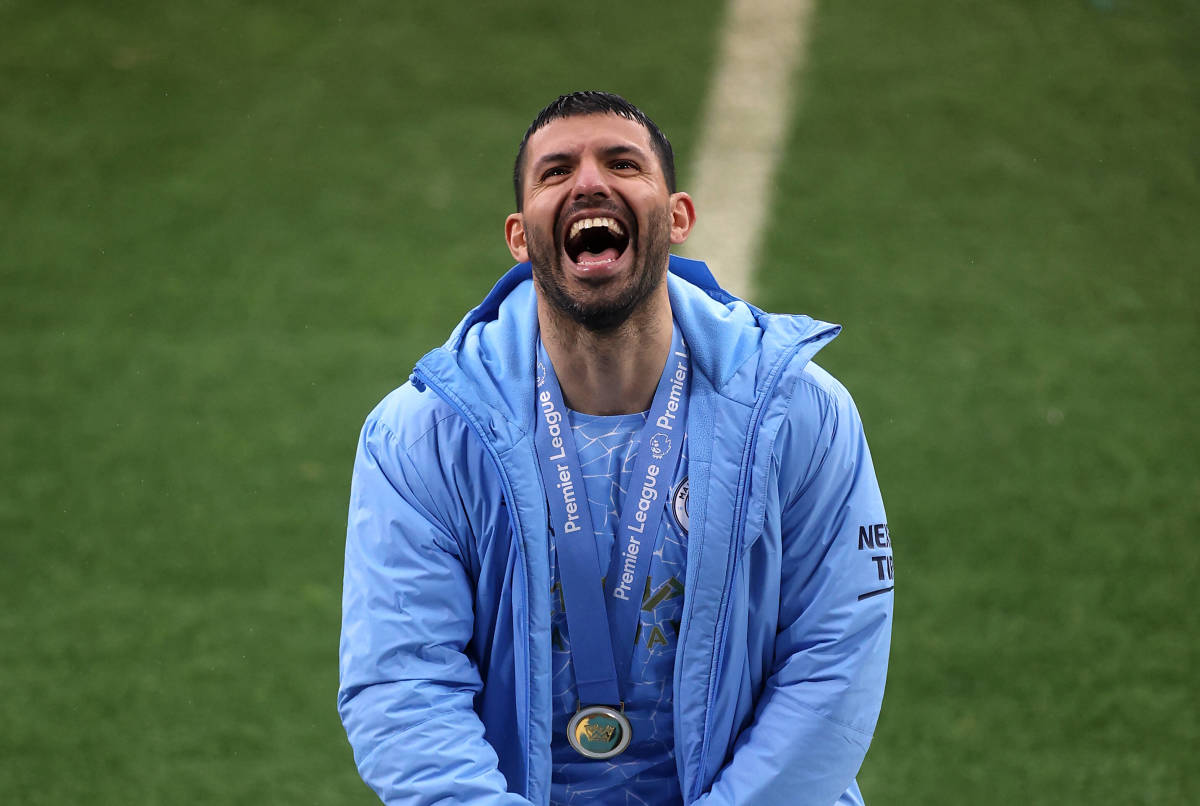 On Wednesday afternoon, Aguero announced his retirement from the game in a press conference at the Camp Nou, which saw the football world pay homage to one of the greatest strikers of his generation via social media.

The Manchester City legend was forced into retirement prematurely after being diagnosed with cardiac arrhythmia, following complaints of breathing difficulties and chest pains in a La Liga game for Barcelona against Alaves in October.

However, it may seem as though the journey between Aguero and Manchester City may not be over, with a report from Argentine outlet Olé now reporting that the Premier League icon has been offered the role of global ambassador for the Etihad club.

With Manchester City legends such as Mike Summerbee, Shaun Wright-Phillips and Micah Richards already being club ambassadors – often seen at matches and being vocal in their support for the club, ‘Kun’ may be set to also take on a similarly esteemed role.

The former Argentina international is arguably the best ever player to play for Manchester City and his 93:20 goal is widely regarded as the greatest moment in Premier League history.

For a global footballing icon like Aguero, who is so adored by the Sky Blues fanbase, to take on this position would be an excellent look for the club.

This news comes right after the club confirmed a statue of Sergio Aguero is set to be unveiled outside the Etihad Stadium in 2022, right next to the statues of club legends David Silva and Vincent Kompany.

Whether Manchester City’s record goalscorer takes on the position or not is an update we will keep an eye out for, but there’s no denying how elated the fans will be if the answer is yes.