Manchester United have been drawn against tricky Spanish opposition in Real Sociedad in the group stages of the Europa League.

United have often struggled against Spanish opposition in European competitions. Erik ten Hag will be hoping for better tidings this season when he takes his charges to the Reale Arena.

Last season, they were eliminated from the Champions League by Atletico Madrid. United fans will also remember the recent disheartening losses to Sevilla and Villareal 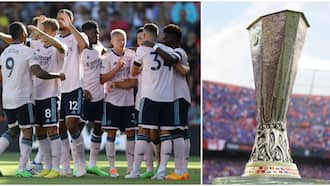 The other sides in the group include Moldovan opposition Sheriff Tiraspol who surprised Real Madrid in the Champions League last season and Omonia from Cyprus.

Arsenal handed a fairly tough draw in the Europa League

At the same time, Sports Brief has reported that Arsenal have been handed a relatively tough group in Europe’s secondary competition, UEFA Europa League.

Having edged fierce rivals Ajax Amsterdam in the Dutch Super Cup, PSV narrowly missed out on Champions League qualification in heartbreaking circumstances but will aim to make amends in the Europa League. 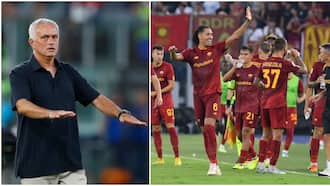 In Italy, AS Roma will face Lugodorets, Real Betis and Helsinki in the just concluded draw of the UEFA Europa League.

Roma will enter the competition as the defending champions of the Conference League, having beaten Feyenoord in the inaugural final last season.

Jose Mourinho made history by becoming the first manager to win all the European titles and he will be attempting to win a second Europa League, having won his first with Manchester United. The final of this year’s competition will take place at the Puskas Arena in Budapest.