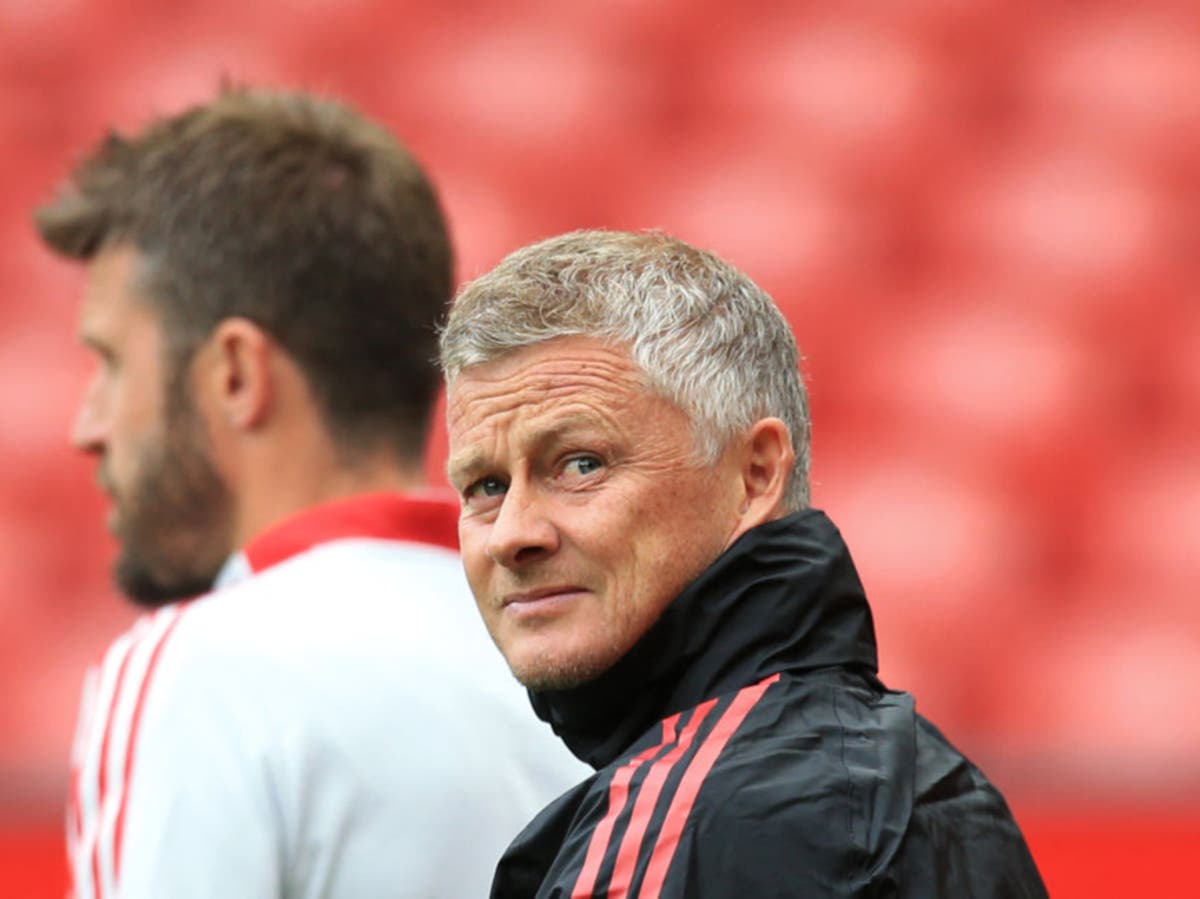 The Europa League final against Villarreal in Gdansk was meant to be the crowning night after nine months of steady improvement by Manchester United. Instead, an epic penalty shoot-out defeat denied Ole Gunnar Solskjaer his first piece of silverware, sucked the air right out of the season and shattered the fragile sense of progress that had built up since the campaign’s difficult start.

But in a way, maybe it came at exactly the right time. The month-and-a-bit break and the shift of attention onto the European Championship afforded everyone at the club space to breathe and rebuild. Though bruised and disappointed, Solskjaer immediately set about laying the groundwork for a successful summer. As a result, that sense of progress is being pieced together again.

Jadon Sancho and Raphael Varane, his two priority transfer targets, were signed in cut-price deals relative to their quality and with uncharacteristic ease. Both are among the best in Europe in their respective positions. Sancho, in particular, fills a vacancy that has been in desperate need of attention at Old Trafford for years. United finally have a right-side wide forward and a potentially generational talent at that, too.

More work has been done round the edges. Tom Heaton has returned to his boyhood club on a free transfer as a third-choice goalkeeper, but his performances during pre-season training suggest he is not merely here to help fill the squad’s homegrown player quota. The young and highly-rated coach Eric Ramsay has joined Solskjaer’s backroom staff from Chelsea, with shoring up defensive set-plays part of his remit.

Perhaps most significantly of all, Solskjaer signed a new three-year contract before his previous deal was set to expire next summer.

It was a move that United were under no pressure to make – there is no job Solskjaer would rather do, while the club could have triggered their one-year extension clause in the existing deal – but it was the latest reminder that despite doubts on the outside over how far he can take United, and despite there being more than a few challenging moments during his time in charge, he has always been able to rely upon the full support of those above him.

That is not to say it has been a perfect summer, though. Pre-season preparations were disrupted and a friendly with Preston North End was cancelled due to a suspected Covid outbreak. Fortunately, all nine cases transpired to be false positives. Still, a combination of international commitments and quarantine regulations have led to players returning in dribs and drabs. Despite United agreeing both deals last month, Sancho and Varane have only started training this week.

Meanwhile, any further incomings will depend on sales. United are not rushing into a deal for Kieran Trippier, given Atletico Madrid’s firm stance on their asking price, and are instead prepared to give Diogo Dalot the chance to compete with Aaron Wan-Bissaka at right back. The desire among supporters for a holding midfielder has been acknowledged, with Rennes’ Eduardo Camavinga of interest, but Solskjaer recently admitted that any further signings will be a “bonus”.

That hinted to United’s biggest problem in this summer market. They are one of many top European clubs looking to sell players but very few are looking to buy. While loans may be agreed for some of the younger ones on the fringes, more senior players – like Anthony Martial, David de Gea and Donny van de Beek – could find themselves caught in limbo. Solskjaer is not known for rotating his squad, yet he suddenly finds himself with a lot of players who will expect to play and not enough minutes to share around.

That reluctance to rotate was one of the lesser-spotted criticisms of his management last season but it feels increasingly relevant. Marcus Rashford was one of five United players to play more than 4,000 minutes and spent most of them carrying persistent shoulder and ankle injuries. Rashford’s performances were noticeably fatigued as the campaign dragged on and he is now likely to be sidelined until October as he undergoes surgery on the shoulder problem.

In that Europa League final, Solskjaer waited until the 100th minute to make his first substitution. It was a similar story in the semi-final a year earlier against Sevilla, which also saw United’s season end in disappointment. After both defeats, it was suggested that Solskjaer cannot fully trust the options he has in reserve. That should not happen after spending £275m over the course of two seasons, and management is the art of using the resources at your disposal, in any case.

Individual games should not colour a whole season, though. If there are still fair questions to ask about the structure of United’s play, the number of narrow wins they enjoy and their solid but unspectacular underlying metrics, then they must be balanced out by a single fact: Solskjaer has made United better. The arrivals of Sancho and Varane should mean a third consecutive top-four finish and Champions League qualification, which may be the minimum requirement every season but has been no certain thing in recent years.

The question now is whether they are ready to take the next step. For all the disappointment of Gdansk, the Europa League is not a competition the club sets out to win. Only a Premier League title or Champions League crown really count when, even during a pandemic, your annual turnover tops £500m. When asked recently whether his players could deliver one of those two prizes this season, Solskjaer said: “I’d rather be an optimist and be wrong than be a pessimist and be right.”

That optimism has survived Gdansk and been strengthened by a productive summer but Solskjaer knows better than anyone that there is a growing expectation to deliver tangible success.