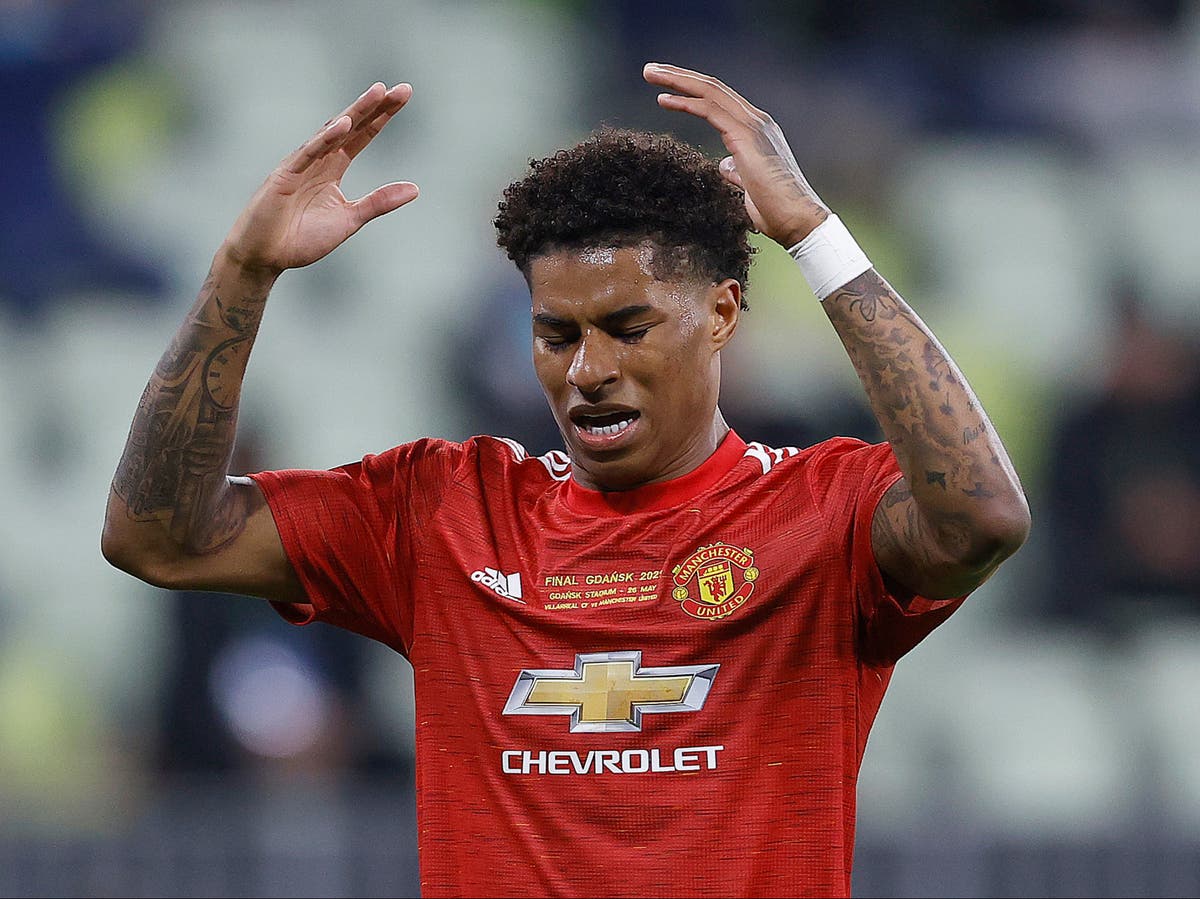 Ole Gunnar Solskjaer expects to reach a decision with Marcus Rashford over his potential shoulder surgery in the coming days, as the Manchester United forward deliberates whether to miss the start of the season.

Rashford faces being sidelined for up to three months if he choose to go under the knife to repair a muscle tear in his left shoulder which he has been carrying since last November.

The 23-year-old is understood to be in favour of having the operation in order to solve the issue once and for all, though a final decision will only be made following talks with United later this week.

Rashford played just 88 minutes during England’s run to the final of Euro 2020 this summer and would be likely to miss four of this autumn’s World Cup qualifiers if he goes ahead with the surgery on his shoulder.

“With Marcus, we’ll probably make decision in next few days when we check him up again, the last decision-making,” Solskjaer said, after United’s 2-2 friendly draw with Brentford on Wednesday night.

“What’s best for him and best for the club has to be considered,” he added.

As well as Rashford, Solskjaer also has decisions to make on Harry Maguire, Luke Shaw and Brazil international Fred, who remain on holiday after their tournament exploits in the Euros and Copa America.

All four players are due back on Monday. Leeds visit Old Trafford in United’s opening game of the new Premier League season on 14 August but Solskjaer offered no guarantees that they will be involved to start the season.

“With the boys who’ve not come back yet, I don’t know,” he said. “I’ve not got a Scooby-Doo how they are fitness wise. Everyone’s due in for training Monday, that means it’s three weeks since last game. Fred at the Copa America and English finalists.

“We’ll see how they are, what fitness levels they’re at, because it’s down to them what they’ve done during the holidays as well. I can’t just throw them in if they’re not fit enough.”