Anthony Martial has claimed that ‘big-time player’ Raphael Varane will ‘bring all his powers’ to Manchester United and insisted the defender won’t ‘need too much time’ to adapt to the Premier League.

New £42million signing Varane was officially unveiled to the Old Trafford faithful on the pitch before United’s 5-1 mauling of Leeds on the opening weekend of the season.

Martial, who won a World Cup alongside the defender for France in 2018, insisted his international team-mate will bring a winning quality to Ole Gunnar Solskjaer’s side. 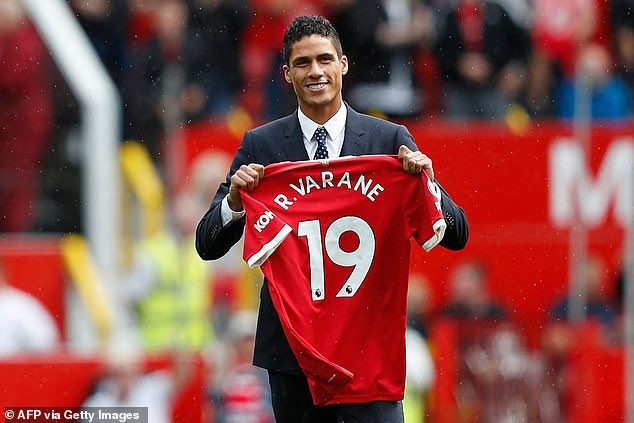 Manchester United have bolstered their ranks with the additions of Varane and England international Jadon Sancho for £76.5m in a successful summer of transfer business and Martial believes both are ‘really great players’.

‘Varane, I know already, of course,’ he told the club’s site. ‘And the skillset he has, I know he will bring a lot to our team, in addition to his long experience, so we are all really delighted with these two new players we have.’

‘Varane is a big-time player,’ he added. 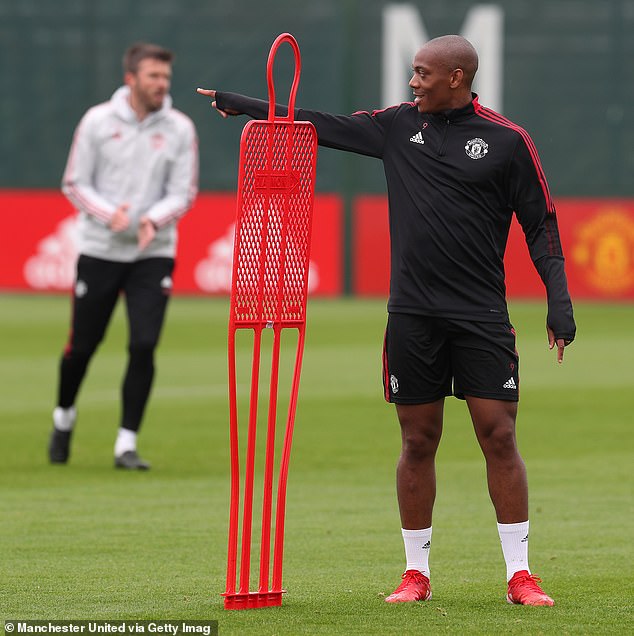 ‘I don’t think he [Varane] will need too much time to adapt to his new environment, but I’m there for him for whatever little help or advice he may need.

‘He has all his experience, he’s a player who has won a lot during the time of his career at Real Madrid and also in the French national team, so I am sure he will bring all his powers, as he really is a top player and I know things are going to go well for him here at United.’

Varane is the latest addition to the French contingent at Old Trafford which includes his international team-mates Paul Pogba and Martial. 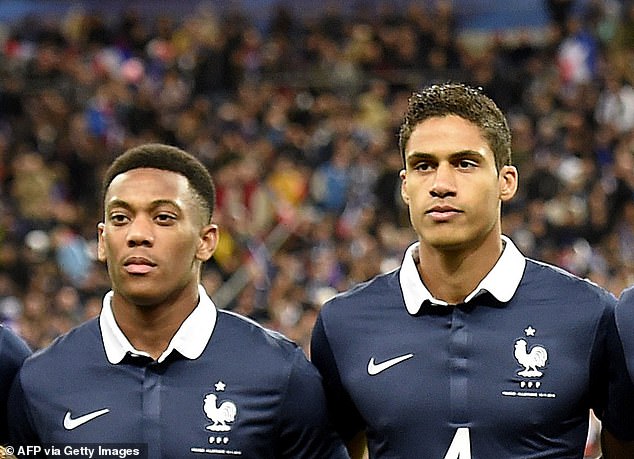 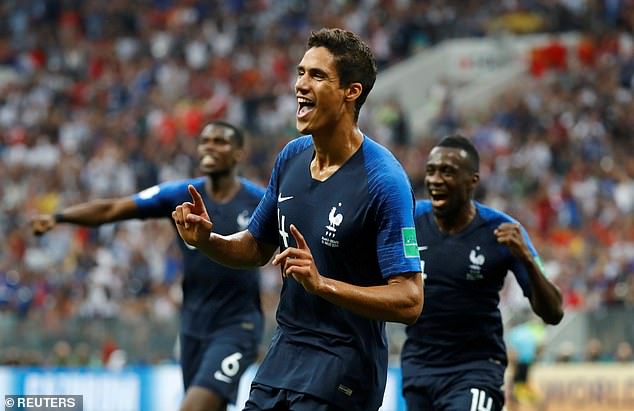 The Red Devils will be hoping to see the trio link up to form a French spine for Les Rouges rather than Les Bleus this season.

Fans missed out on the opportunity to see the three Frenchmen take Old Trafford by storm on Saturday as they will have to wait until Sunday for Varane to make his debut when United clash with Southampton.

However, Pogba got the Theatre of Dreams rocking with four assists that sealed an opening day hat-trick for Bruno Fernandes and helped Mason Greenwood and Fred find the net. 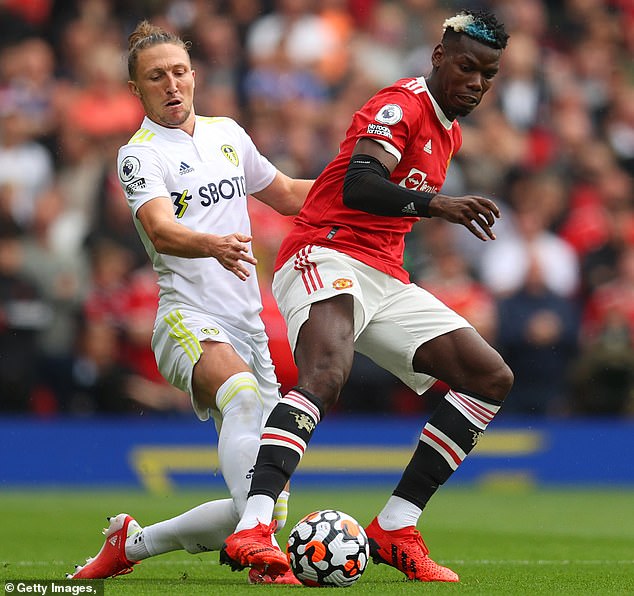 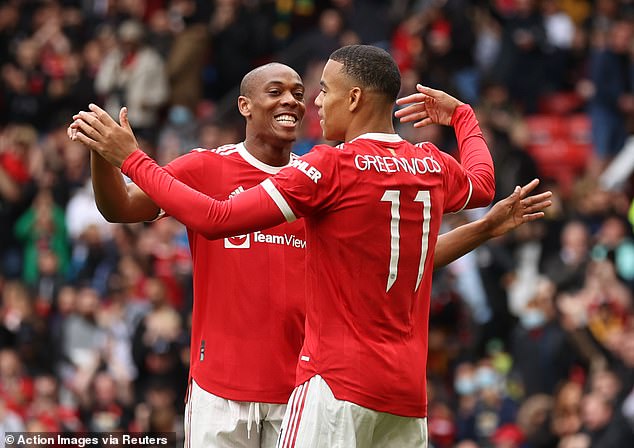 Martial came on as a substitute against Leeds after making his return from a five-month injury in United’s last pre-season fixture against Everton.

Varane joined training on Monday following the completion of his move at the weekend and the four-time Champions League winner said he was looking forward to teaming up with his countrymen, particularly Pogba.

‘Paul motivates players with his energy,’ he said. ‘We are different, but very complementary and it’s important to have different types of leaders and characters. 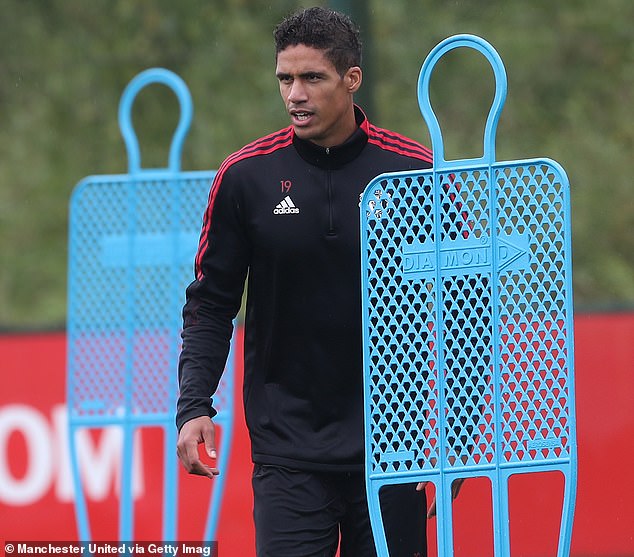 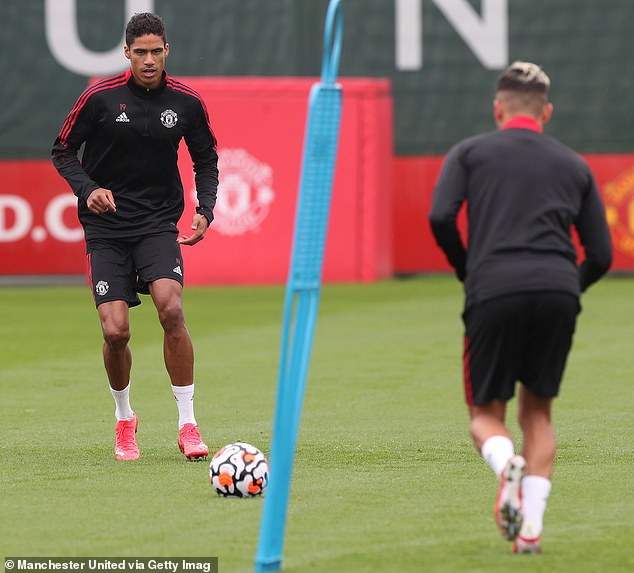 Varane claimed he was looking forward to teaming up with his countrymen, particularly Pogba

‘He’s ambitious and me too, so we are ready to work hard and do all we can to win trophies.’

Speculation surrounds Pogba’s future at United as he has entered the final 12 months of his contract and has yet to agree to an extension.

PSG are reportedly gearing up to make a mega-money offer of £510,000-a-week to Pogba if he joins them on a free next summer.

However, Varane claimed that his countryman is ‘very positive’ and has ‘very good energy’ in the dressing room.

‘I think Paul is very positive and he has a very good energy; he motivates players in the dressing room and on the pitch with his energy,’ he said.

‘We are different but we are very complementary, and it’s important in the team to have different types of leaders and characters.’ 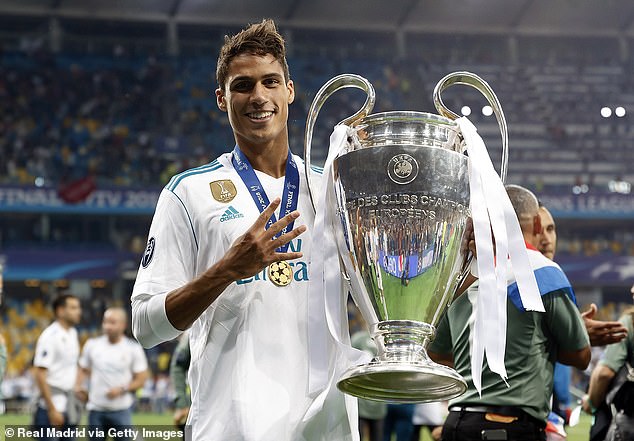 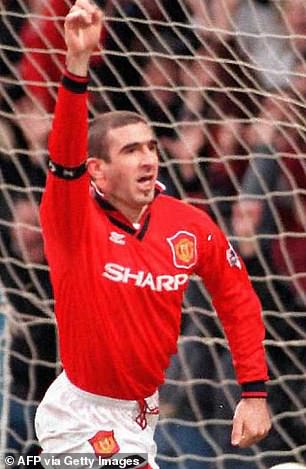 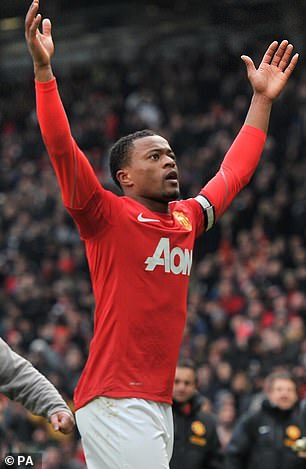 United have an established history of French players, including Eric Cantona and Patrice Evra

With a World Cup and four Champions Leagues under his belt, Varane’s trophy haul is as well established as United’s history with French players.

Eric Cantona led the way with four Premier League titles in five years after he joined in 1992 followed by Patrice Evra’s success in the 2000s.

Solskjaer, who spent a season playing alongside Cantona, will be hoping the new first-team trio will also go down in the history books as he continues his quest for the first trophy of his tenure.