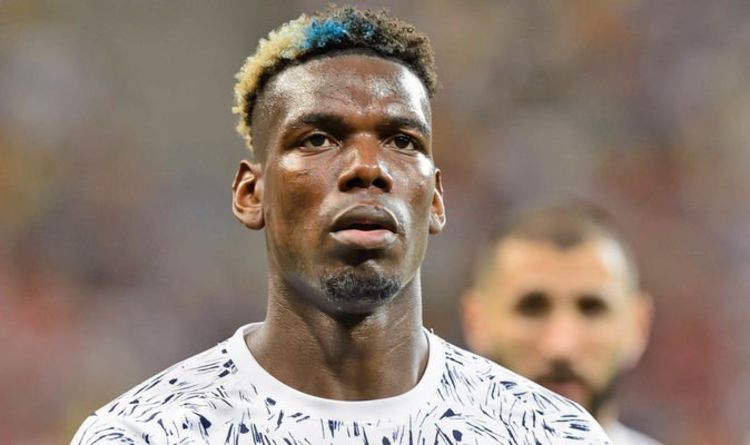 Manchester United star Paul Pogba wants to join Paris Saint-Germain this summer, according to reports. The France international has just a year left on his current contract at Old Trafford. But a parting of the ways now appears to be on the cards.

Manchester United thought they were onto a winner when they signed Pogba back in the summer of 2016, paying £89million to secure his signature.

But, throughout his five years back at Old Trafford, he’s failed to live up to expectations.

Pogba has struggled for consistency under both Jose Mourinho and Ole Gunnar Solskjaer, winning just two trophies over the past half a decade.

Talk of a move to PSG has gathered pace in recent weeks, with the Ligue 1 giants determined to sign a marquee name.

With the 28-year-old having just a year left on his current contract, United face selling him now or risk losing him for nothing in a year’s time.

And Foot Mercato have claimed he wants to join PSG this summer.

THINK YOU KNOW SPORT? Test your sporting knowledge with our tricky quiz

Now, for the Red Devils, that’s a blow. While Pogba has never been the player they thought they were getting, he’s still a vital asset to Solskjaer and his team.

But a parting of the ways looks increasingly likely.

The United hierarchy won’t want Pogba to leave the club so close to the new season, which is due to commence in just over a month’s time.

But, if he does leave, then it’ll be interesting what the Red Devils decide when it comes to acquiring a potential replacement.

Solskjaer himself has long admired Jack Grealish, believing the Aston Villa star’s creativity and leadership are both great assets to have.

Barcelona’s strong XI with Ronaldo and two other signings

England have four heroes rise up in Denmark win

Yet with Manchester City keen on the playmaker, any deal for the England international won’t be straightforward.

United are in the hunt for Eduardo Camavinga, regardless of what happens with Pogba.

The Rennes star has just a year left on his contract and, at present, has shown no signs he’ll pen an extension over in France.

And while Declan Rice is another player United have longstanding interest in, West Ham’s price tag of £100m for their prized asset makes a deal difficult to broker.

Former United star Teddy Sheringham recently opened up on Pogba and expressed a belief that he should be sold because he ‘isn’t a top player’.

“It’s a funny situation, isn’t it?” he told The United Stand.

“He’s got a year to go and could go on a free and go and get himself an absolute fortune – as if they don’t earn enough money now.

“I think if United or Ole got vibes that’s what he was trying to do, I’m sure he’d try to sell him now and get as much as he could for him.

“Whether that’s the right thing or the wrong thing. He’s sometimes played in midfield and sometimes been left out, but if you’re a top player you don’t get left out.”

Pogba recently thanked fans on social media after France were beaten by Switzerland at Euro 2020.

“Sometimes football can be cruel… cruel and also beautiful,” he said.

“Yesterday, the game brought us sadness but happiness to our opponents. That’s the beauty of football.

“Of course, we all wished that we could have had a positive result. Thank you so much to all of our fans across the globe.

“It was beautiful to see you, to hear you, and to celebrate with you. You gave us hope and joy throughout all of our games. We will keep our heads up and we will come back stronger.

“Finally, I want to wish congratulations to Switzerland.”