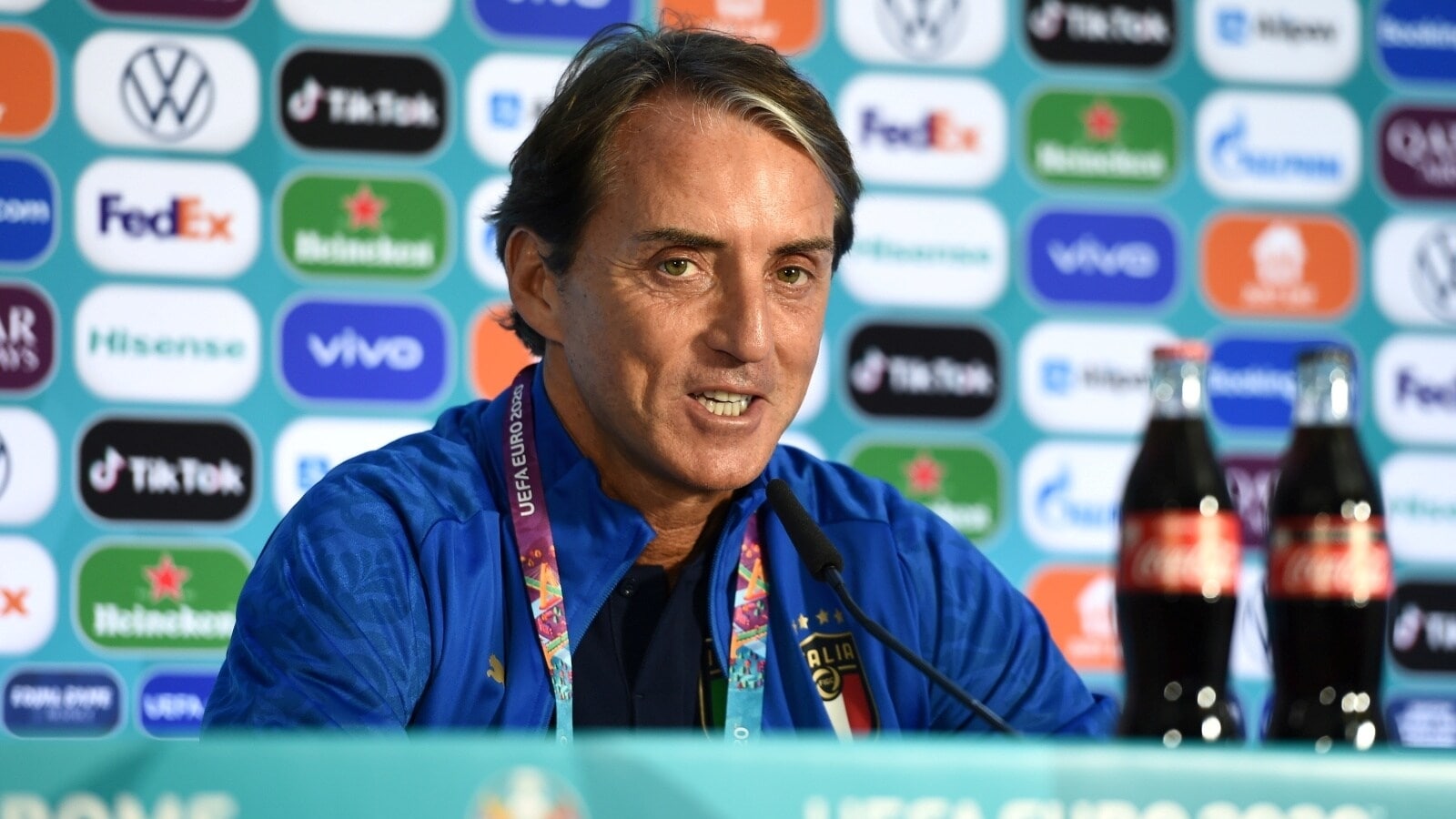 Italy coach Roberto Mancini hopes his players can put on a show in the opening game of Euro 2020 against Turkey and his ambition is to take them to at least the semi-finals, he said on Thursday.

The Azzurri face Turkey at Rome’s Stadio Olimpico on Friday in the tournament’s first match.

Mancini’s side come into the Euros on a 27-match unbeaten run stretching back to 2018 and have been tipped by many as dark horses to win it.

“I think after everything we have gone through, now is the time to try and put a smile back on faces,” Mancini told a news conference.

“That will be our aim over the next month, we want people to enjoy themselves and have fun. I think it will be a wonderful time for everyone over 90 minutes, we will give it everything.

“The opening match is the hardest one, above all at the start of the tournament. We have to be free and try to have fun, that should be the aim.”

Mancini has overseen a transformation of the national team since their humiliating failure to qualify for the 2018 World Cup.

He did not shy away from saying he is targeting a trip to London next month, where the semi-finals and final will take place.

“I was confident three years ago and I am more confident now. We have worked very well, we have excellent players and have forged a great team spirit,” Mancini said.

“We have been working together for a long while and have enjoyed ourselves and want to go on enjoying ourselves. Come the end of the tournament we would love to make it to London.”

Italy captain Giorgio Chiellini was on the pitch when Italy drew 0-0 with Sweden at San Siro in November 2017 to seal a 1-0 aggregate loss in their World Cup playoff.

“We are very keen to bounce back and play a starring role in a major competition,” Chiellini said.

“That defeat to Sweden at San Siro is still with us and we can’t erase that, but we have been able to transform that disappointment into enthusiasm and a desire to do well.

“That feeling is not just in us but with all the national team fans. You wouldn’t believe how many friends and family are galvanised by the national team, waiting for this game that has been missing for five years. We are aware of that and can’t wait to get out there and experience those emotions.”

There was one blow for Mancini on the eve of the tournament as Roma midfielder Lorenzo Pellegrini left the squad due to injury.

“We are gutted for Lorenzo because he is an important player and could operate in several positions,” Mancini said.

“It is disappointing how it came about as he was on form. We’re very disappointed for him as a player and a person and it’s sad to leave the Italy squad on the final day.”