Many ‘twisties’ and turns, but Simone Biles exits Games a champion – Reuters 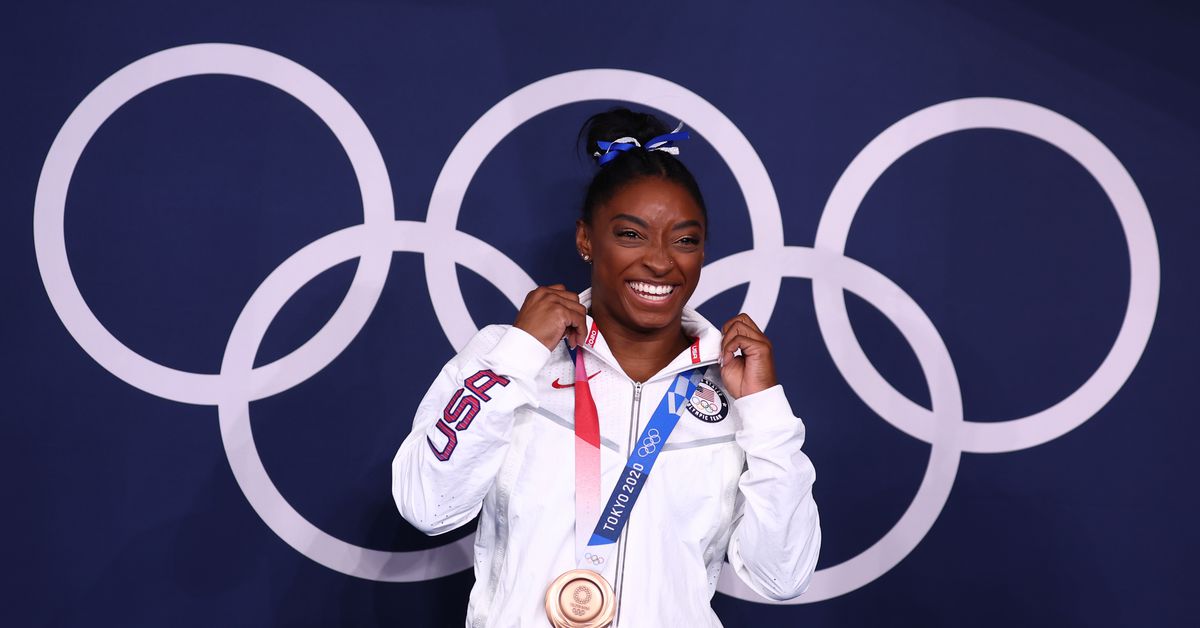 TOKYO, Aug 4 (Reuters) – Simone Biles was always expected to make headlines at the Tokyo Olympics. The U.S. gymnast did just that, and more – but not in a way anyone would have ever expected.

While Biles did not rewrite the Olympic record book as planned, she did leave an indelible mark on the Tokyo Games, changing the narrative from winning medals to championing athlete mental health and well-being.

Suddenly everyday conversation revolved around the “the twisties”, a type of mental block where gymnasts are disoriented during their gravity-defying skills and something few outside the sport had heard of prior to the Tokyo Olympics.

The 24-year-old had come to Japan eyeing a record haul of six golds, which would have made her the most successful female Olympian of all-time across any sport. But instead she suffered a crisis of confidence dropping out of the opening event, the team competition, after just one vault.

For the next week Biles’ story would overshadow everything else that happened at the Ariake Gymnastics Centre, and much of the Games, as she withdrew from event after event.

Not even the coronation of Japan’s Daiki Hashimoto, the winner of the men’s all-around and high bar gold, plus a silver in the men’s team, as successor to his country’s gymnastics great ‘King’ Kohei Uchimura, could nudge Biles out of the Olympic spotlight.

The winner of four gold medals at the 2016 Olympics, Biles could only look on from the sidelines as first the team title she led the United States to in Rio went to the Russian Olympic Committee (ROC), then her individual all-around crown was claimed by team mate Sunisa Lee.

Another U.S. team mate, Jade Carey, would replace her as gold medallist on the floor and Brazil’s Rebeca Andrade would claim her vault title.

But in one last dramatic twist, Biles would return to action on the balance beam for the final event of the women’s gymnastics competition on Tuesday, hoping to end a tumultuous Games on a golden high.

There would be no storybook ending. The final gold would go to China’s Guan Chenchen, but a courageous Biles would be hailed as a champion nonetheless after taking the bronze, the same as she did five years earlier in Rio.

A team silver and the beam bronze bring Biles’ career Olympic haul to seven medals, but that falls far below the target many had set for the powerhouse American.

It was that pressure and expectation that appeared to derail Biles’ Olympics, and she spoke with remarkable candour about her decision to prioritise her mental and physical well-being.

The International Olympic Committee (IOC) acknowledged that more needs to be done for athlete well-being, particularly those who have spoken about the crushing weight that comes with competing in the Olympic pressure cooker.

“More could be done,” said IOC spokesman Mark Adams, adding that it was a matter that the organisation had been working on for some time.

As Biles exited the Olympic stage, she used it to issue a defiant reminder that athletes are human after all.

“Mentally I still have a lot of things that I have to work on but to bring the topic of conversation on mental health to light means the world to me,” said Biles.

“People have to realise that at the end of the day we’re humans, we’re not just entertainment.”

Reporting by Steve Keating in Tokyo; Editing by Kenneth Maxwell