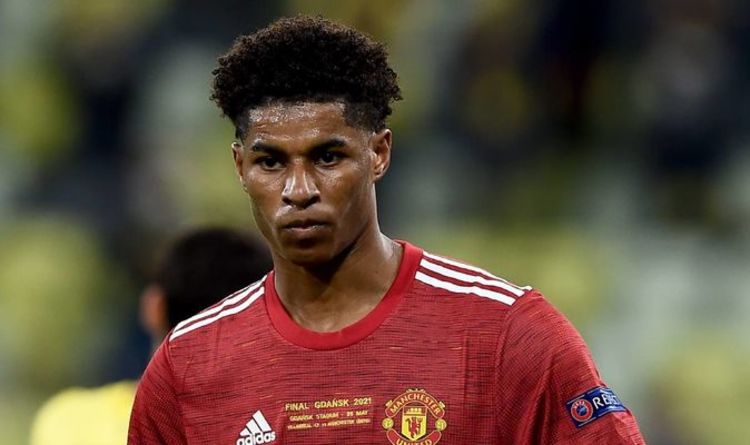 Manchester United’s pursuit of Raphael Varane in the summer transfer window should please Marcus Rashford, who has spoken of his admiration for the Real Madrid defender. United have been strongly linked with a move for Varane and Rashford rates him as one of the best players he’s come up against.

Ole Gunnar Solskjaer is seeking a long-term partner for Harry Maguire in central defence and Varane appears a good fit for the role.

The French defender is about to enter the final 12 months of his contract with Los Blancos and appears likely to move on in the transfer window.

He has been a regular for Real ever since turning down United to join the Spanish club from Lens in 2011.

MARCA have reported the Real have offered him a new contract on improved terms, with the club worried about potentially losing Varane and captain Sergio Ramos in the same window.

However, the report states that Varane ‘wants to try something new’ after 10 years with the club and will push for the exit.

Should that desire lead to a move to Old Trafford then Rashford would be happy, having singled Varane out for praise in a Q&A on Manchester United’s website.

“That is a tough question, Daniel,” he said when asked by a fan to pick the toughest defender he’s come up against.

“I think an individual is different to a unit. Some teams defend really well as units and it’s teams like Burnley, for example, who do everything as a four.

“So if one pushes up, they all push up. If one drops, they all drop. It can be, at times, difficult to find space.

“But then there are some top individual defenders – Van Dijk, Ramos.

“I thought, when we played against Real Madrid in a friendly, that Varane played and he was quite tough. So there are a few people.”

Varane is not the only defender linked with Manchester United this summer, with Villarreal’s Pau Torres and Atalanta’s Cristian Romero also in the frame, while Sevilla’s Jules Kounde has also cropped up regularly.

United are prioritising a central defender this summer, with depth in the department a clear weakness.

Injury to Maguire towards the end of the season left Solskjaer with just Victor Lindelof, Eric Bailly and Axel Tuanzebe to call upon in the position.

The club are also pushing ahead with their efforts to sign Jadon Sancho, with Borussia Dortmund reportedly ready to negotiate a lower transfer fee.