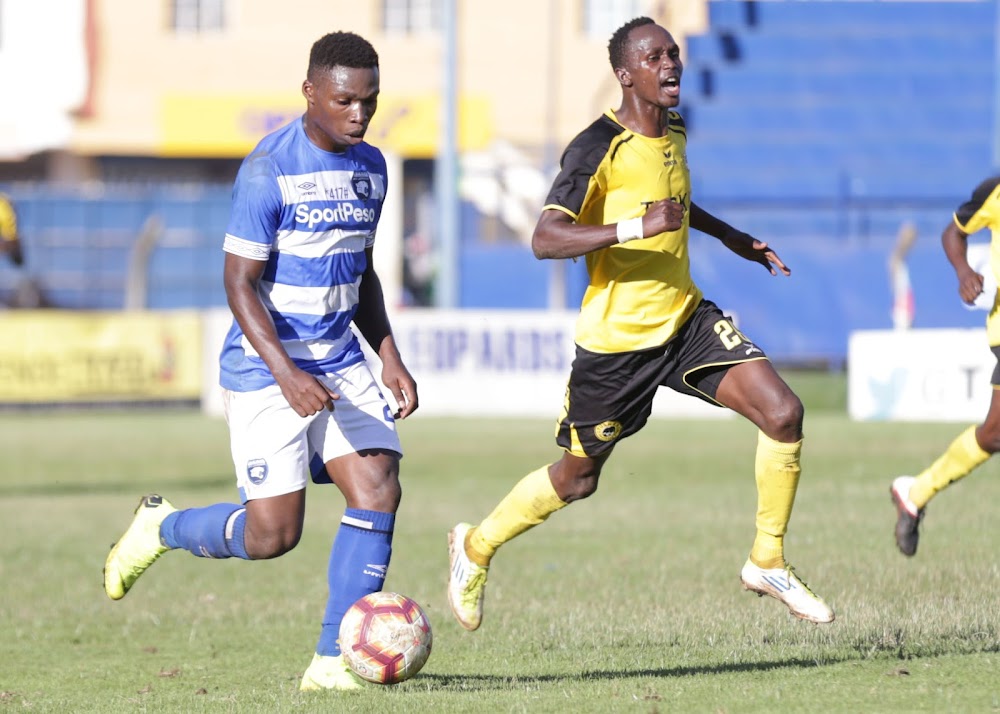 Tusker head coach Robert Matano is worried about the fitness level and alertness of his players ahead of their crucial Betway Cup quarterfinals tie against AFC Leopards at Ruaraka on Wednesday.

The two sides have momentarily put aside their fierce battle for the Football Kenya Federation Premier League title to flex muscles for a slot in the 2021 CAF Confederation Cup.

Matano observed his charges had exhibited clear signs of fatigue after a series of back-to-back encounters, adding he was contemplating a rotational plan to afford his squad members some time to rest.

“There was some element of fatigue because we have been travelling and playing three games in one week is not easy. But we are coming up well,” Matano told the official club portal.

“We will shuffle the team to ensure everyone remains fresh. We know we will do something better for the next match.”

The veteran tactician was full of good words for his players after they overcame a resilient Division One side Luanda Villa 1-0 on Saturday at Ruaraka.

“The most important thing was to win and I am delighted with the performance. The opponents showed their worth but it is always expected when a team faces a bigger opponent,” coach Matano said.

In an interview with the Star, AFC Leopards skipper Isaac Kipyegon said he would rather wait for the outcome of the match before he can consider saying anything about it.

“This is a tough match and, honestly, I can only hope for good results, but I prefer to remain mum until after the final whistle,” said Kipyegon.

Leopards, who are third on the top tier log with 33 points — four adrift of leaders Tusker — will look to embellish their cabinet with two major silverwares this season as they garner for both the FKF-PL and the domestic cup titles.

They set the stage for an abrasive duel with the brewers after seeing off Bungoma Superstars 4-2 at Thika Stadium on Sunday.

It will be the second match of the day that will follow hot on the heels of the opening encounter between Bandari and Equity.

Gor Mahia head coach Portuguese Vaz Pinto also echoed Matano’s concerns, saying the league fixtures were too congested and that his team deserved a pat on the back for having made it to this stage of the competition.

K’Ogalo will lock horns with Kariobangi Sharks at Utalii Grounds on Thursday after squeezing a narrow 2-1 win over Mara Sugar at Ruaraka Grounds on Sunday to romp through.

“You can imagine playing eight matches in 20 days. That’s quite demanding and so the boys have done commendably well to come this far,” said Pinto.

His Kariobangi Sharks counterpart, William Muluya, is convinced it is ultimately their year to take a bite at the continental showpiece.

“Our ultimate target is to proceed to the finals and we are working hard towards that objective,” said Muluya.

Sharks dispatched KCB 5-4 on post-match penalties after the sides played out to a one-all draw in regulation time at Utalii Grounds on Sunday.

In another match set for Thursday, high-flying Nairobi City Stars will square it out with a resurgent Bidco United at Ruaraka Grounds.