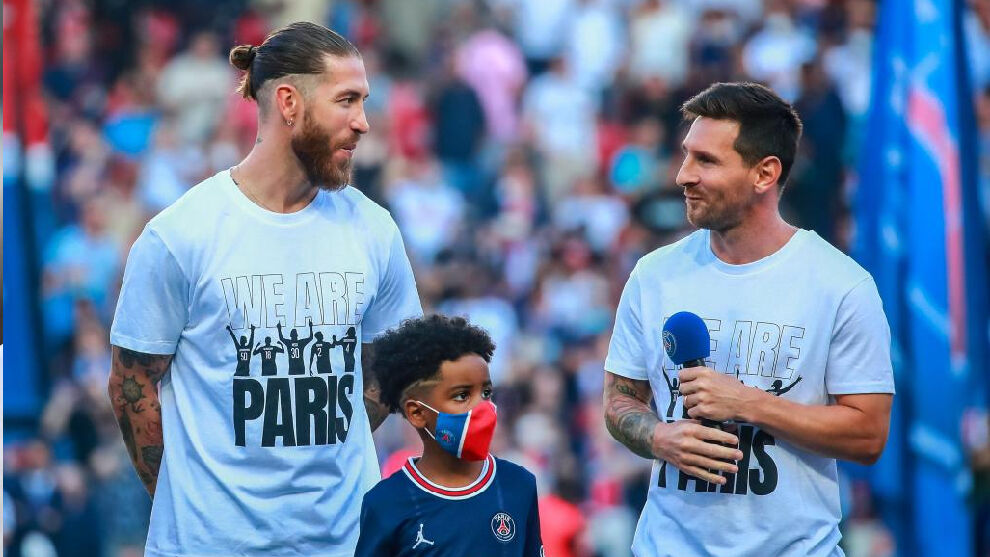 Lionel Messi will not make his Paris Saint-Germain debut this Friday night, as he has been left out of the squad for their Ligue 1 match away at Stade Brestois 29.

Another player that has missed out is Sergio Ramos, with PSG boss Mauricio Pochettino not prepared to rush either Messi or Ramos back too soon.

Messi has already demonstrated his quality to his new teammates in training, and it is expected that he will now make his debut on August 29, when PSG face Reims at the Stade Auguste-Delaune.

PSG‘s other new signings have been included in the squad to take on Stade Brestois 29 this Friday night, with Gianluigi Donnarumma set to challenge Keylor Navas for the No.1 shirt while Achraf Hakimi and Georginio Wijnaldum are expected to start.

Neymar has not been called up as he continues his mini pre-season, but Kylian Mbappe will be present at the Stade Francis-Le Ble, despite the heavy speculation surrounding his future at the club.