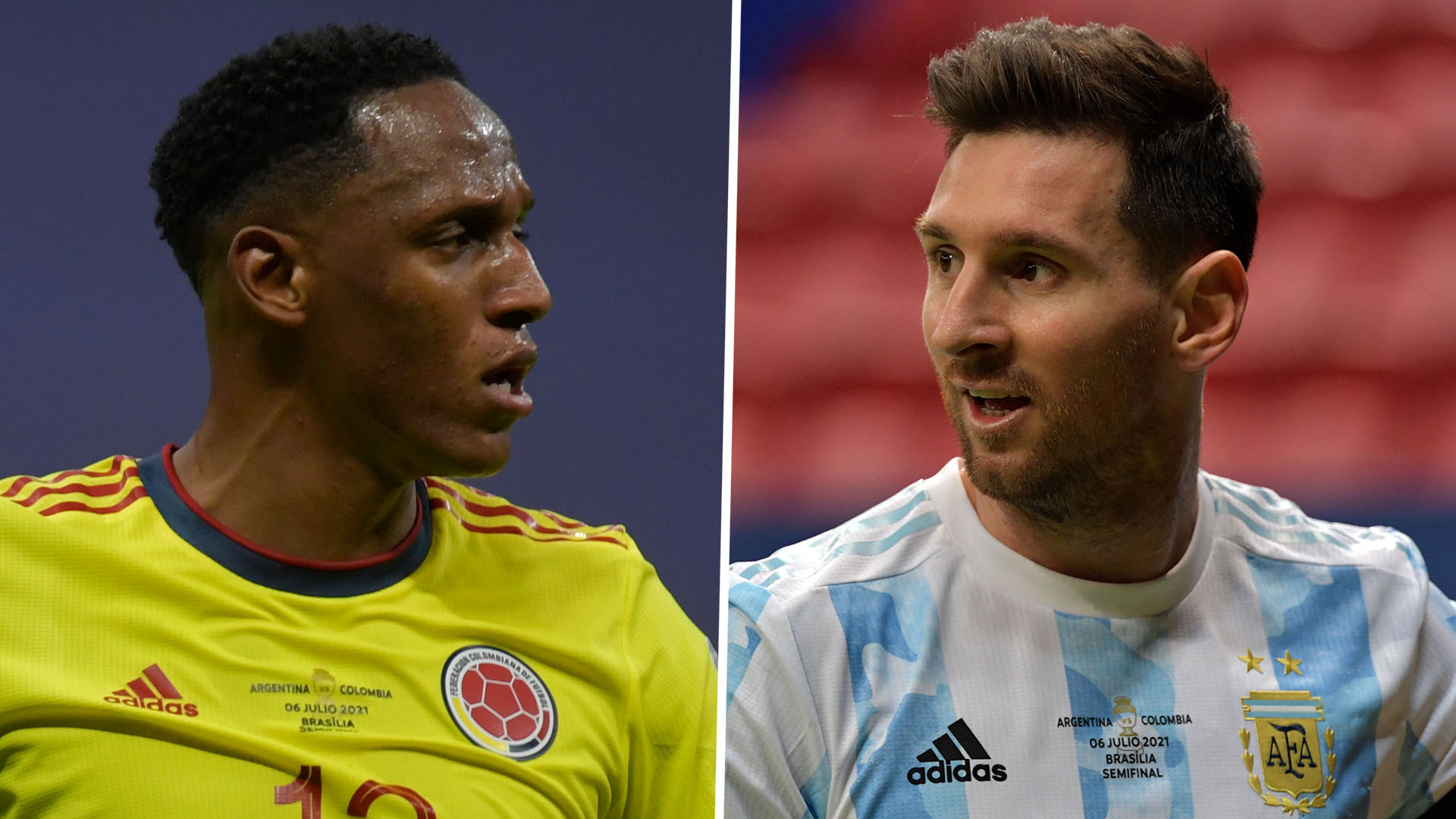 Lionel Messi was caught taunting Colombia centre-back Yerry Mina after his penalty miss in the Copa America on Tuesday night.

The Everton centre-back, who played alongside Messi during his time at Barcelona, saw his penalty saved by Emiliano Martinez, with Argentina going on to win the shootout to set up a mouth-watering meeting with Brazil in the final.

And Messi was caught on camera shouting ‘bailá ahora’, which translates in English to ‘dance now’, at Mina immediately after he missed his spot-kick.

Why was Messi taunting Mina?

Messi hasn’t spoken publicly about the incident although the suggestion is that he was reacting to Mina’s celebration after he had scored in Colombia’s penalty shootout win over Uruguay in the quarter-final of the competition.

During that last-eight tie, the Everton defender slotted home Colombia’s third spot-kick of the shootout – which Reinaldo Rueda’s side went on to win 4-2 – and proceeded to suck his thumb and then dance on the spot in celebration.

Mina wasn’t as fortunate in the semi-final, however, with Martinez diving to his left to keep out the penalty, which stopped Colombia going 2-1 ahead in the shootout.

And that sparked scenes of jubilation from the Argentina camp, with Messi in particular revelling in his former Barcelona team-mate’s failure to convert from 12 yards.

Argentina skipper Messi is seen jumping for joy and then bellowing ‘bailá ahora’ in Mina’s direction, which translates to ‘dance now’ in English.

Messi was one of Argentina’s successful spot-kick takers on the night against Colombia, with Leandro Paredes and Lautaro Martinez also putting their penalties away to secure a 3-2 win after the game had finished 1-1 after extra time.

Aston Villa goalkeeper Martinez was the hero, however, as he saved three of Colombia’s spot-kicks, from Mina, Davinson Sanchez and Edwin Cardona.

And 34-year-old Barca legend Messi was full of praise for his international team-mate, telling reporters after the game: “We have Emi, who is a phenomenon.

“We trusted him. We achieved the goal of being able to play all the games and now we are going to the final.”