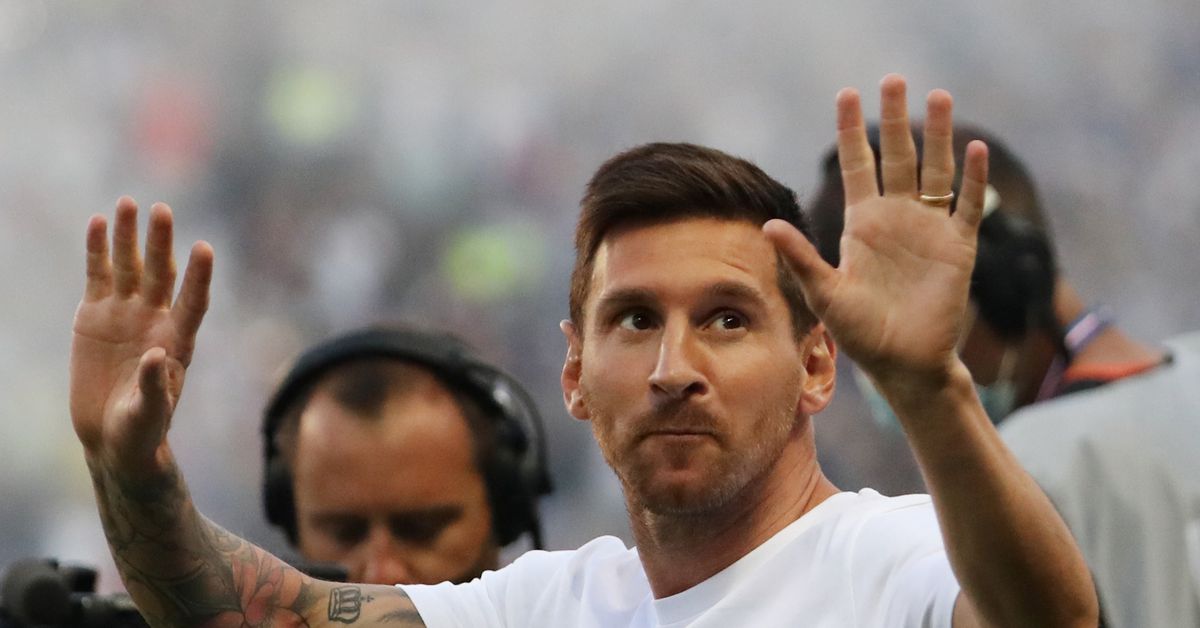 PARIS, Aug 14 (Reuters) – Paris St Germain presented Lionel Messi to fans inside the Parc des Princes stadium ahead of their Ligue 1 clash with Strasbourg on Saturday, but the Argentine was not included in the squad for the match.

Messi took to the field pre-match along with fellow new recruits Sergio Ramos, Gianluigi Donnarumma, Achraf Hakimi and Georginio Wijnaldum, and spoke to the raucous crowd.

“It has been a very special week for me,” he said. “I want to thank everyone for the reception since I arrived in Paris. It has been truly incredible. I feel very happy and excited.

“I hope together we can enjoy this year and make it a great year for us. I am very excited about everything.”

As expected, Messi was not named in the match squad after coach Mauricio Pochettino said this week that the 34-year-old is not yet fully fit.

Italy goalkeeper Donnarumma and veteran defender Ramos were also not included. Hakimi and Wijnaldum were selected to start.

Messi joined PSG this week on a two-year contract with the option of extending it by another year after Barcelona said they could not afford to keep him because of LaLiga’s financial fair play rules.